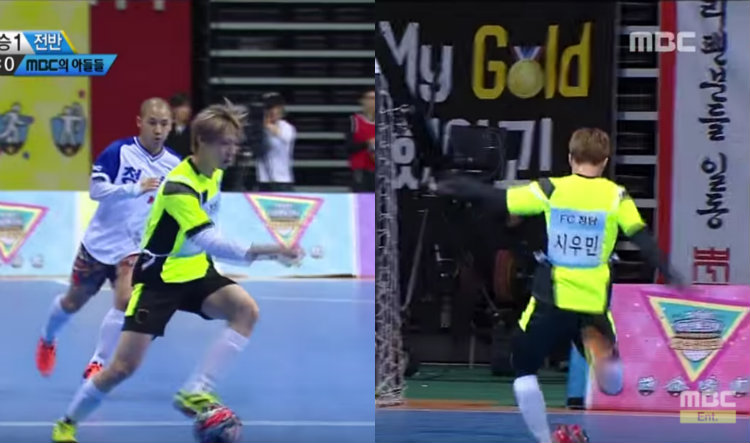 At the “2106 Idol Star Athletics Championships,” idols competed against each other in futsal, archery, track, and Korean wrestling. For the February 9 episode of the championships, MBC aired the futsal game between FC Cheongdam and MBC’s Son’s.

For the FC Cheongdam team, EXO‘s Xiumin scored the first goal for the team and VIXX‘s Leo scored the second. Beatwin‘s Jungha scored the third. Lunafly‘s Sam scored the fourth. VIXX’s Ravi scored the fifth and sixth goals, allowing FC Cheongdam to win 6:2. The team showed good teamwork with passing the ball, and goalkeeper Sean Lee was able to block many balls from the opposing team, even from the former national athlete Lee Chun Soo. For MBC’s Sons, Bigflo‘s Hightop and rapper Din Din scored goals for their team.

MBC has uploaded a clip of Xiumin’s and Leo’s goals, which you can watch below.