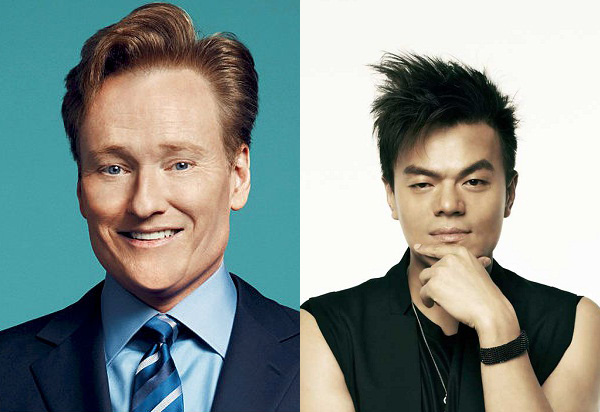 In a statement given to Osen on February 11, a representative from JYP Entertainment confirmed that preparations for the collaboration are underway, but was tight-lipped about any other details. The representative emphasized the fact that nothing has yet been decided upon, so the project really could be anything, from a music collaboration to a special appearance in a music video.

Meanwhile, Conan O’Brien will be in Korea from February 14 to the 18 in order to film for his TBS talk show, “Conan.” Conan O’Brien also previously “The Tonight Show” and “Late Night.”

What are your thoughts on the collaboration?