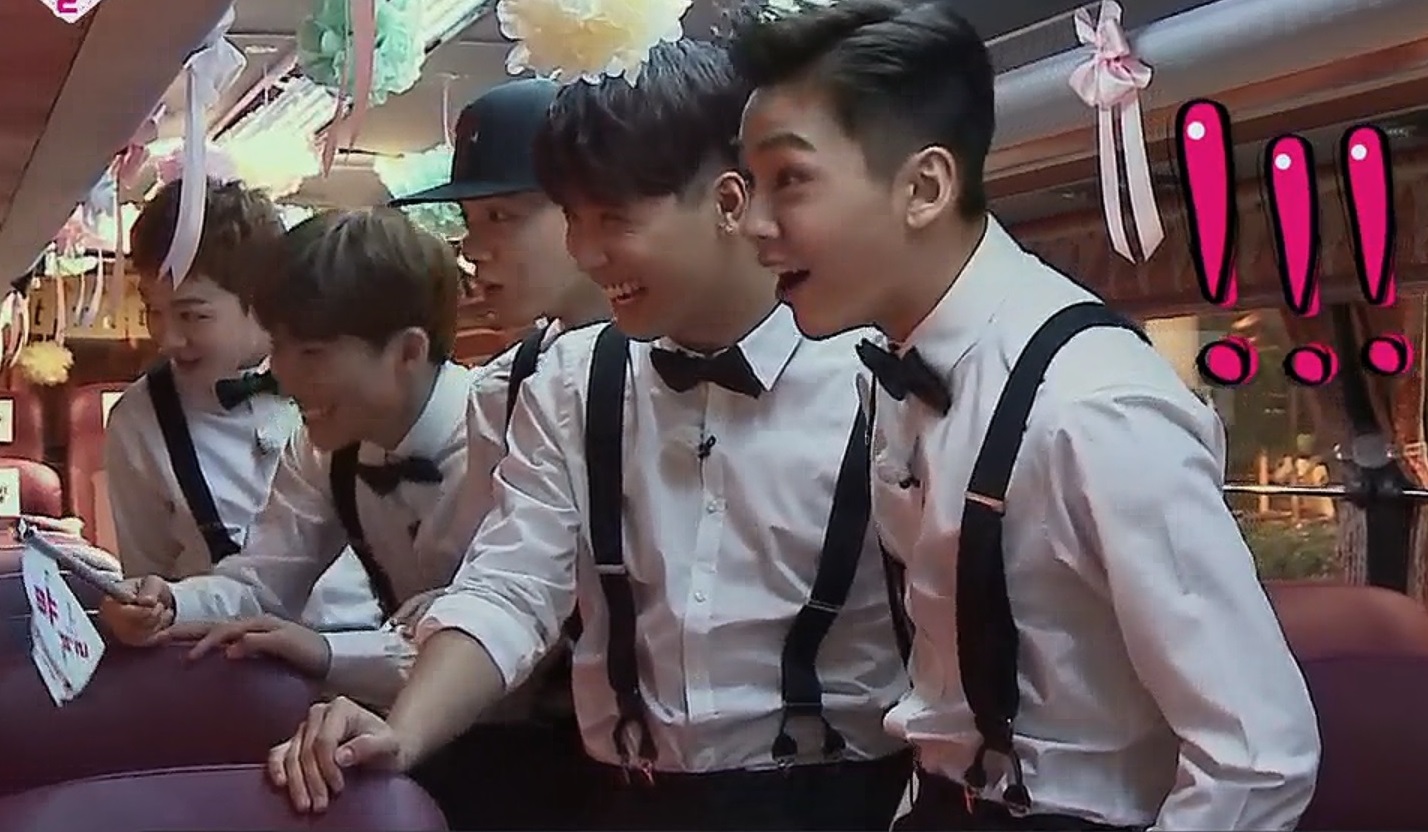 7 Times K-Pop Stars Were Starstruck by Other Idols

Not even idols are immune to being huge fans of other stars. Ever wonder which K-pop stars are fans of other idols? While some show their love by running and hiding when they first meet their favorite celebrities, others express themselves by dancing along. This list has a few of the many idols who had their inner fanboy/fangirl caught on film for the world to enjoy.

Known by nearly all GOT7 fans to be a huge BIGBANG fanboy, Bam Bam finally got to meet his idol during a music show. In the segment, they have a short interview in the elevator, where Bam Bam thanks G-Dragon by telling him, “I was able to get this far because of you.”

Chanyeol over BTS and Zico

EXO’s Chanyeol really gets into the groove when he’s watching other groups perform live. In one “Chanyeol Reacts” fancam, he can’t hold back when Zico and BTS are on stage, dancing along with the beat. Sehun gets into the rhythm a bit too, but Chanyeol goes all out.

GOT7 Jackson is a major fan of MMA fighter Song Gayeon, and although she’s not an idol, Jackson’s reaction when he meets her on “Roommate” is priceless. After he opens the front door, walks downstairs and sees her, he scurries back into his room, shuts the door, and lets out a fanboy scream.

Then when Gayeon goes to greet him, Jackson runs out and shyly hides in the kitchen, lying down on the ground.

Sometimes entire groups fanboy over others, like in the case of BTOB when they met Red Velvet on “We Got Married” for a special episode. When the five BTOB members see Red Velvet from the inside of the bus, they comment on how cute they are before ducking down and hiding.

Infinite’s Sungyeol is a major fan of Girls’ Generation’s Taeyeon, saying that she’s always been his ideal type. On an episode of “Law of the Jungle,” Taeyeon sends a video message to Sungyeol, mentioning that she heard what he said and wished him luck on the program. Sungyeol starts blushing and can’t stop smiling the entire way through.

This is more of a case of both groups being fans of each other. After Girls’ Generation won first place for their final performance of “Lion Heart,” Red Velvet started dancing to the song with them on stage as part of their encore performance. It really feels like Girls’ Generation is passing the torch to their little sisters, partly due to their outfits and the striking height difference between them.

BTS’s Jimin has shown his inner fanboy for BIGBANG’s Taeyang on more than one occasion, from hilarious spot-on vocal impressions to calling Taeyang the singer he most admired and respected before he debuted. He even covered part of “Ringa Linga” in a Bangtan Bomb clip.

But honestly, is anyone not a fan of Taeyang?

What other idols do you know that let out their inner fanboy or fangirl around their favorite stars?