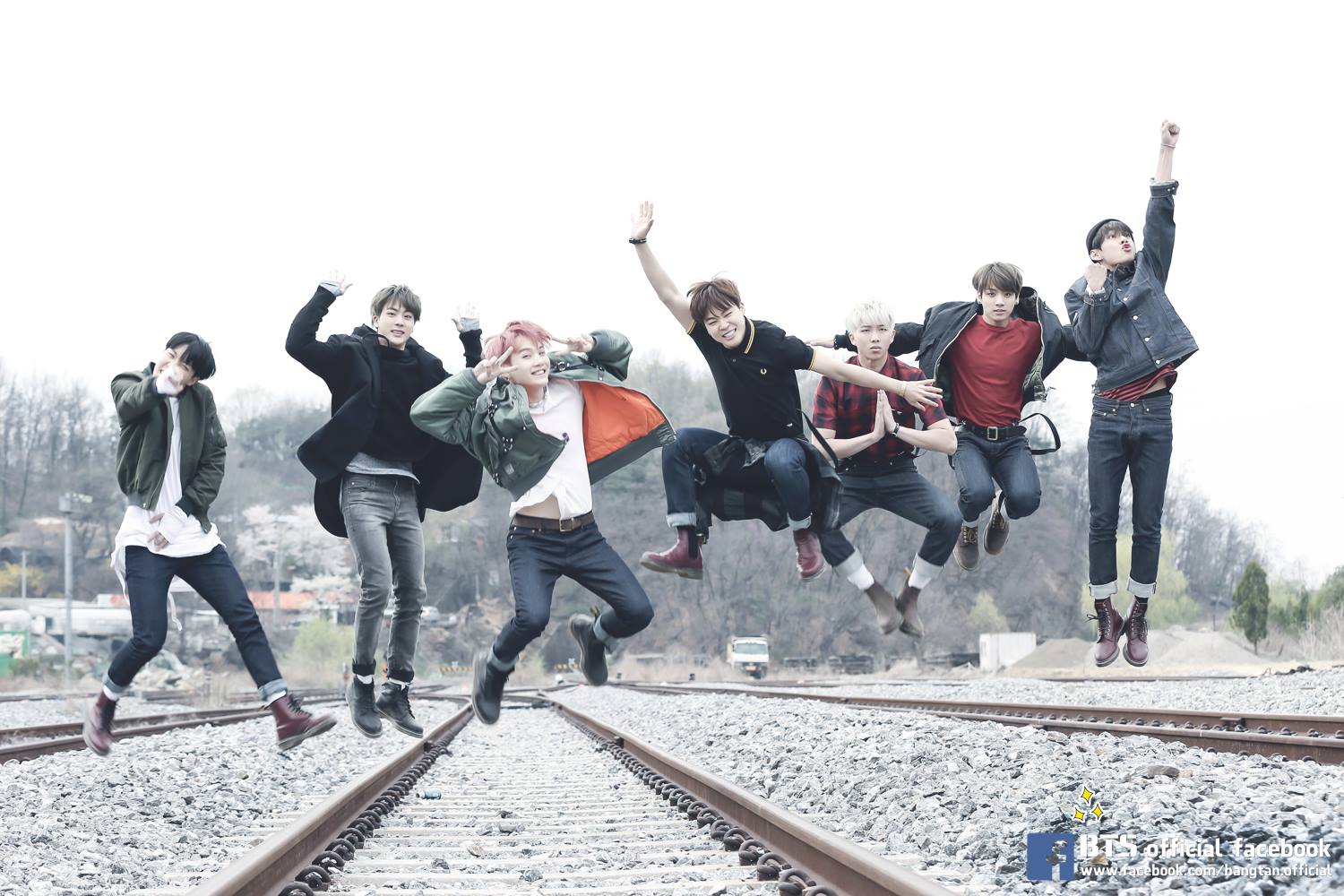 Joining the ARMY: My Experience Entering the BTS Fandom

BTS has flown under my radar for the past year or so. I had heard and liked some of their music, especially “I Need U,” but for some reason I kept my distance. I already had several K-pop loves in my life, and I was content; I didn’t feel the need to devote myself to yet another group.

Not too long ago, someone sent me the music video for “Dope” and insisted that I watch it. I obliged, but felt a little weird about it since the BTS members are significantly younger than I am (and most of the groups I like), so I didn’t pay much attention.

But finally, after watching several videos of BTS for my article on the most aegyo K-pop idols, I decided to take the leap: it was time to join the ARMY.

Usually, when I venture into a new fandom, I immediately gravitate toward a bias. I can pinpoint the exact moment that snagged me for each of my biases.

BEAST was my first K-pop love, and I fell for Doojoon right away (how can you not fall for Korea’s boyfriend-idol); seeing him in “IRIS 2” not long after I became a B2TY sealed the deal.

For SHINee, the first music video I saw was “Sherlock,” and I was instantly struck by Jonghyun’s voice (I’m a sucker for strong vocals).

EXO: when I heard “Mama,” I was immediately sold on whoever sang that powerful opening line, which was none other than D.O. (although these days, the beagle line and Kai are constantly wrecking my EXO bias list).

The same goes for every other K-pop group I like, from VIXX (N) to A Pink (Eunji) to MONSTA X (Shownu), etc, etc.

With BTS, however, I ran into an unexpected obstacle. I began my ARMY training by going back to the “Dope” music video. The way each member gets some individual screen time should have made it easy for my bias radar to kick in and ping whoever was fated to be my BTS bias. But something strange happened… I couldn’t pick. And even after I watched more of their videos and variety shows, I still couldn’t choose.

So, Soompiers, I turn to you: Can you help me solve my BTS bias crisis?

Here’s the vicious cycle in which BTS has hopelessly trapped me:

When J-Hope easily topped my list of the most aegyo male idols, I thought that he would be my bias. At that point, I still wasn’t very familiar with BTS or their music, but J-Hope stood out to me because, well, he’s ridiculous:

But J-Hope doesn’t seem to get as much screen time in the music videos (forgive me if this is touching on a sore spot for ARMYs), which makes it harder for me to know if he is my one true bias. Dear Big Hit Entertainment, more J-Hope, please!

Speaking of BTS music videos, I think the first person to stand out to me in the music videos was Jungkook. He’s got that charmingly mischievous look about him.

And of course, there’s this… 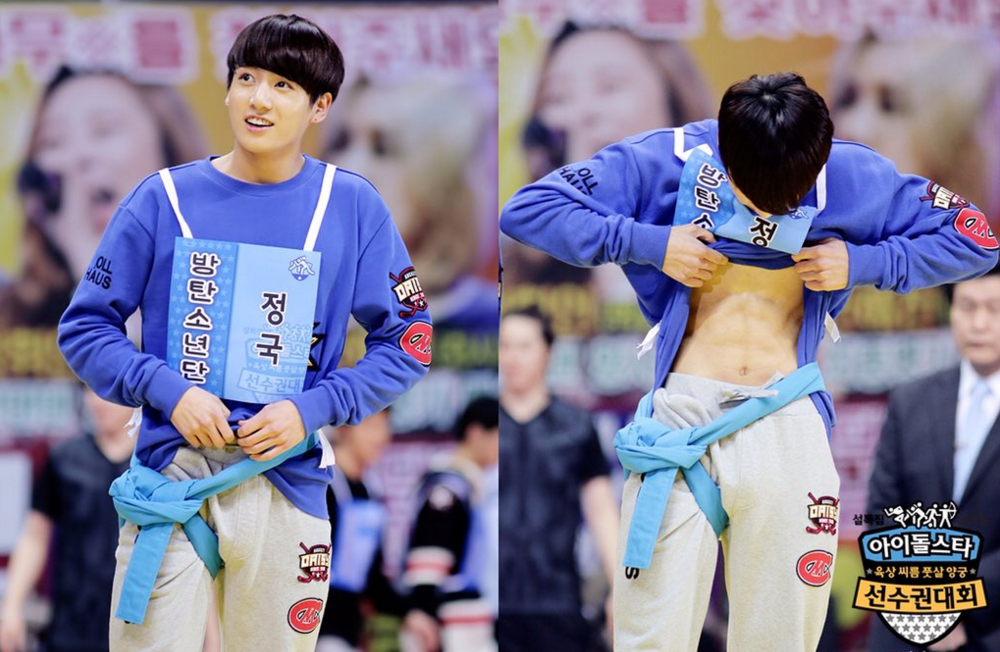 But the thing about Jungkook is — I may be giving away my age here, but whatever — HE IS SO YOUNG. Jungkook is so cute, but I don’t feel like I should be attracted to someone so much younger than I am. So I try to keep it, you know, noona/dongsaeng vibes only, but that face…

So let’s go to the opposite end of the spectrum: the oldest of BTS. Jin‘s adorable expressions definitely caught my eye in the “Dope” music video.

If Jungkook has a little bit of the playful bad-boy look, Jin just looks like the sweetest marshmallow. Who could resist that smile?

Also, judging from the abundance of GIFs of Jin eating (and looking ridiculously cute while doing so), we are probably foodie soulmates.

But if we’re on the topic of adorable smiles…

After getting the tough rapper vibe from Suga in the music videos, I was taken off guard by his crinkly-eye smile when I watched BTS on variety shows like “Weekly Idol.” Just look at this little puppy face!

Don’t you just want to hug him??

Also, I dig a guy who can pull off green hair.

But hey, speaking of rappers…

I’m not sure who he’s trying to fool with a name like Rap Monster, because while he’s certainly a great rapper, he’s clearly anything but a monster.

I can’t even with the derpiness of his antics???

But, if you wanna talk about expressive faces…

Here we have V, whose face sometimes looks like this:

For some reason, V might not have initially stood out to me as bias material… but with a face like this, how could he not be in the running?

But there’s still one more member to go…

Last but certainly not least, what does one do about Jimin?

Jimin also did not catch my eye at first, which is strange given that he seems to be front and center so often…

Not that I’m complaining, because this kid’s got it all: the voice, the dance skills… and of course, the adorable silliness that (if it wasn’t already obvious) I’ve found to be one of the best things about BTS.

So, who comes out at the top of my BTS bias list?

…I still have absolutely no idea. DARN YOU, BTS.

Just when I think maybe I’ve settled on a bias, I watch another video or read something new on Soompi, and I’m back to square one.

Clearly, my training in the ARMY has only begun. Will I ever be able to choose a BTS bias?!?!

Soompiers, who is your BTS bias? What about your bias won you over?