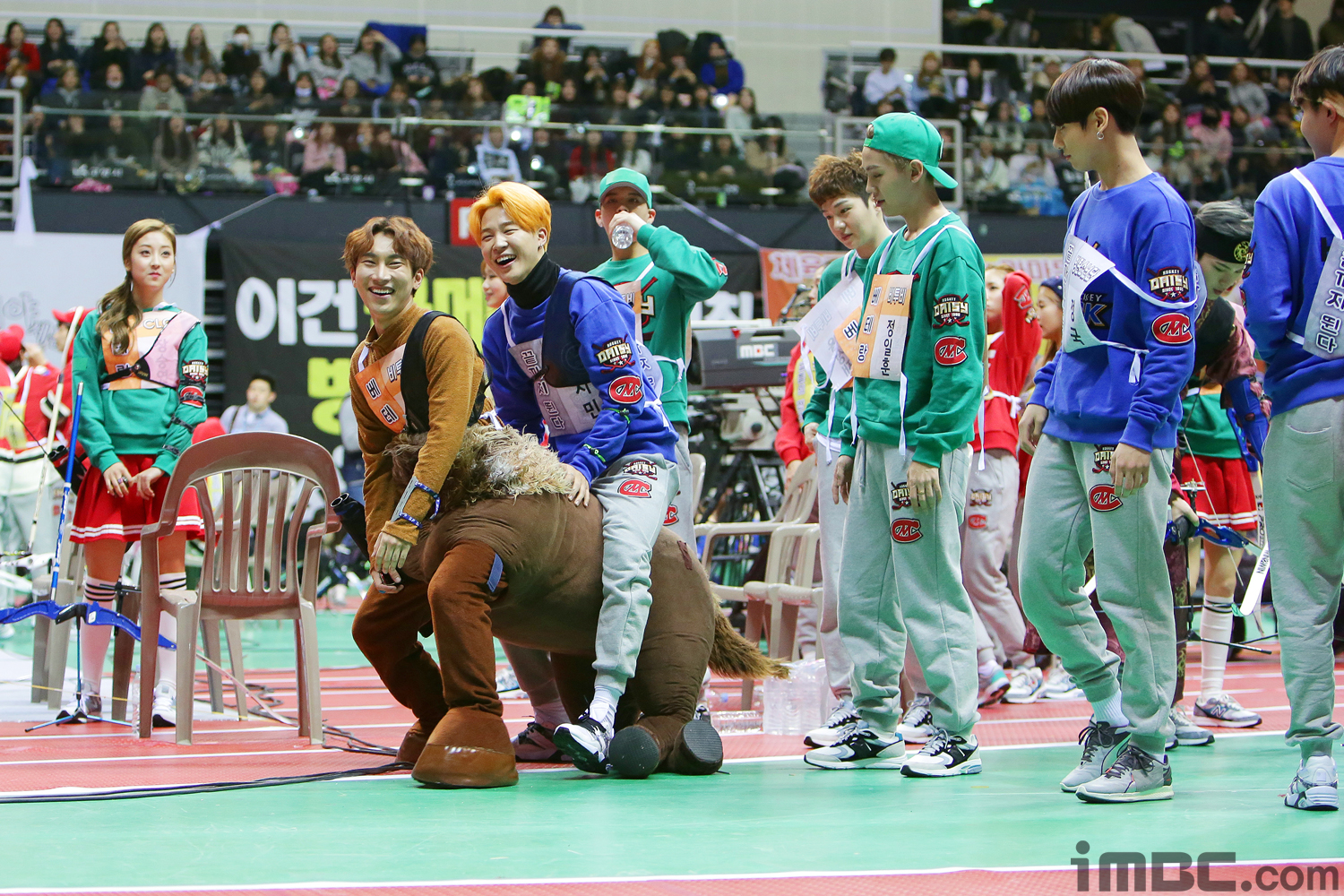 BTOB member Eunkwang’s hilarious horse costume at the “2016 Idol Star Athletics Championships” was not only a hit with fans and viewers, but also with the other idols! 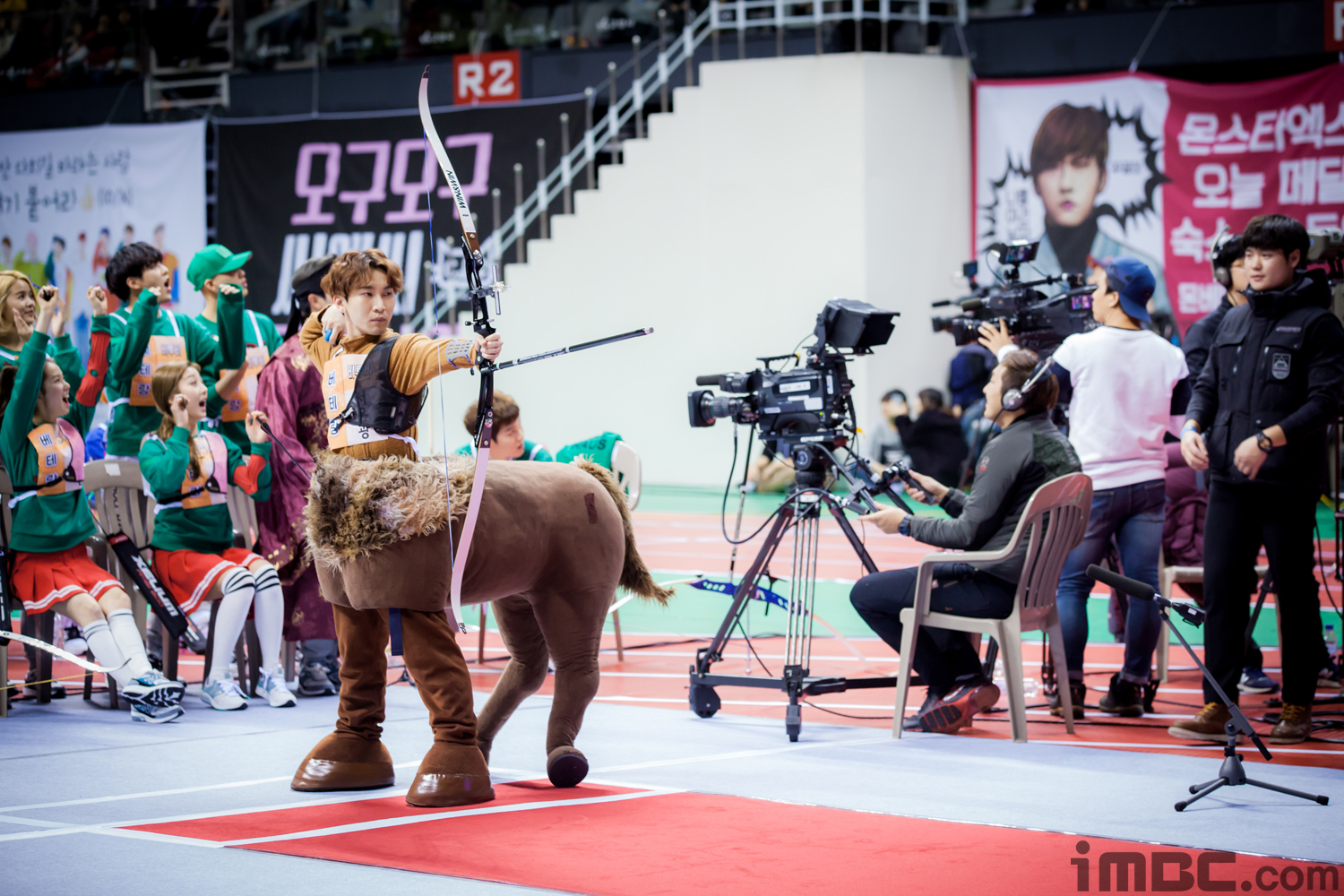 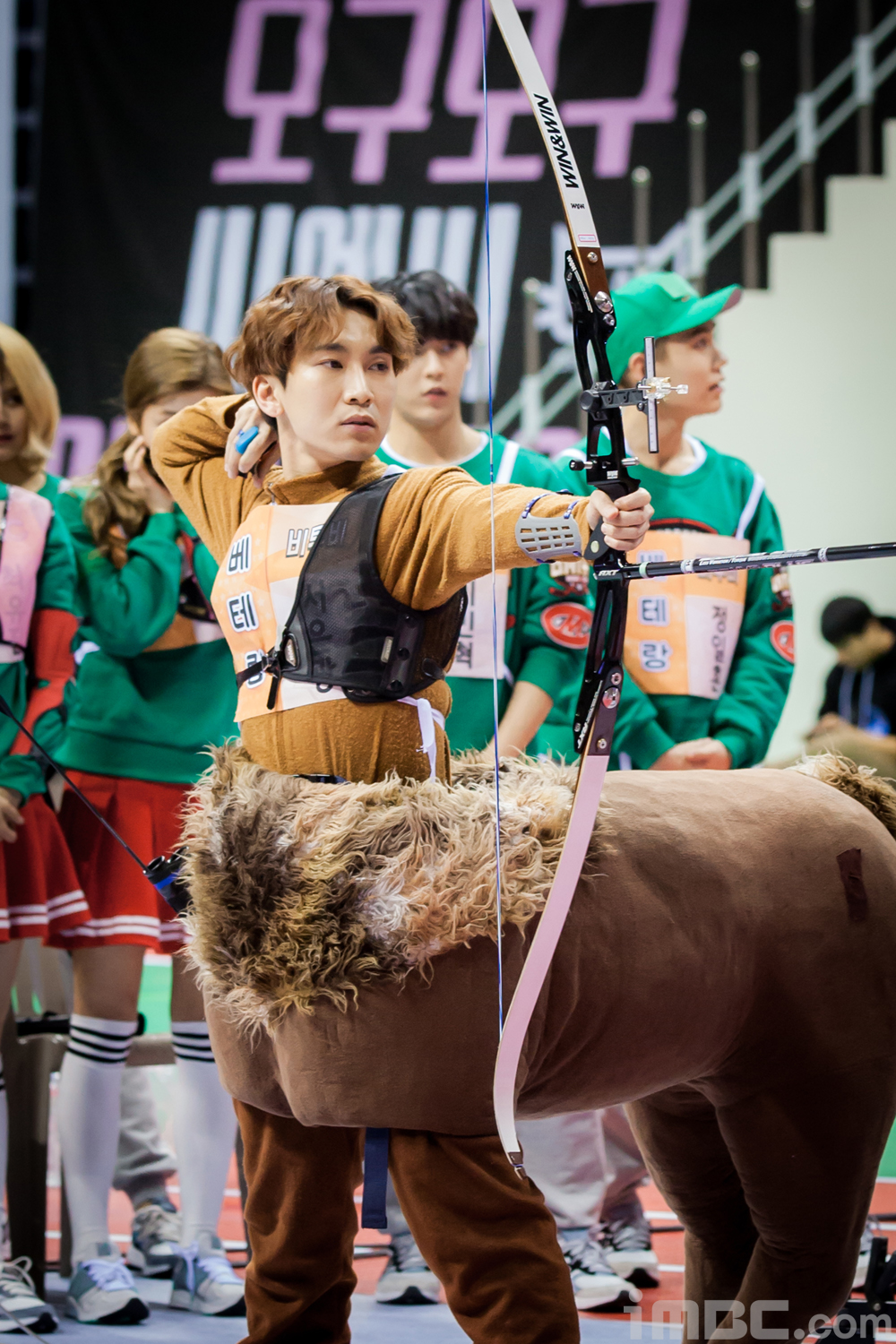 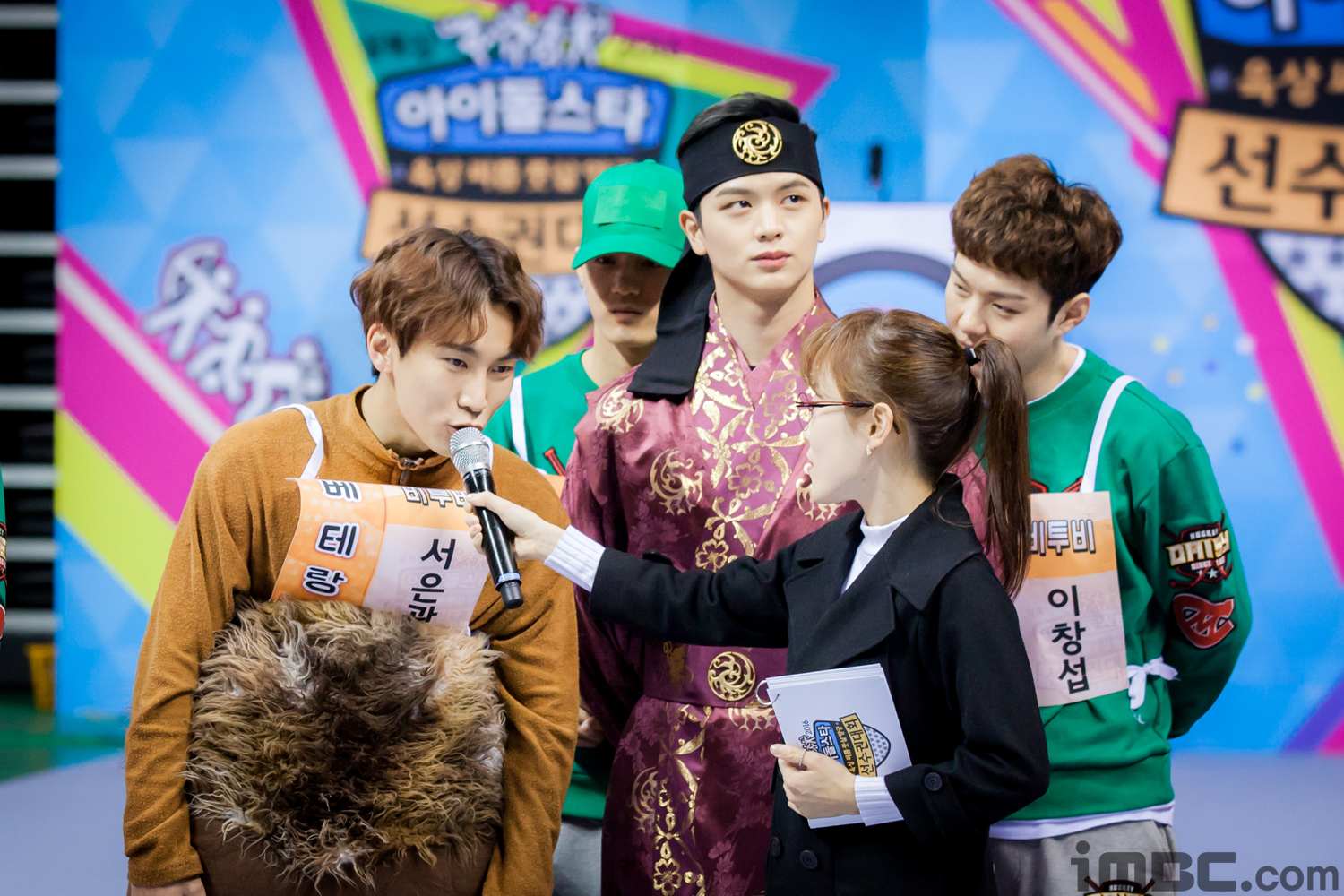 While taking breaks between competitions, many of the idols showed a lot of interest in his costume. At one point, VIXX’s N posed for a picture with Eunkwang, putting his leg up over the horse costume’s back as though trying to get on to ride it. 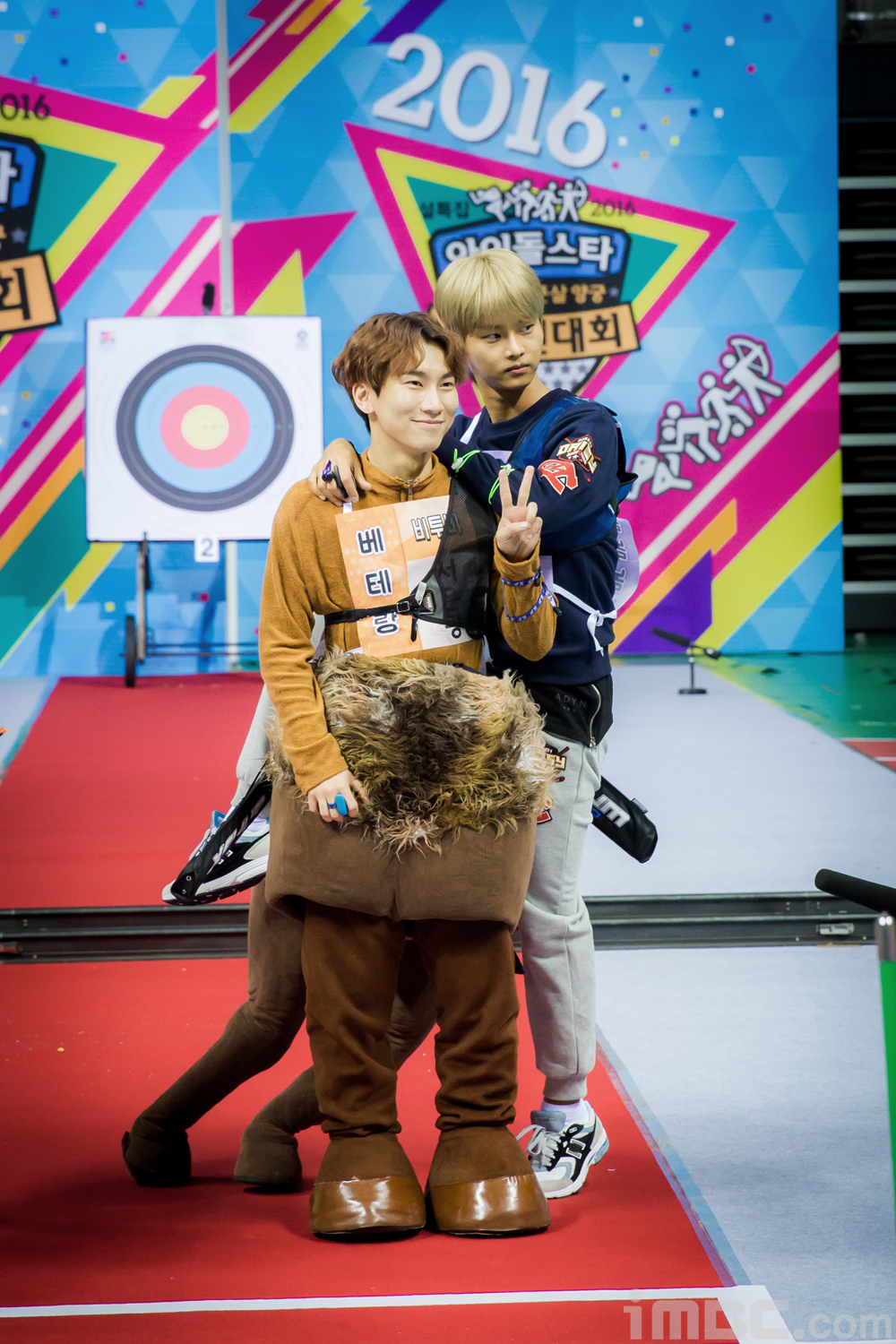 Even Eunkwang’s fellow members had to check out the costume for themselves. Unfortunately, Eunkwang had to sacrifice comfort for laughs because he wasn’t able to sit in the costume, which led to some hilarious-looking poses. 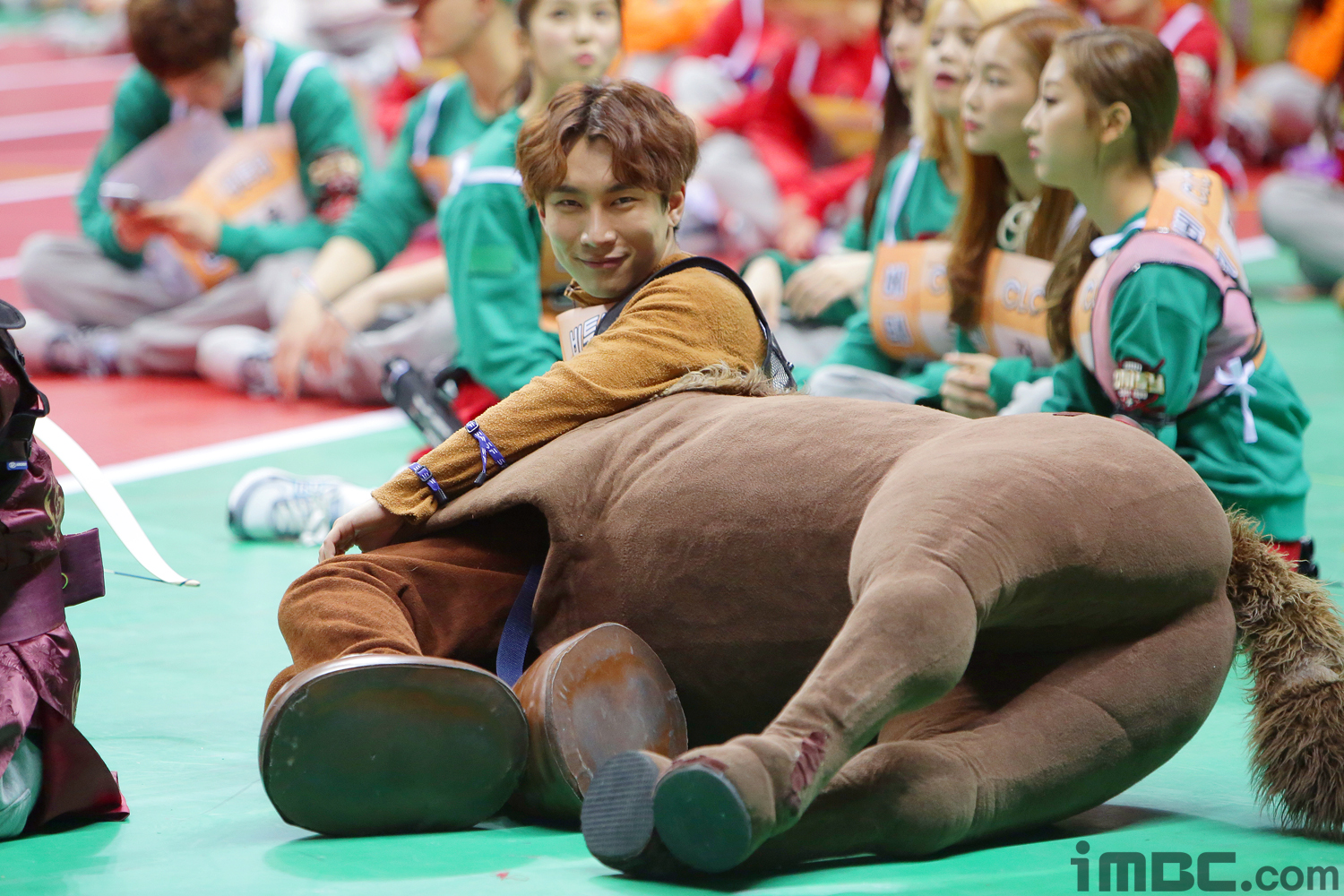 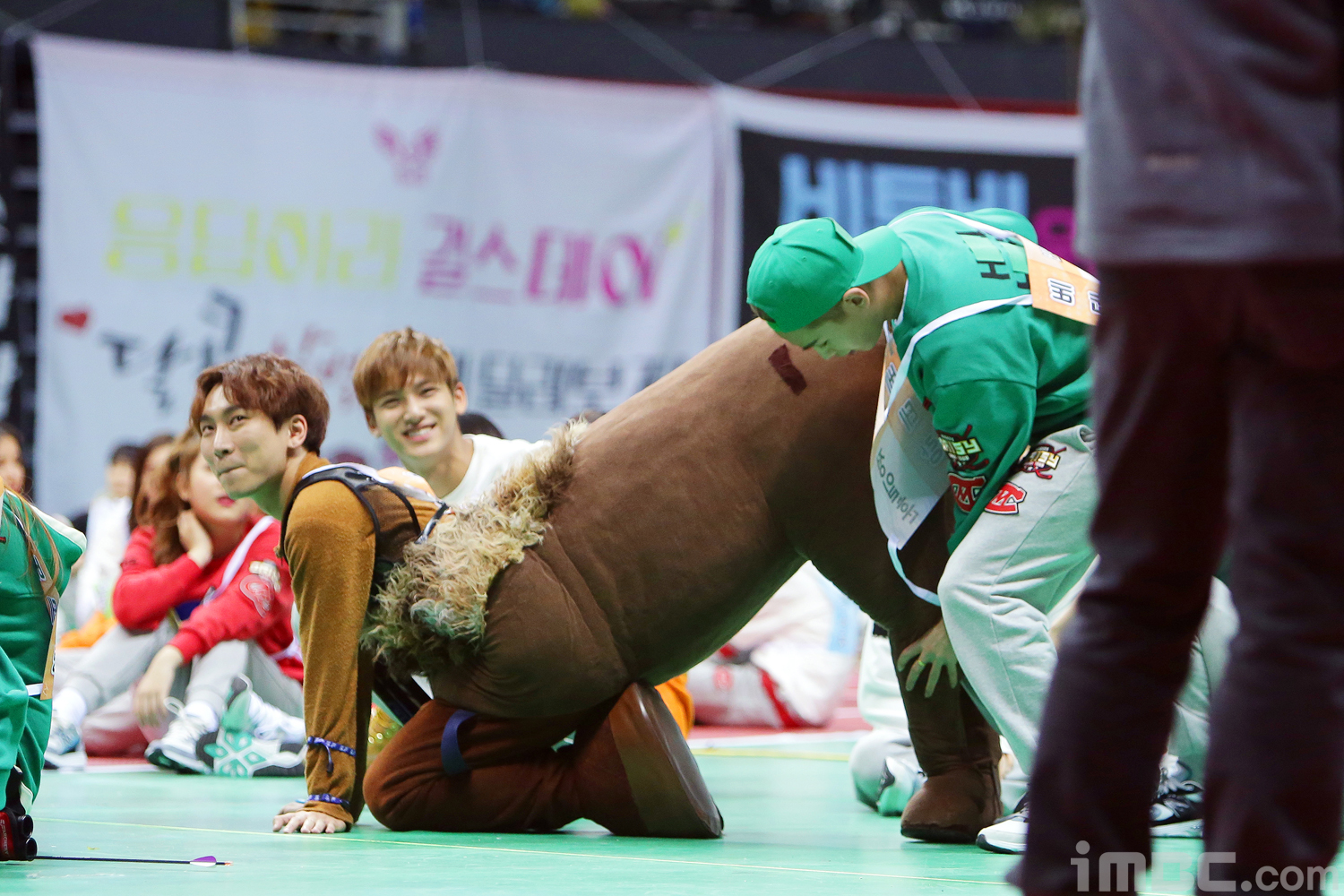 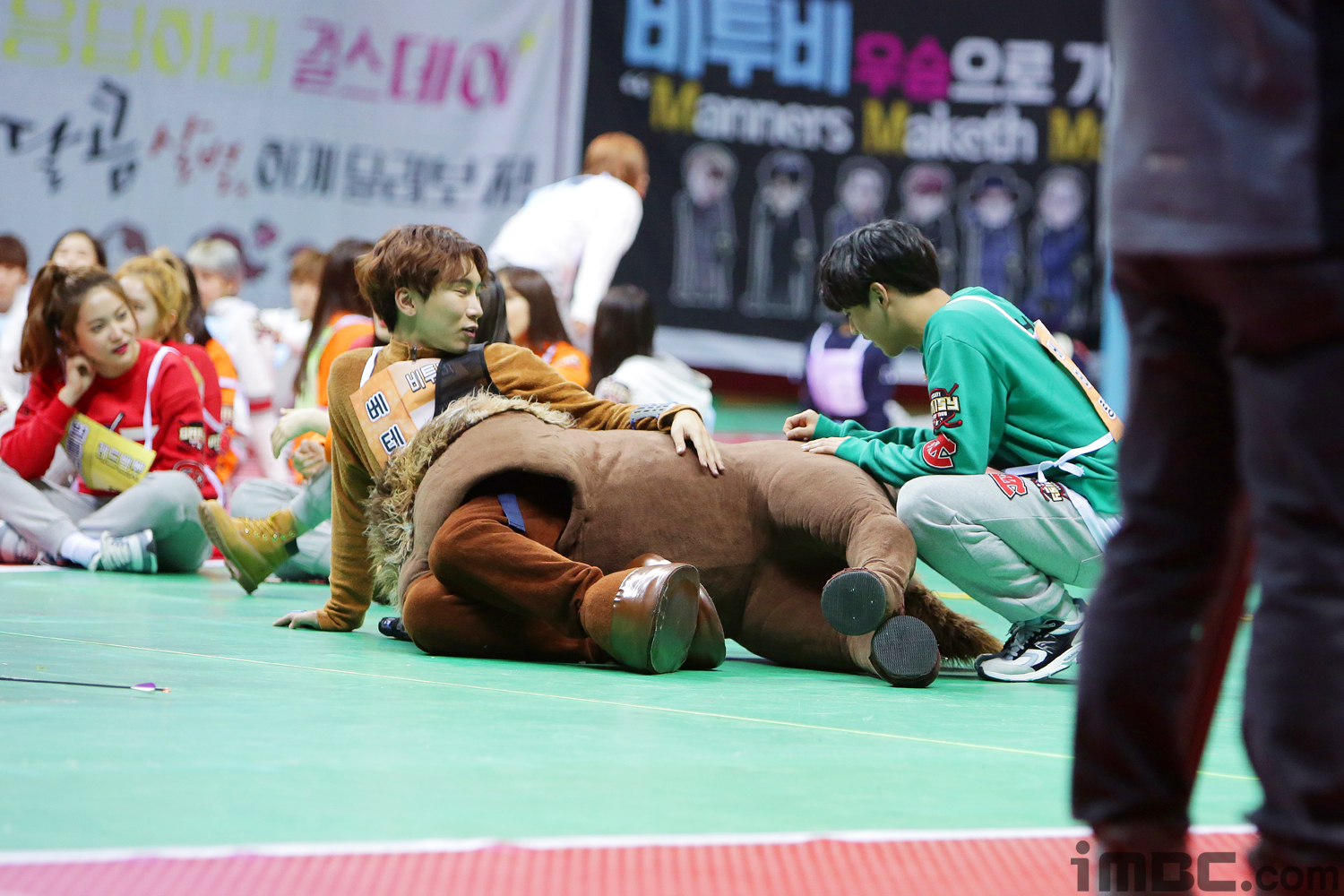 The guys of BTS, including Jungkook and Rap Monster, were spotted talking to Yook Sungjae and Eunkwang as well, with Jungkook looking a bit tempted to jump on. 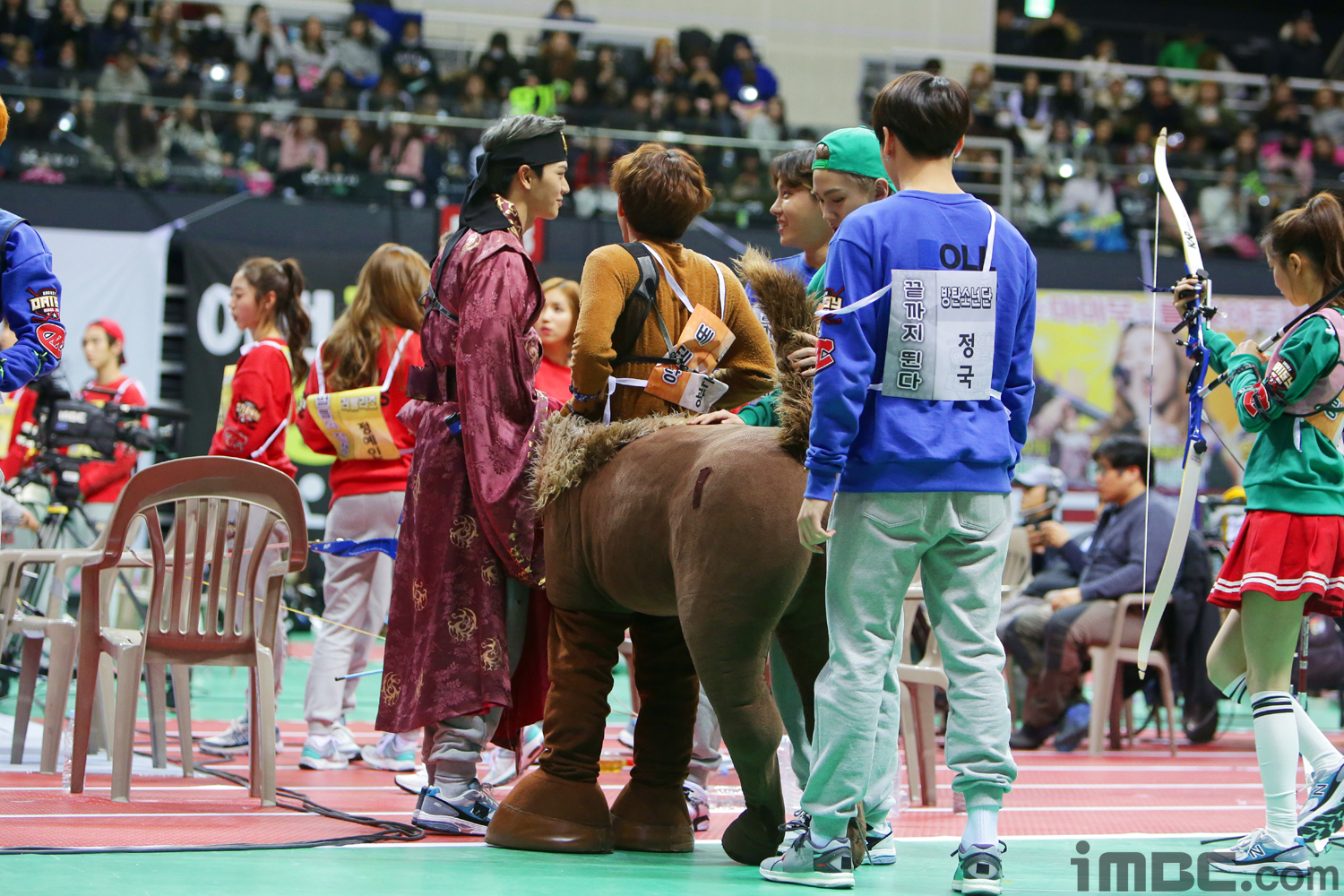 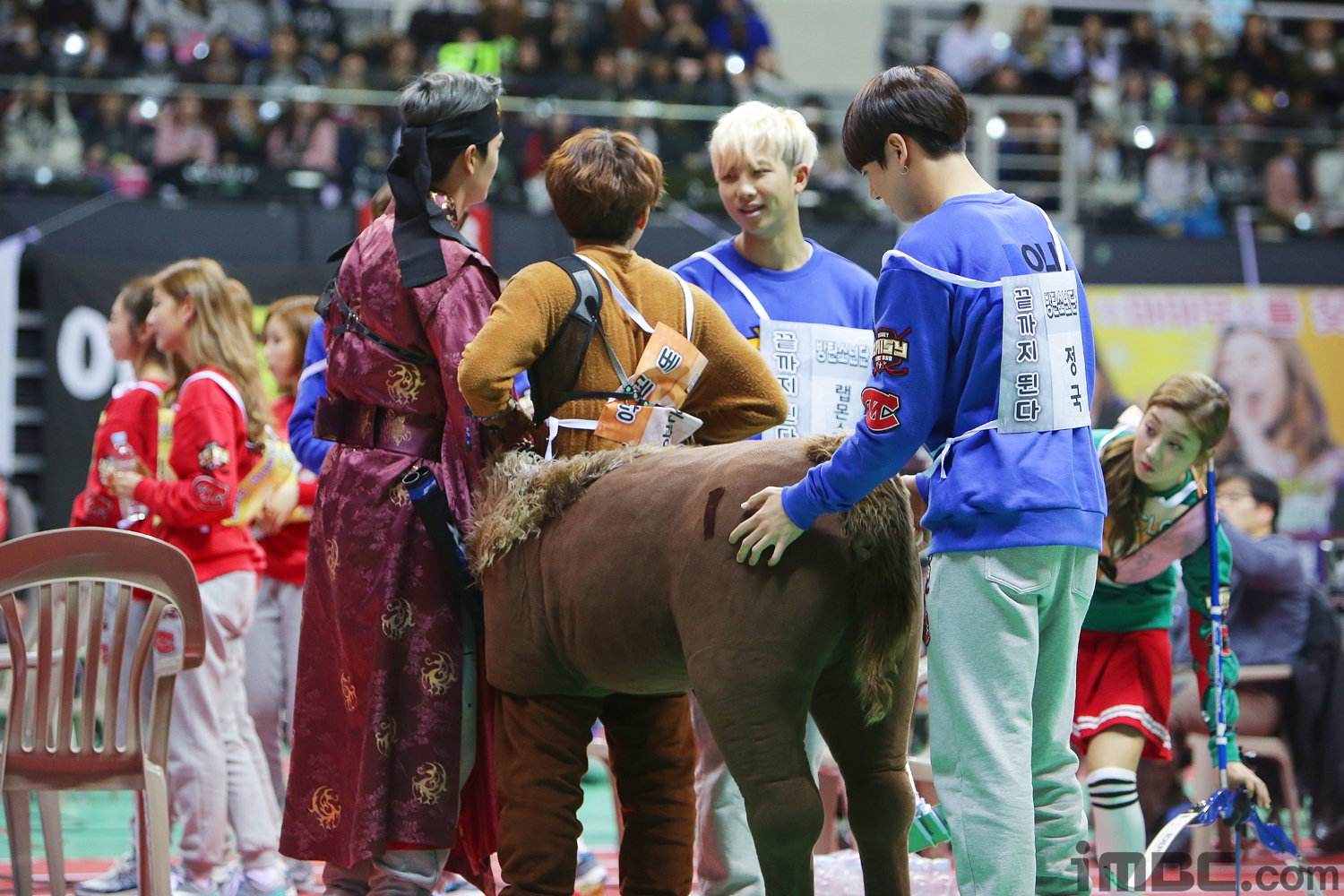 Their fellow member Jimin just goes for it, and takes a running leap at Eunkwang. He jumps onto the horse’s back and happily tries to ride it. 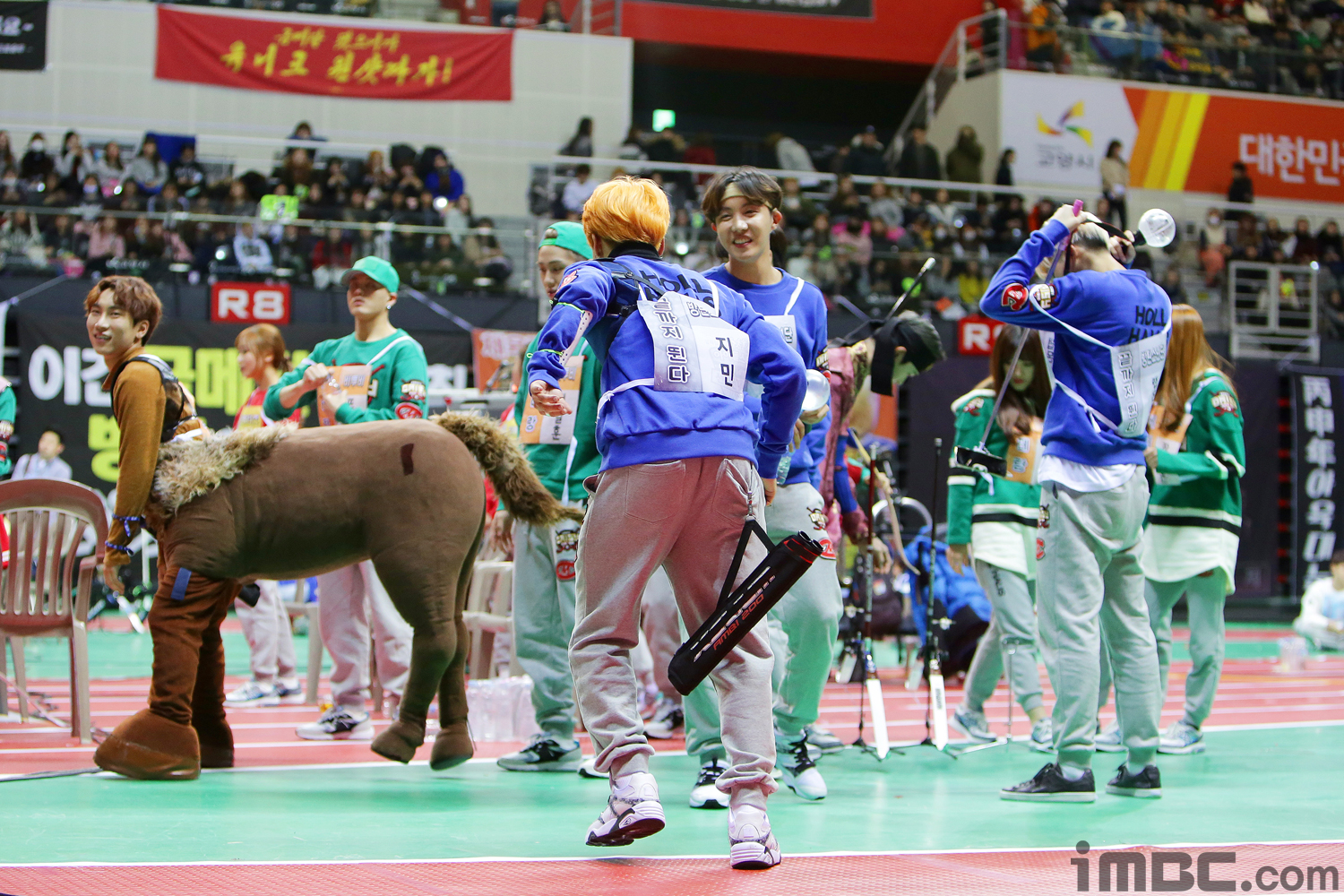 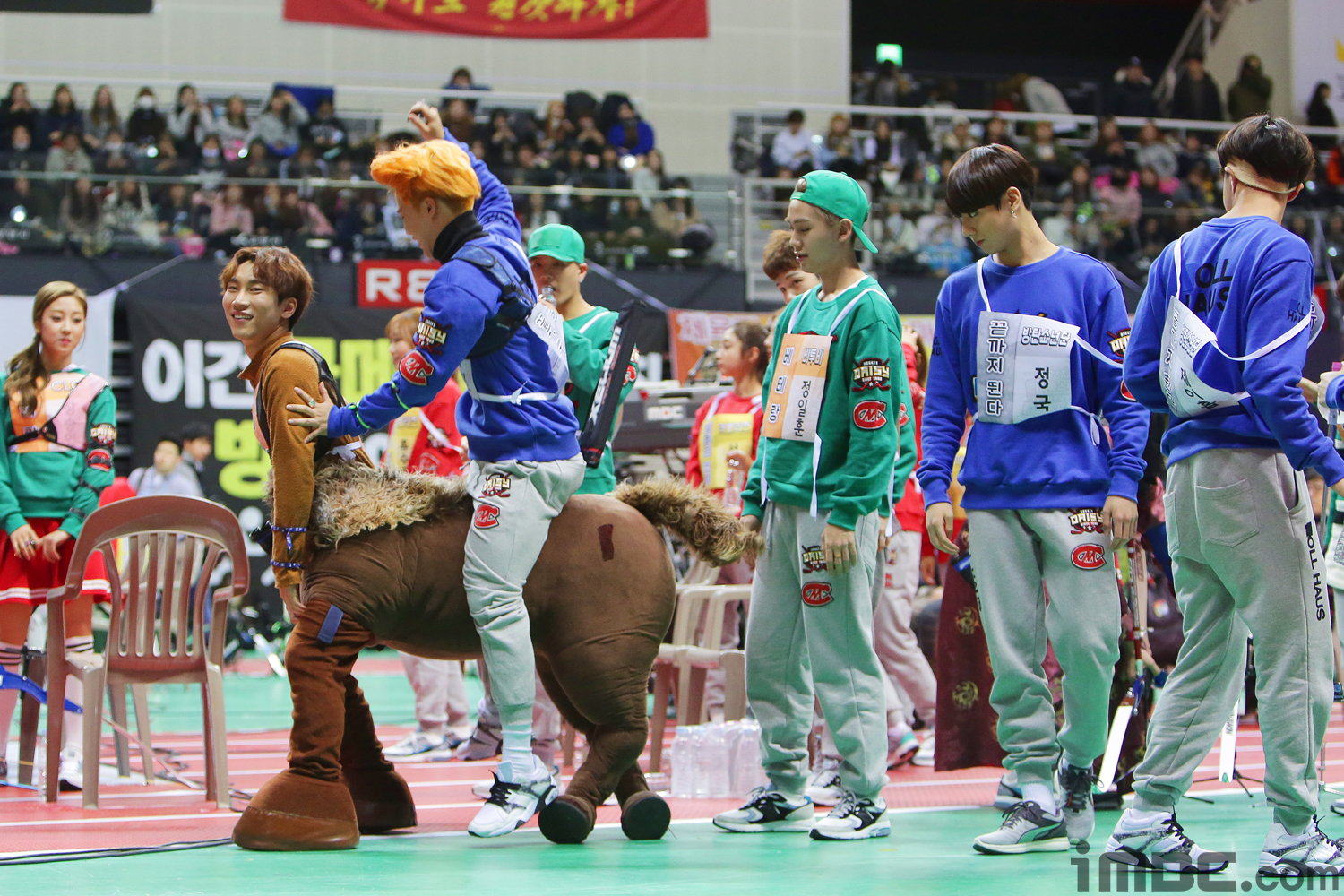 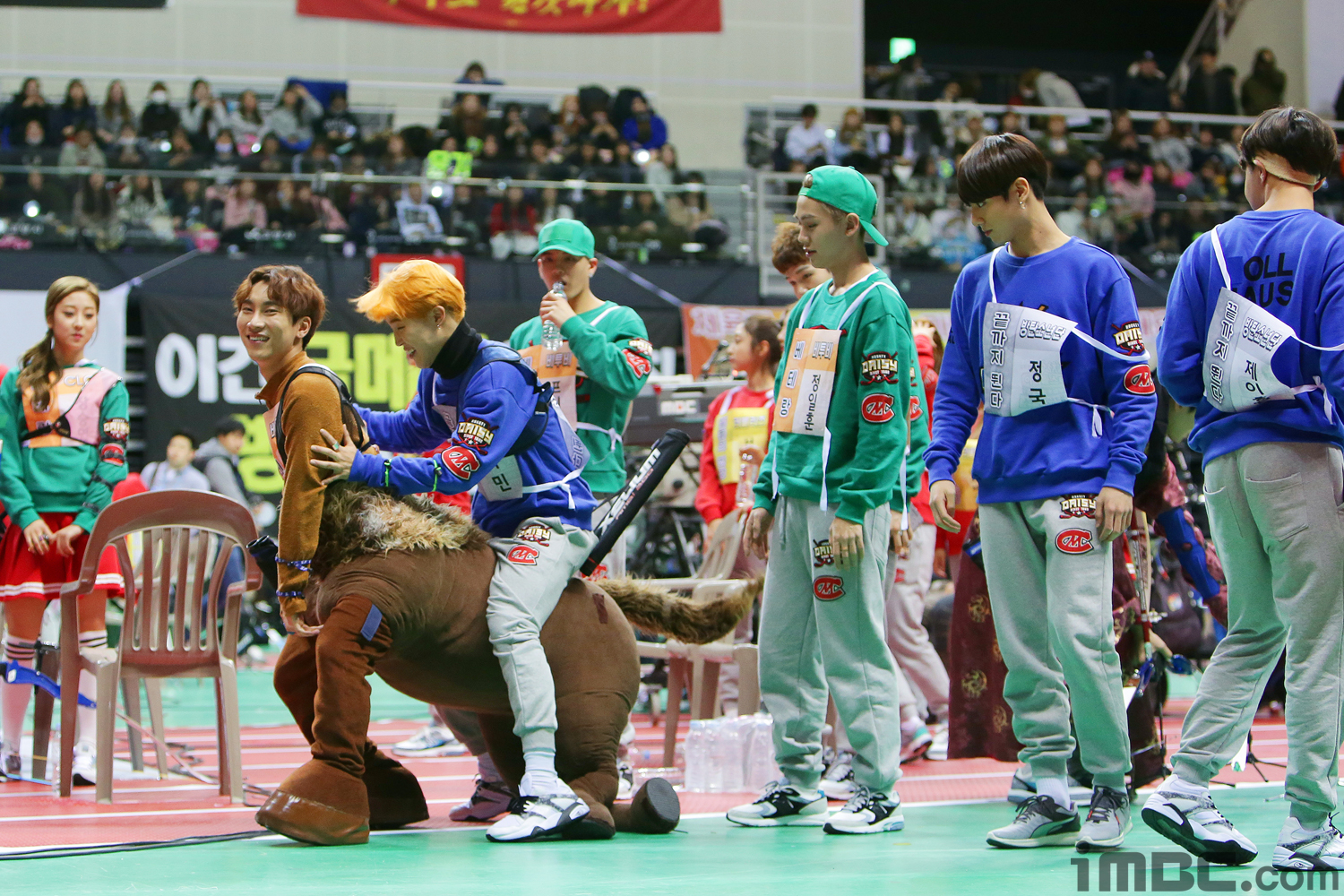 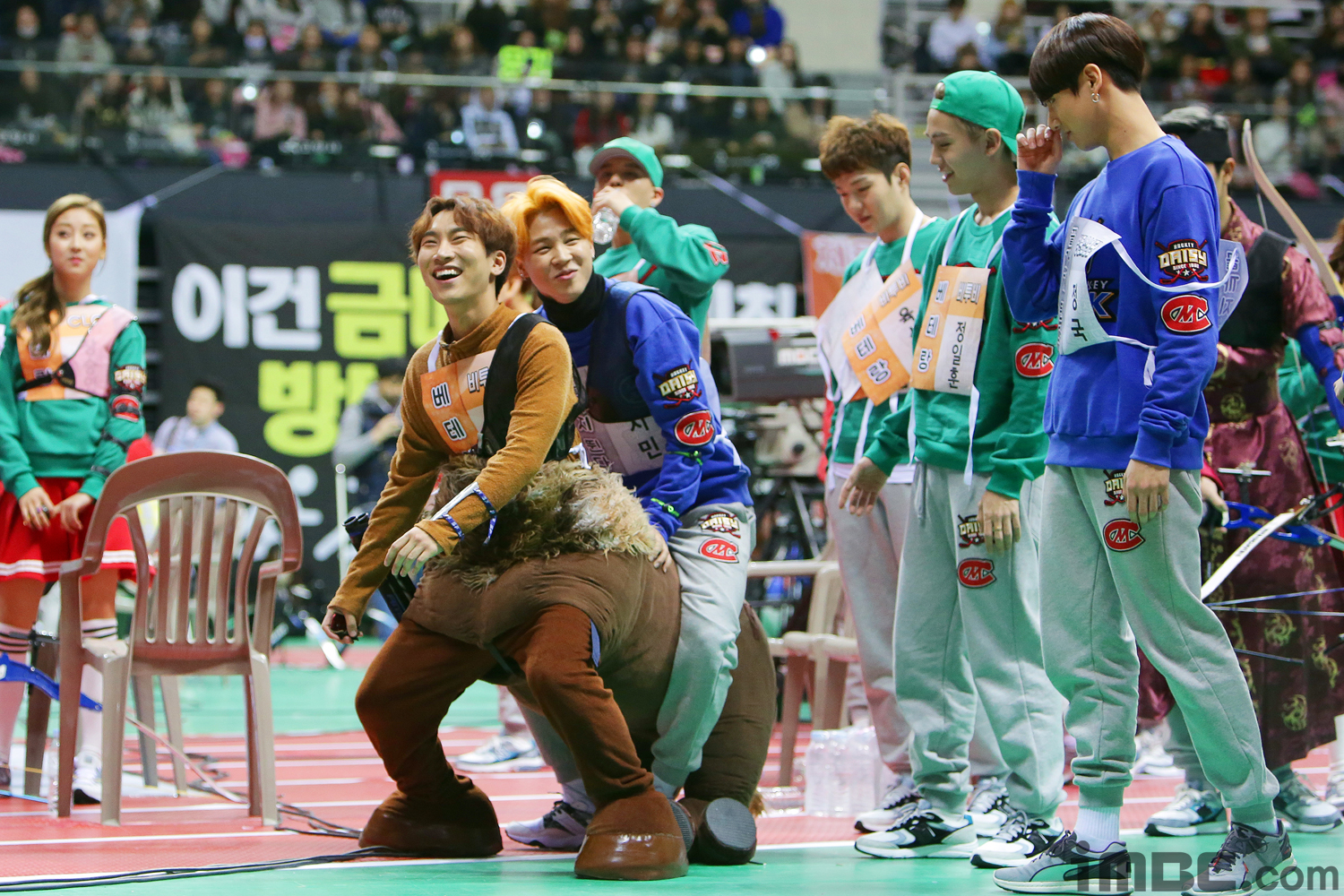 Want to see more behind-the-scenes shots from the “2016 Idol Star Athletics Championships”? Check out part one, part two, and part three of the photos!