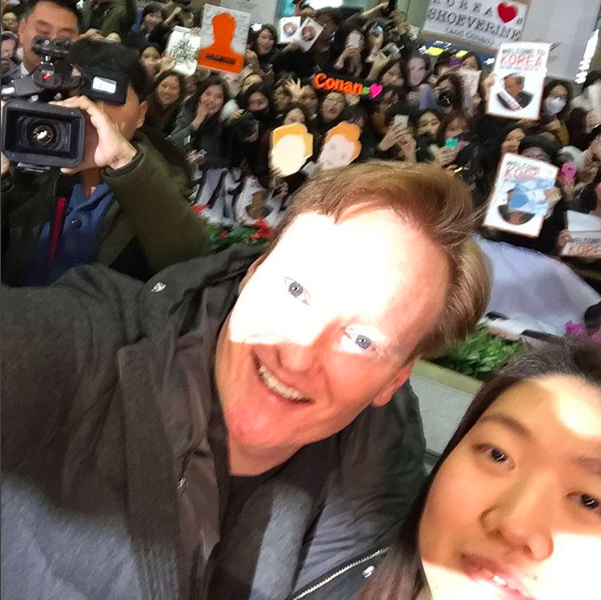 Talk show host Conan O’Brien has landed in South Korea! The host flew to the country after one of his fans invited him there and will be taking part in a collaboration with Park Jin Young.

On February 14, he posted a video to TeamCoCo’s Instagram, which is his official Instagram for the duration of his time in Korea. In the video, a huge mass of fans had gathered at Incheon airport to come see him, cheering loudly at his arrival. The camera flashes are endless and at first the host appears surprised, but them embraces the attention with open arms.

“I’ve landed in South Korea. I will never leave,” he wrote in the caption. Not long after, he found the fan who had invited him and posted a selfie with her.

His collaboration with Park Jin Young will be taking place on February 18, just before the host returns to the United States.

Conan O'Brien
How does this article make you feel?