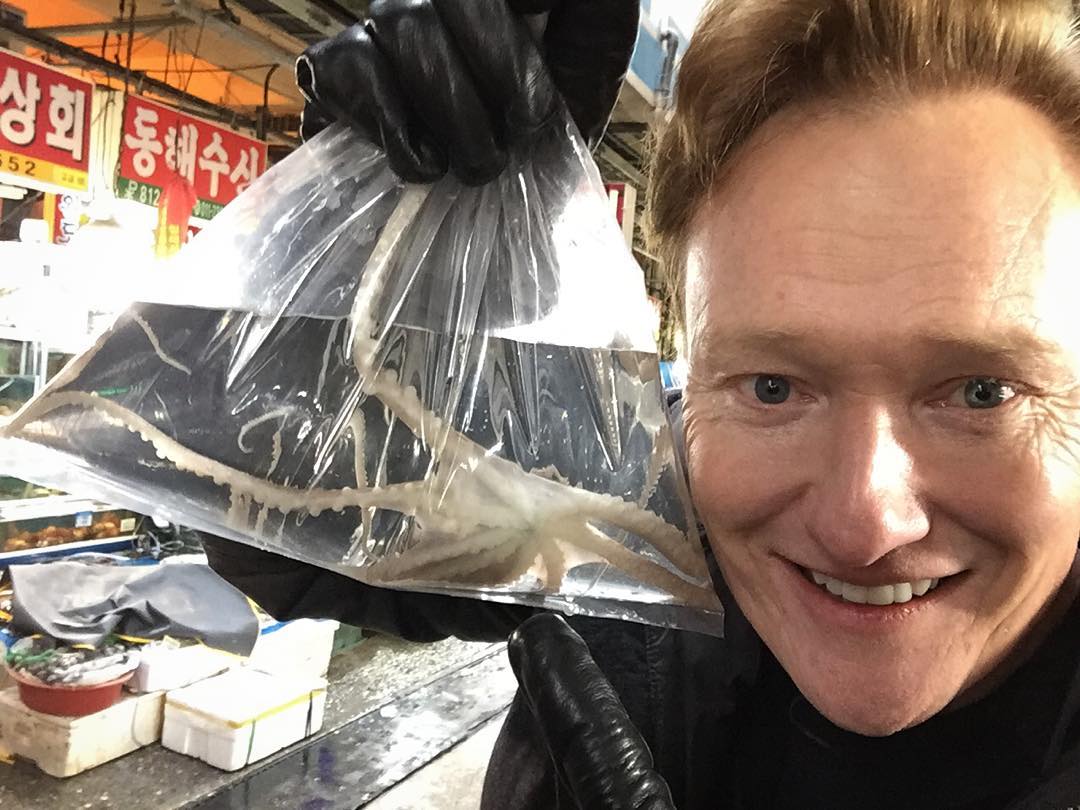 It has recently been revealed that Conan O’Brien would be working with Park Jin Young for a collaboration project, and on February 14, he announced his arrival in Korea on his Instagram.

On February 15, MBC‘s “One More Happy Ending” made an announcement that Conan O’Brien will be making a special cameo on the drama. He is scheduled to attend filming on February 16. So far several other celebrities such as Sandara Park, Kim Min Joon, Kim So Yeon, Kwak Si Yang, and Ray Yang have made a cameo on the drama. However, anticipations have doubled as Conan O’Brien is expected to bring a different and refreshing type of entertainment to the drama.

Conan O’Brien received a fervent welcome at the Incheon International Airport on February 14 and is expected to leave on February 19 after going through a variety of activities.

One More Happy Ending
Conan O'Brien
How does this article make you feel?