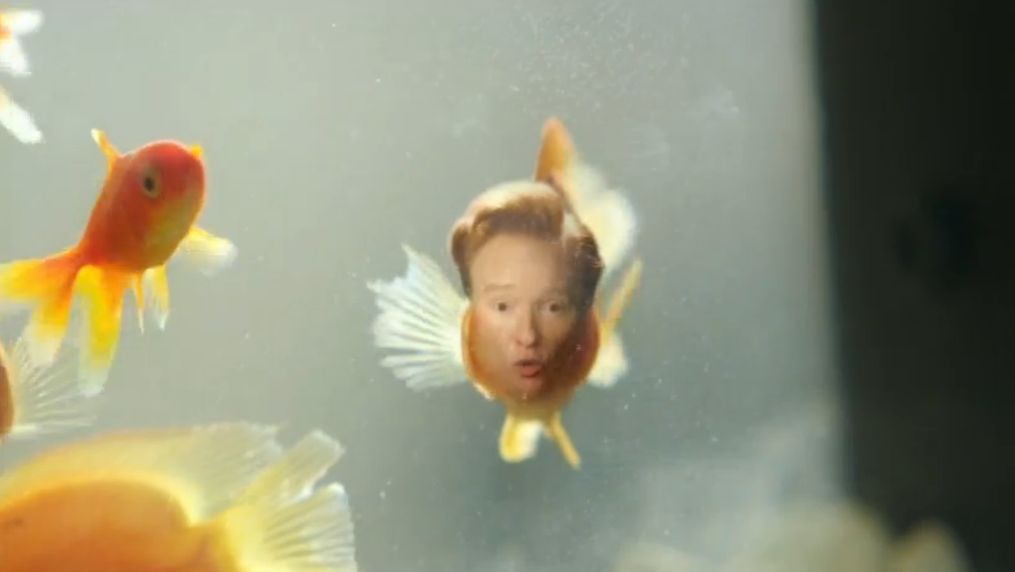 It was previously revealed that Conan O’Brien would be making a cameo on MBC‘s “One More Happy Ending.” Finally Conan O’Brien made his brief but highly anticipated cameo on the February 17 broadcast of the show.

Han Mi Mo (played by Jang Nara) keeps thinking about Song Soo Hyuk (played by Jung Kyung Ho). She is sitting in an office until she hears a voice and moves her gaze towards a fish tank. Mi Mo sees a goldfish with Soo Hyuk’s face on it saying, “Fish. I’m talking about you, fish.” Then the fish’s face changes into Conan O’Brien saying, “That’s you!”

Conan O’Brien is currently in Korea having fun and participating in various activities. He is expected to head back to the United States on February 19. You can follow his adventures in Korea on his Instagram here!

One More Happy Ending
Conan O'Brien
How does this article make you feel?