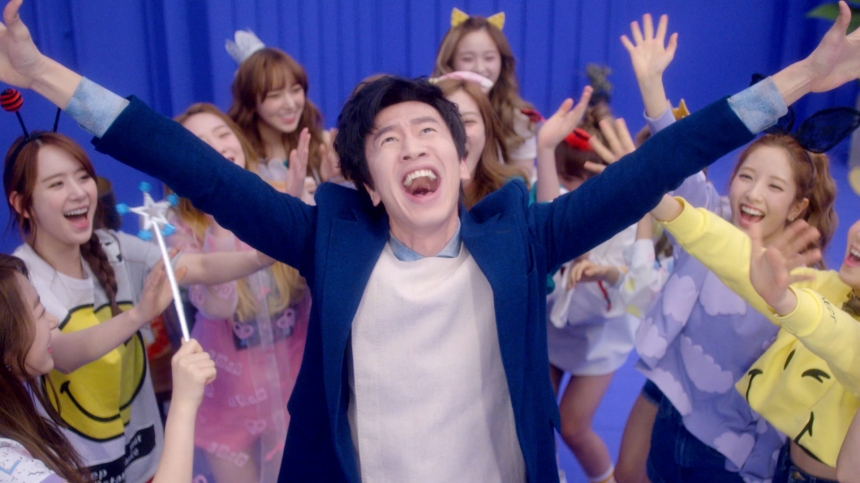 The teaser video for their title track “MOMOMO” dropped on February 18 at noon KST. Co-produced by Starship Entertainment and Yue Hua Entertainment, the new girl group will release their debut album on February 25.

In the teaser, Lee Kwang Soo’s fanboy dreams come true as he is surrounded by the 12 beautiful girl group members, all dressed in cute and girly outfits. The actor and variety star puts a smile on your face with his hilarious acting, and leaves fans excited for the full music video.

Stay tuned for the debut of Cosmic Girls on February 25!

Lee Kwang Soo
WJSN
How does this article make you feel?