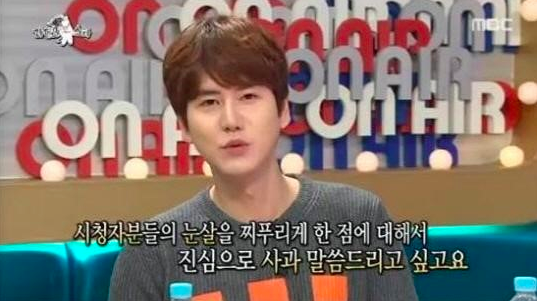 In response to the controversy about a previous episode of “Radio Star,” Super Junior’s Kyuhyun has formally apologized for his actions.

For those who are unaware, viewers of “Radio Star” were unhappy with Kyuhyun’s exchange with Yang Se Hyung regarding wedding etiquette. Many viewers felt that not only was Kyuhyun in the wrong regarding the wedding story, but that his response to a senior entertainer was out of line.

The February 17 episode opened with Kyuhyun’s apology, with the other MCs saying that Kyuhyun had been really concerned about the issue. Kim Gu Ra consoled Kyuhyun by saying, “You’ve truly become my successor.” 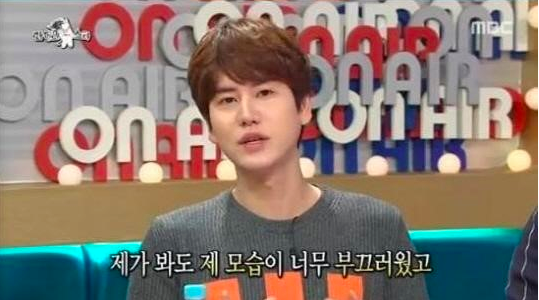 Kyuhyun said, “I want to express my sincerest apologies for the actions that upset the viewers. Going back and watching the episode, even I was embarrassed with myself. From now on, I will make every effort to truly think before I speak.”

The full apology can be seen here:

In response to Kyuhyun’s apology, Yang Se Hyung’s brother Yang Se Chan uploaded a photo of Yang Se Hyung and Kyuhyun together to his personal Instagram account. Yang Se Chan wrote, “They said they went out for a drink. Kyuhyun felt really bad… I hope their friendship will last forever~”

What are your thoughts on the controversy and Kyuhyun’s apology?