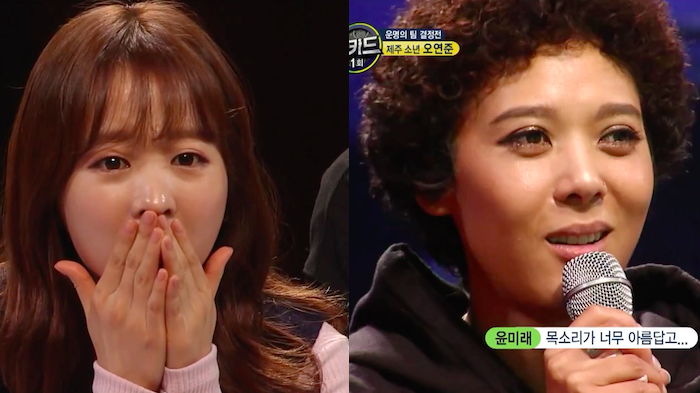 Watch: Park Bo Young and Yoon Mi Rae Are Brought to Tears by Child’s Performance on “We Kid”

On the premiere episode of Mnet’s new show “We Kid” (which is short for “We Sing Like a Kid”), Yoon Mi Rae and Park Bo Young can’t help but get teary at the beautiful performance of one of the young contestants.

The whole studio seems to completely fall for contestant Oh Yeon Joon when he sings “Colors of the Wind” from the soundtrack to the film “Pocahontas.” 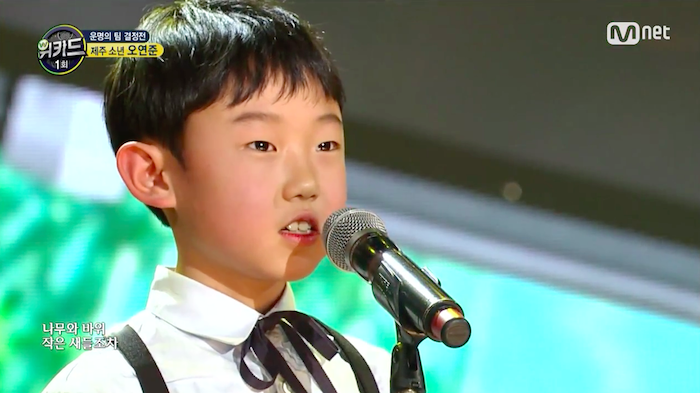 After his performance, Park Bo Young says, “I’m crying so much!” while Lee Kwang Soo yells emotionally next to her. 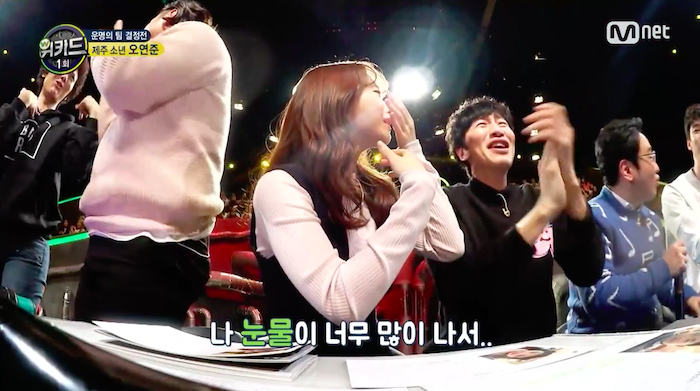 Yoon Mi Rae wipes her tears and says, “He made me cry!” She also says it’s the first time she’s cried while listening to a child sing. 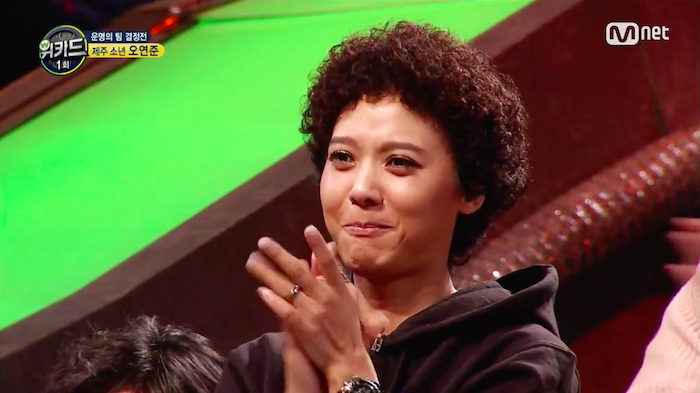 When the audience votes, both the adult and children sections vote in Oh Yeon Joon’s favor, which means he has the chance to pick which team of composers and artists he’d like to work with. He decides to work with actress Park Bo Young and composer Yoo Jae Hwan.

Sadly, Oh Yeon Joon is currently suffering from nodules on his vocal chords. His doctor has told him the best way to deal with them is to rest his voice, which Oh Yeon Joon is worried will affect his ability to rehearse. Park Bo Young, however, promises to take him to the best doctor to see what they can do.

Watch his performance below!