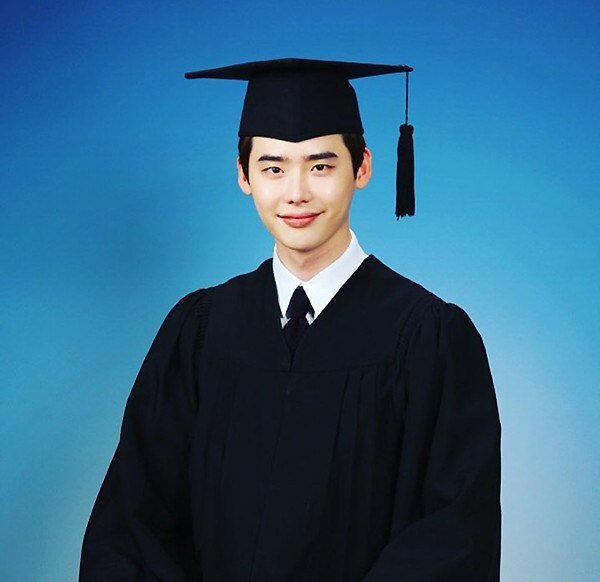 Following the news that Lee Jong Suk is set to graduate with an achievement award, the actor has surprised his fans by sharing his graduation photo.

Decked out in the traditional black cap and gown, Lee Jong Suk flashes a bright smile to the camera. The actor uploaded the photo to his personal Instagram account, along with the simple caption, “Tada.”

Lee Jong Suk will officially become an alumnus of Konkuk University on February 22, where he will be awarded his undergraduate diploma in Film Studies. He will also be receiving the “KU Honorary Ambassador” achievement award for his services to the school.