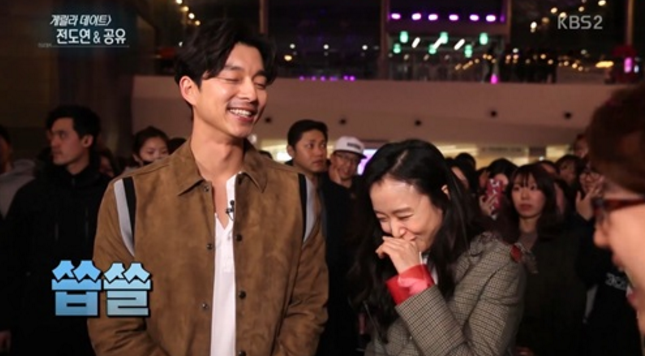 On the February 20 broadcast of KBS2TV‘s “Entertainment Weekly,” actress Jeon Do Yeon and actor Gong Yoo participate in a street interview ahead of the premiere of their new film “A Man and A Woman.”

When asked to describe her acting partner, Jeon Do Yeon says, “He’s caring and romantic. He seems to know how to touch the other person’s heart.”

Gong Yoo expresses his thoughts on working with the actress, “I wanted to work with her for the longest time. I felt happy just about receiving this opportunity and being able to film a movie with her.”

The actor then rates Jeon Do Yeon’s appearance among all Korean actresses, saying, “I’ve always liked people that have a face like Jeon Do Yeon. Subjectively, she’s No.1.”

But when Jeon Do Yeon is asked the same question, she laughs, “Gong Yoo is not my style,” suggesting that she cannot return the kind words. In a past interview, she chose actor Kim Woo Bin as her ideal type. 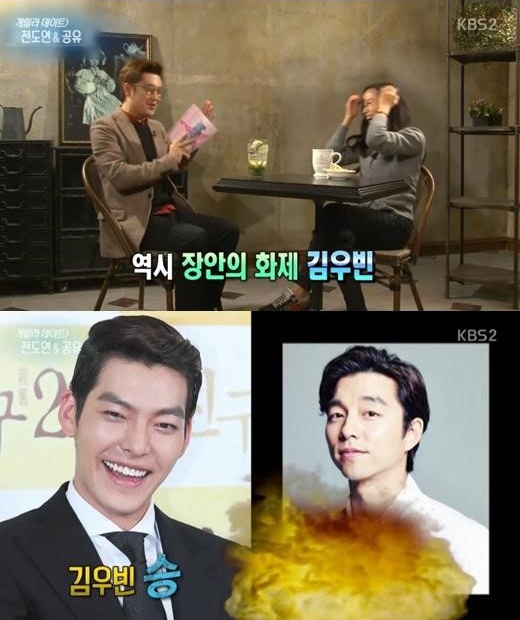 Gong Yoo
Jeon Do Yeon
Kim Woo Bin
How does this article make you feel?