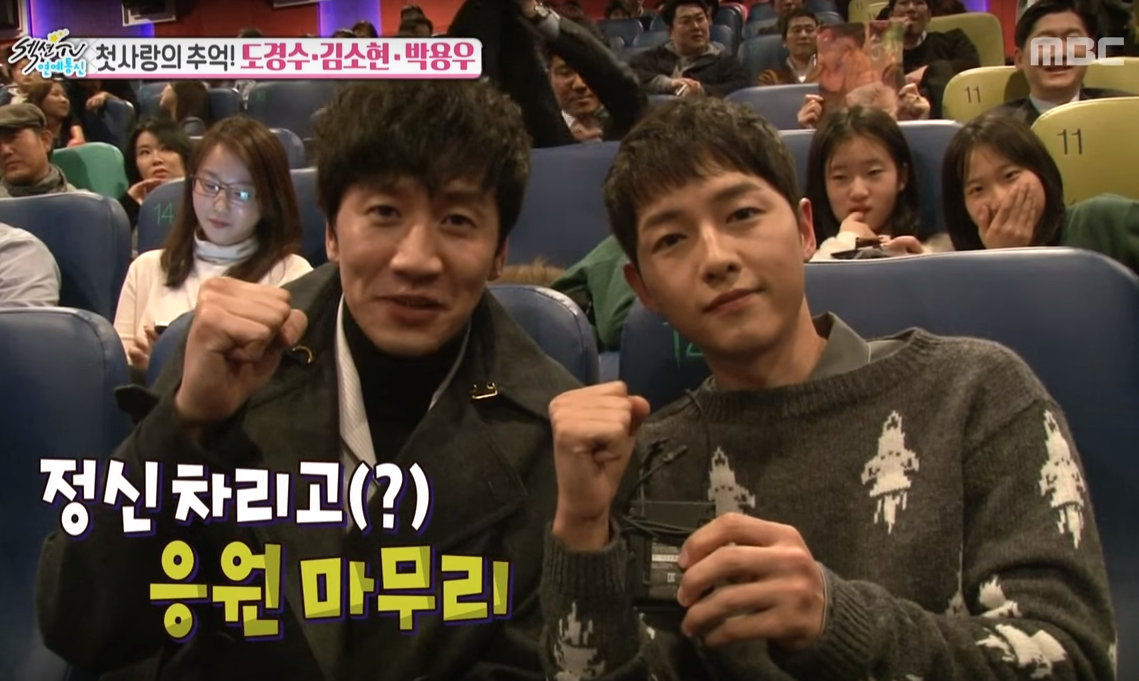 During the February 21 broadcast of MBC‘s “Section TV,” clips from the VIP screening of “Pure Love” were revealed.

Many celebrities, including Kim Woo Bin, Jo Jung Suk, and EXO’s Xiumin, to name a few, were in attendance.

Lee Kwang Soo and Song Joong Ki especially caught the eyes of many when they made an appearance at the VIP screening in support of D.O, who’s a close friend to both in real life. The two reveal that they “came at D.O’s invitation.” They also enthusiastically say, “Kyungsoo, we support you,” showing off a heartwarming friendship. Song Joong Ki even says, “Kyungsoo, I love you,” at the very end.

“Pure Love,” which was directed by Lee Eun Hee, tells the story of a radio DJ who reminisces about his memories from the past, his ardent first love, and the friendship that existed between five friends, when he receives a letter from 23 years ago. It will finally be released in Korean theaters this Wednesday, February 24, and will star D.O, Kim So Hyun, Yeon Jun Seok, Lee David, and Joo Da Young.

Watch their adorable support below, as well as other clips from the screening below!