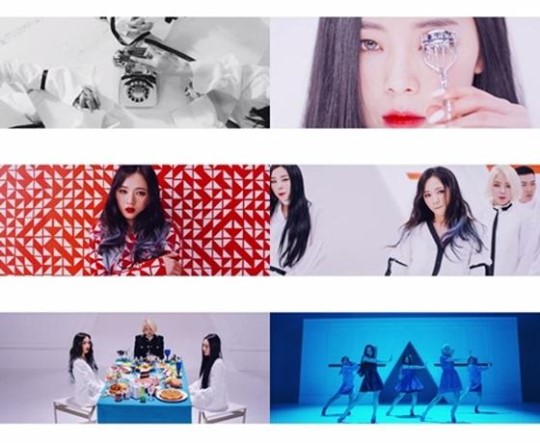 Ashley, Sojung, and Zuny return as Ladies’ Code! The girl group brings with them the single album titled “Myst3ry” and the music video for its title track, “Galaxy.”

They have not promoted since releasing the single “Kiss Kiss” in 2014 and shortly after experiencing the tragic passing of members EunB and RiSe.

The album places focus on the number three, replacing “E” with “3” in the title and signifying a new start for the three members.

Title track “Galaxy” draws the image of a star lost in space. The lyrics of “Galaxy” also seems to draw the current situation of the group, with words that say “a light found in endless dark” and “in the unfamiliar future, greet me warmly.”

The single album has two other songs – “My Flower” and “Chaconne.”

Producing team Monotree established the musical foundation for the album and the music video for “Galaxy” is head by director Jo Bum Jin and VM Project who worked on EXO‘s “Love Me Right.” The choreography is by Kim Hwa Young, who has worked with Wonder Girls and miss A previously.

Watch the music video for “Galaxy” below.

It was previously announced that Ladies’ Code will be appearing on an extremely limited number of variety shows after making their comeback to avoid any misunderstandings that might arise after variety show appearances.

Support the artist by buying Ladies' Code – MYST3RY from YesAsia