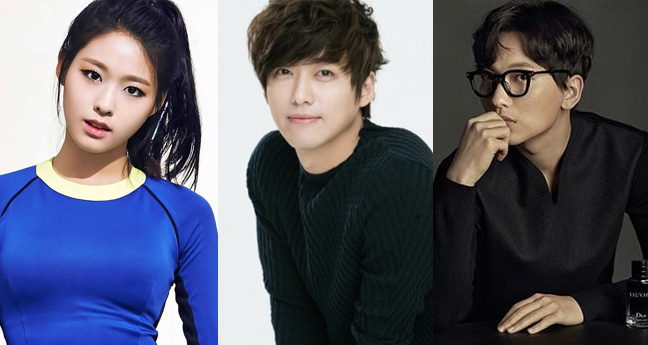 MBC’s candid and hard-hitting talk show “Radio Star” has scored some stars that are currently all the rage for an upcoming episode!

A member of the show’s production team told OSEN on February 23, “We have confirmed the appearances of Nam Goong Min, Lee Dong Hwi, Yoon Jung Soo, and Seolhyun. They will be filming in the second week of March.”

Actor Nam Goong Min has been praised by critics recently for his turn as a villain in the hit SBS drama “Remember,” while actor Lee Dong Hwi has become popular due to his performance in the much-loved tvN drama “Reply 1988.”

AOA member Seolhyun has become much in demand as a star of commercials, and even recently won the Model of the Year award at the Seoul TV CF Awards. She will soon be starring in the next season of the reality show “Law of the Jungle,” which will air its first episode on March 4.

Yoon Jung Soo is appearing alongside his virtual wife Kim Sook on the second season of JTBC’s virtual marriage show “With You.”

Are you excited to see this episode of “Radio Star”?