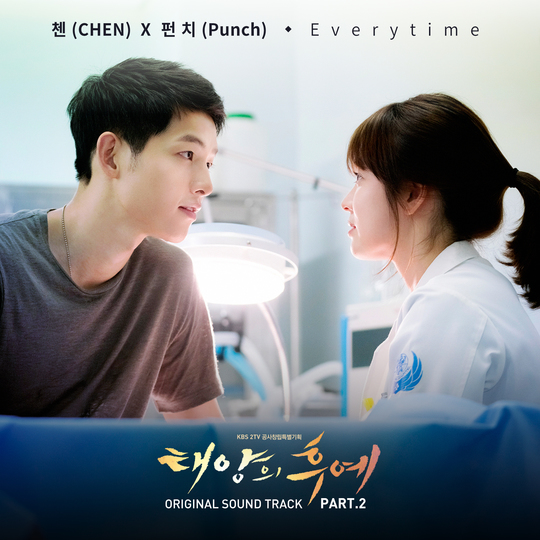 The second OST track from “Descendants of the Sun” has been released.

“Everytime” is sung by EXO‘s Chen and rookie female singer Punch, and talks about truthfully confessing one’s love. The combination of romantic lyrics, an upbeat melody, and the two singers’ sweet voices instantly captivates listeners. The song has already over taken the charts, taking the number one spot on several music streaming sites.

Reflecting the song’s lyrics, the music video shows the scenes of the blossoming love between Yoo Shi Jin (Song Joong Ki) and Kang Mo Yeon (Song Hye Kyo), such as the two going on a movie date, and him visiting her at the hospital.

EXO
Descendants of the Sun
Punch
Chen
How does this article make you feel?