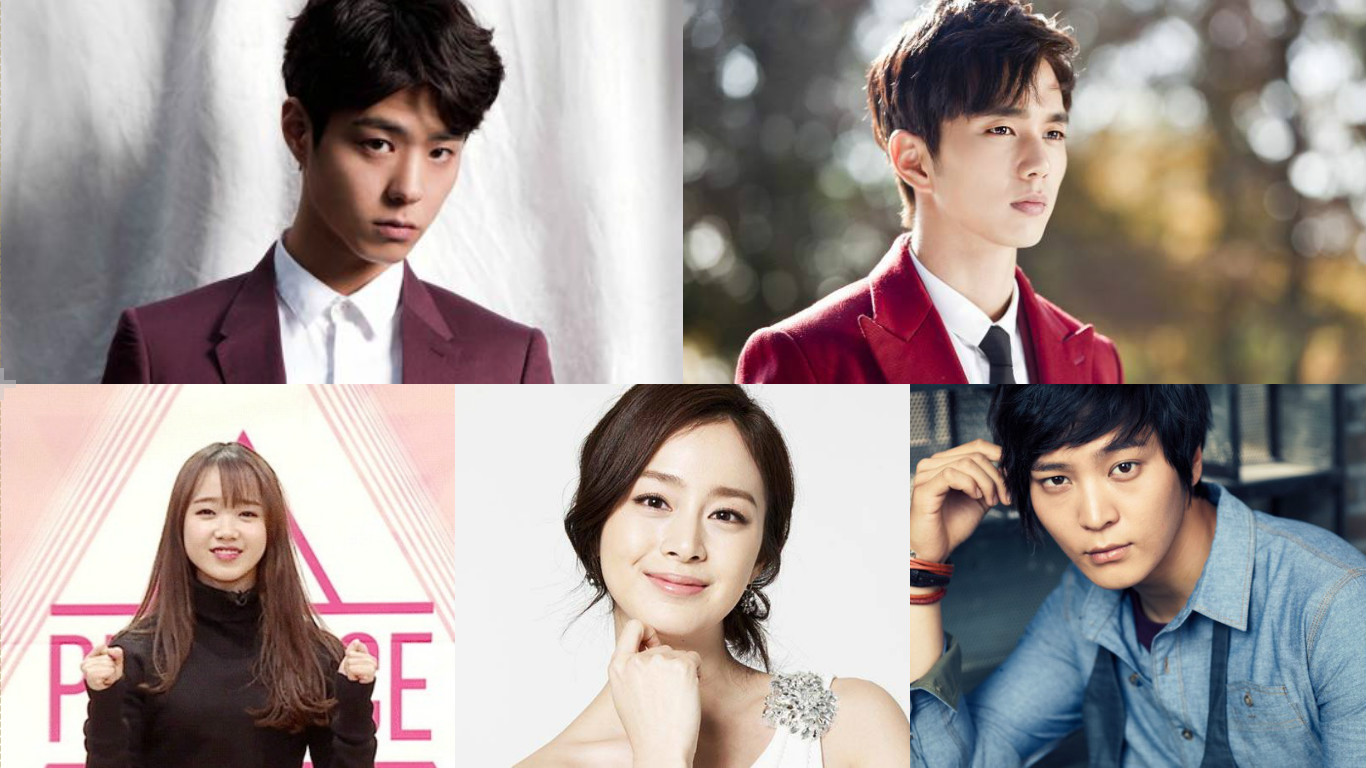 Recently, fans on online communities and social media have been selecting pairs of stars who are doppelgangers of one another. The list includes celebrities with a passing resemblance to some pairs who look like they could be identical twins. 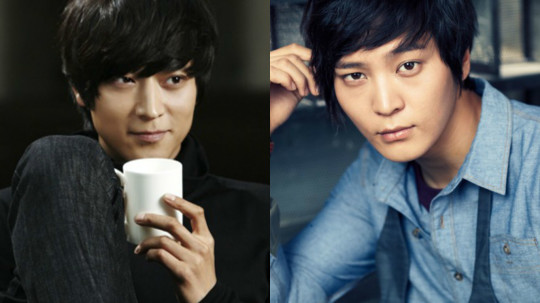 The two actors have been compared ever since Joo Won, the younger actor, made his first acting debut. Kang Dong Won started his career as a model and made his acting debut in 2003. His most recent projects have included the 2015 film “The Priests” and the 2016 film “A Violent Prosecutor.” Joo Won debuted as a musical actor and made his TV debut in the nationally beloved drama “Baker King, Kim Tak Goo.” His most recent projects have included the drama “Yong Pal” with Kim Tae Hee and the film “Fatal Intuition.” 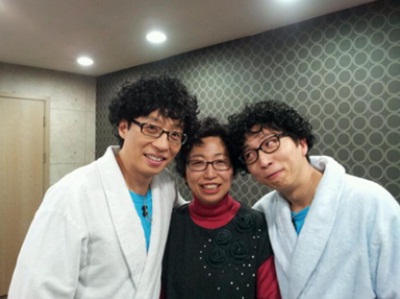 Both of these men are comedians, though Jung Bum Kyun has not been around as long as Yoo Jae Suk, the nation’s MC. Jung Bum Kyun was frequently compared to Yoo Jae Suk, particularly when they were both starring on KBS’s “Happy Together.” 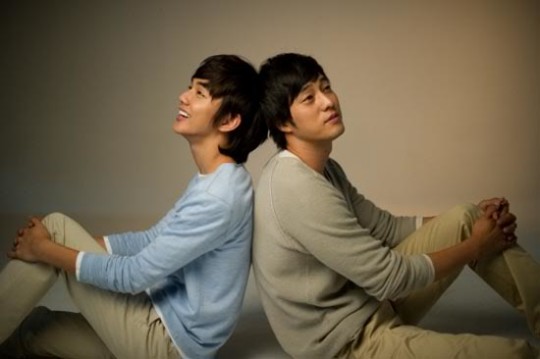 Both these actors are a staple in Korean dramas! So Ji Sub originally trained to be a professional swimmer before making his debut in acting and modeling. His career has been marked by hits such as “I’m Sorry, I Love You” and “Master’s Sun,” as well as his most recent project, “Oh My Venus.” Yoo Seung Ho is younger and his most recent project is the drama “Remember.” The two of them appeared together in So Ji Sub’s music video for “Eraser” along with actress Park Shin Hye. 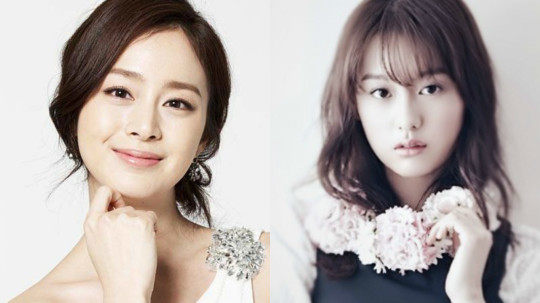 Both of these lovely women are nationally and internationally recognized actresses. Kim Tae Hee made her debut in the early 2000’s and made hits in “Stairway to Heaven” and “IRIS.” After some time spent in Chinese and Japanese markets, she made her return to Korean television in 2015 with “Yong Pal.” Almost as famous as her acting roles have been her relationship with singer/actor Rain. Meanwhile, Kim Ji Won is the younger actress, making her debut in 2008. Most notably, she has appeared in “To the Beautiful You” and “Heirs” and plays a major role in the currently airing drama “Descendants of the Sun.” 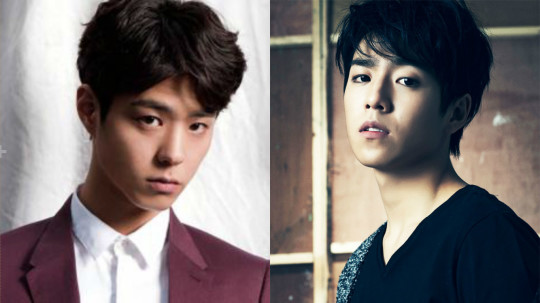 No mini-mes here! Both these actors are the same age, and friends to boot. Park Bo Gum debuted in the film “Blind” in 2011 and played supporting roles in various dramas before recently rising to massive popularity with his role in “Reply 1988.” Lee Hyun Woo on the other hand made his debut as a child actor in historical dramas such as “King Sejong the Great” and “The Great Queen Seondeok” before he built up his reputation in projects such as “To the Beautiful You,” “Secretly, Greatly” and “The Con Artists.” He is currently starring in the KBS drama “Moorim School.” 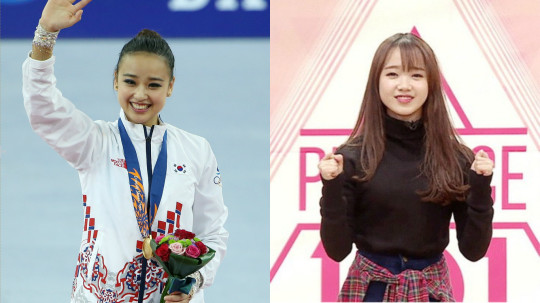 Son Yeon Jae is a member of the South Korean national gymnastics team and an individual rhythmic gymnast. At age 21 (international age), she has won several championships in Korea and Asia, and in 2014 placed fourth at the World Championships. Choi Yoo Jung is a trainee under the agency Fantagio on Mnet’s girl group survival program “Produce 101.” 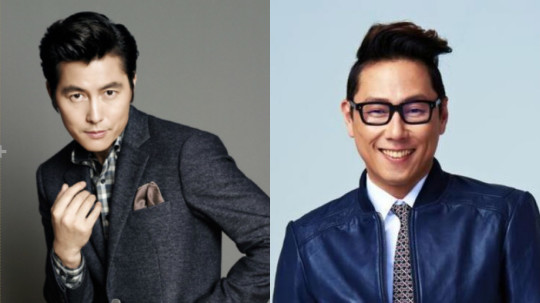 Jung Woo Sung is an actor who made his debut in the 1994 film “The Fox With Nine Tails.” His most recent project includes the 2015 film “Don’t Forget Me.” Yoon Jong Shin is a singer-songwriter and the founder of agency and record label Mystic89, housing artists such as Lim Kim and Brown Eyed Girls (under APOP Entertainment, who merged with Mystic89 in 2014). 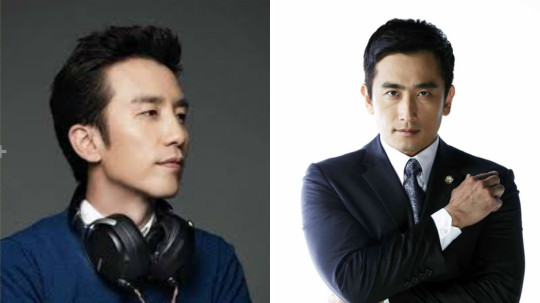 Yoo Hee Yeol is another Korean singer-songwriter and currently hosts the KBS show “Yoo Hee Yeol’s Sketchbook.” He is younger than actor Cha In Pyo, though both are in their 40’s. Cha In Pyo made his debut in 1993 and has starred in projects such as “Behind the White Tower” and most recently “D-Day,” though he also made an appearance in U.S. Netflix drama “Sense8.”