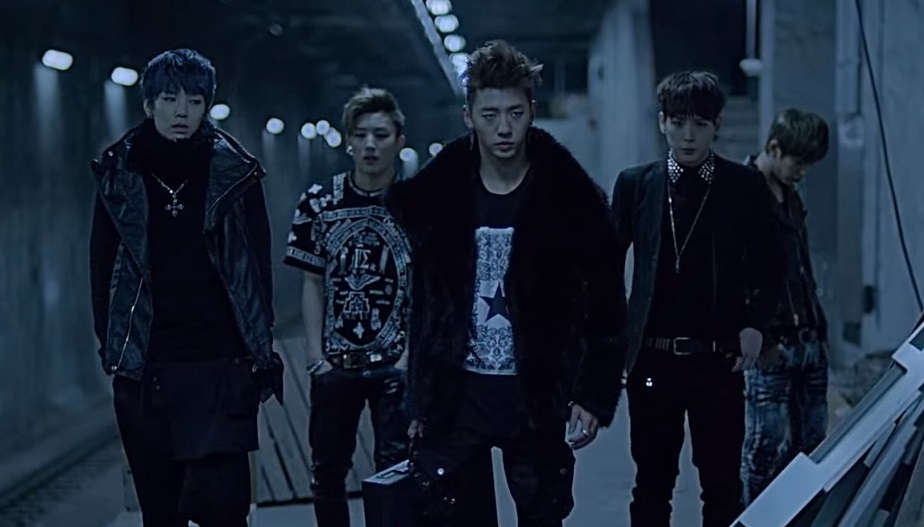 10 of the Best Plot Twists in K-Pop Music Videos

Have you ever seen a K-pop music video that made your jaw drop because of a mind-blowing plot twist at the end? Although regular music videos are enjoyable, fans are always appreciative of companies that go the extra mile to create an entertaining, dramatic music video with a captivating plot. This list contains the top 10 K-pop music videos that have a shocking, memorable plot twist that nobody saw coming.

SHINee become detectives in this mystery thriller music video. The boys receive a mysterious envelope filled with photos and a map, leading them on a hunt to find missing jewelry. While searching around the mansion, they keep seeing a mysterious, gorgeous woman, played by Jessica, who disappears shortly after being spotted.

After they find the jewelry, they see Jessica in a newspaper article about the most beautiful woman in the world written in 1910 — over 100 years ago.

BIGBANG‘s early music videos often had huge plot twists. In “Lies,” we see G-Dragon get hauled off in a police car after making a phone call to a girl. The girl immediately runs outside and goes to her old apartment, while having flashbacks of her abusive boyfriend. She eventually heads to a club, and we see G-Dragon being led down a hallway in handcuffs, surrounded by reporters.

The next scene shows that the girl had murdered her ex-boyfriend with a potted plant, a scene which G-Dragon walked in on, revealing that G-Dragon voluntarily took the fall for the crime so that the girl could be free.

Solar tries to seduce a guy she likes by becoming his maid, becoming the stewardess on his plane, and even his nurse when he’s seeing the doctor. She eventually catches him sleeping on the bed and is about to make a move when he wakes up and another girl skates in and interrupts them. It is then revealed that the “he” is actually a “she,” none other than Moonbyul.

VIXX’s “Error” music video tells the story of a forbidden, futuristic love. Hongbin is attempting to bring back his past love, Youngji of Kara, by creating an identical robot version of her and inserting her memories into it. The plan worked, but not long after, government agents storm in and attempt to deactivate her. Hongbin is able to fight them off and runs away with Youngji.

The two lie down on the operating table together, where the ultimate plot twist is revealed: Hongbin was also a robot all along.

The music video for EXID’s “Ah Yeah” shows that you shouldn’t judge a book by its cover. The girls are dancing provocatively near blurred out images and posters on the wall, which the viewer is meant to assume are lewd. At the end of the video the pixelation is removed, showing the completely benign pictures beneath: cartoon puppies, bears, and kittens.

When G-Dragon catches his girlfriend (played by Park Min Young) hanging out with T.O.P in an alley, the two start to fight, but the other BIGBANG members hold them back. G-Dragon is torn apart inside, imagining the girl he loves spending time with T.O.P, but it turns out he has bigger things to worry about.

After G-Dragon receives a call from Taeyang saying that Min Young is in the hospital and needs surgery, he dashes to her side as fast as he can. When he gets to the hospital, T.O.P tells him, “I’m sorry I lied. She really loves you.”

Then G-Dragon realizes that Min Young lied to him so that he wouldn’t be hurt in case her operation went badly. Min Young has flashbacks to happy memories with G-Dragon before the operation begins, but she unfortunately passes away during surgery.

T-ara’s drama music videos stand out thanks to their high production value, especially in the case of “Day By Day” and “Sexy Love.” After a peaceful day of riding their motorcycles around a post-apocalyptic wasteland, sisters Hyomin and Dani return home, but they suddenly find themselves surrounded by a gang of sword-wielding thugs, led by a blonde-haired Jiyeon. Hyomin gets stabbed in the battle and Dani gets captured by Jiyeon.

In the second half, we get hit with a double plot twist. Jiyeon recruits Eunjung to her side, using her to fight. After six years, Hyomin wakes up after recovering from her injuries and sets out to get revenge. She finds outs that Dani had her memory erased and her face changed to look like Eunjung. The three meet in a final triple-sword battle where Hyomin sacrifices herself to save her sister. Dani then finishes off Jiyeon, and is the only one left standing.

Akdong Musician’s “200%” music video may leave you with an empty feeling at the end. At first it seems to tell the story of the female of the duo, Lee Suhyun, hanging out with her first love and going on dates. But the music video takes a sharp turn when it reveals that she was actually forlornly tagging along behind the boy while he was on dates with his actual girlfriend.

In “One Shot,” B.A.P are gang members who live a high-class lifestyle. But when one of their members, Youngjae, gets kidnapped and held for a $10 million ransom, they draw up a plan to save him.

B.A.P meet the captors in an old subway tunnel to make the transaction, but just as Youngjae is reunited with his gang, he gets shot in the back by the kidnappers. This starts a shootout where nearly everyone is killed. However, the camera then rewinds, showing that the shootout was just in Yongguk’s imagination.

In reality, after Yongguk hugs Youngjae, a SWAT team storms the tunnel and Youngjae reveals his true identity; he was actually an undercover cop all along. Him being kidnapped was just a ruse to arrest the other B.A.P members. Youngjae then mockingly salutes his former gang leader and walks away.

Make sure you watch the music video for this one! At first it seems like Seo In Guk is secretly in love with Dasom, who is dating Ahn Jae Suk. Seo In Guk even becomes the best man at the couple’s wedding, though he is clearly miserable throughout, due to the fact that his dream girl is marrying another guy. Right? Wrong!

The final shot shows Seo In Guk tearing the wedding photo in half and sitting next to the one he wishes he could be with. And it’s not Dasom.

Can you think of any missing from this list? What music video had the craziest plot twist?