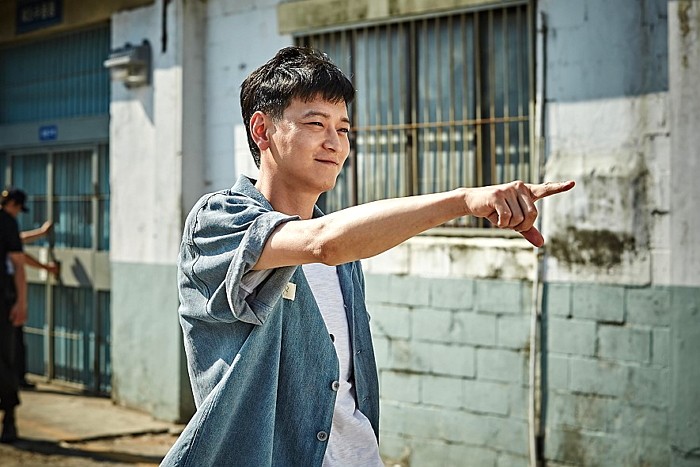 Actor Kang Dong Won has been stealing the spotlight a lot lately, with two back-to-back blockbuster roles. His most recent film, “A Violent Prosecutor,” has almost surpassed 10 million moviegoers despite hitting theatres less than a month ago. To celebrate the box-office success, here are eight of Kang Dong Won’s best roles.

Playing the role of a smooth-talking swindler, Kang Dong Won teams up with a disgraced prosecutor played by Hwang Jung Min to clear his name. With Kang Dong Won stealing the show with his witty tongue and penchant for tricks, this crime-drama/comedy is one you don’t want to miss.

Almost a complete 180 degree turn from “A Violent Prosecutor,” Kang Dong Won plays a demon-fighting deacon who fights alongside Father Kim (played by Kim Yoon Seok) to save a girl’s life. This supernatural thriller will have you on the edge of your seat the whole way through.

In this story about the love of family, Kang Dong Won plays a doting father to a son suffering from progeria, a rare genetic disorder that causes premature and rapid aging. Moviegoers praised him for delivering a heart-rending performance with ease (and he looked good doing it, too).

The first of two historical films on the list, this fast-paced thriller is set in 1860s Joseon. Playing the illegitimate son of a wealthy nobleman, Kang Dong Won is actually the villain who double-crosses the poor Dolmuchi (played by Ha Jung Woo).

Showing off his skills in yet another thriller, Kang Dong Won stars in “Secret Reunion” as a disgraced North Korean spy who must work with the former NIS agent who once tried to have him killed. Viewers praised his performance, saying that he very well could have been a North Korean defector with the way he carried himself on screen.

Kang Dong Won’s second supernatural film on the list, he plays a psychic who can bend people’s will to do his bidding. Kang Dong Won definitely proves that it doesn’t matter whether he plays the hero or the villain – he knows how to command the spotlight. Viewers were thoroughly creeped out by his menacing glare (and that awful perm).

A stark contrast to “Kundo,” “Jeon Woo-Chi” is a fun, fantasy-filled heist film based on an old Korean folktale. Playing the rascal titular Taoist wizard who is framed for murder, Kang Dong Won delivers a fun and thrilling performance.

By far the oldest film on the list and one of Kang Dong Won’s first big screen roles, this classic romantic drama sees him as one point of a love triangle. The film was so popular that it was turned into a musical in 2011.

Have you seen any of the films on this list? If not, do you plan to watch them? Let us know your thoughts in the comments below!

*A previous version of the article stated that “A Violent Prosecutor” had surpassed 10 million viewers. At the time of writing, the movie had not quite hit 10 million viewers and has been updated for accuracy.