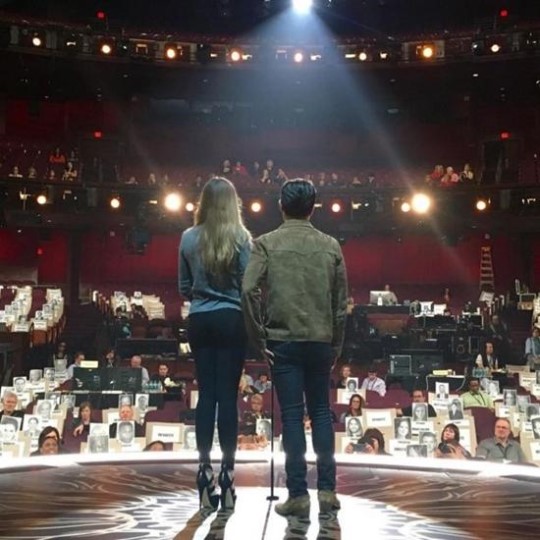 Following news of his invitation to the Oscars, actor Lee Byung Hun, the first Korean actor to be invited to present at the awards ceremony, has been captured in rehearsal with actress Sofía Vergara.

On February 28, Sofía Vergara uploaded onto her personal Instagram a photo of herself and Lee Byung Hun. The caption reads, “Oscars rehearsal #Oscars2016 #byunghunlee.”

In the photo, the two actors are standing on stage in front of the microphone. Their backs are turned as they look out into the theater.

Meanwhile, the 88th Academy Awards will take place at the Dolby Theatre in Hollywood, California on February 29 (KST).

Will you be tuning in?