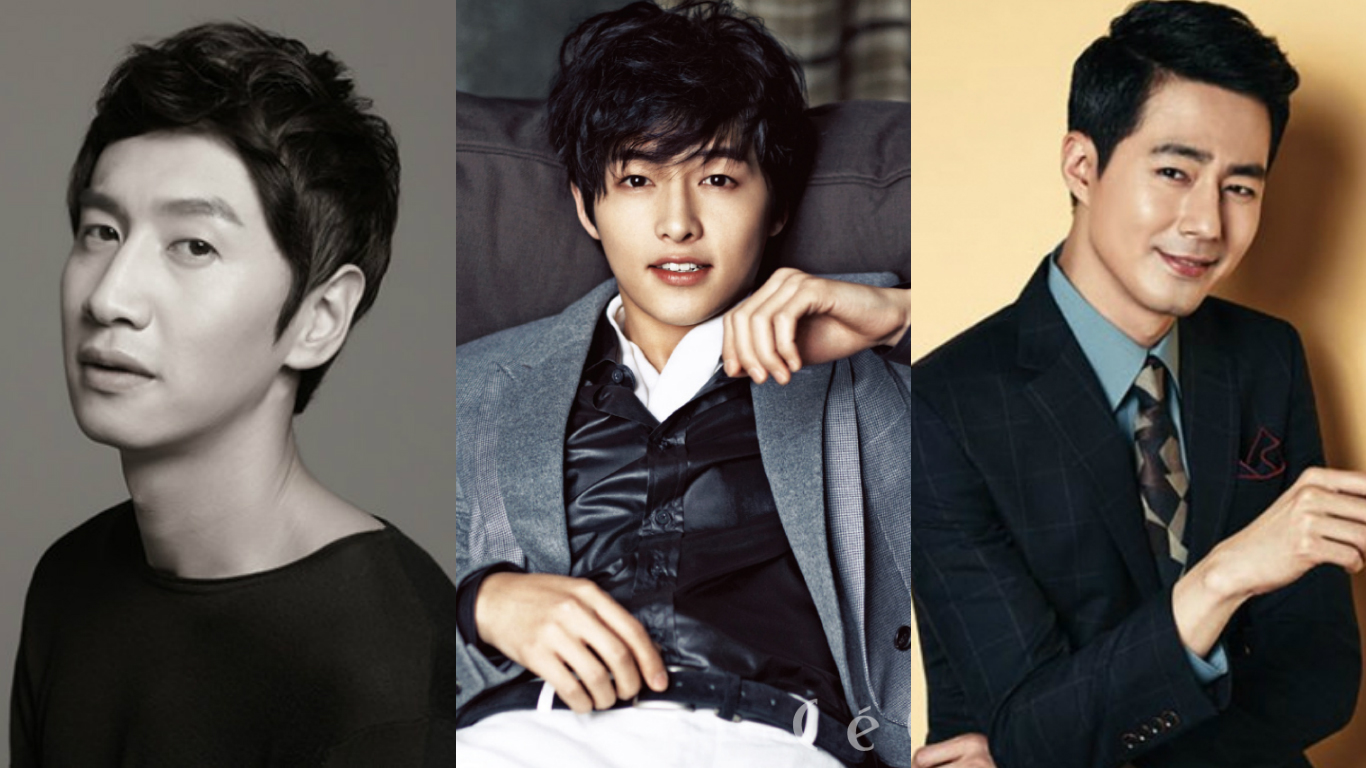 On March 2, Lee Kwang Soo and Song Joong Ki reportedly went down to Daejeon in order to surprise Jo In Sung, who is currently there filming for his upcoming movie, “The King.”

They went to support their best friend Jo In Sung because it’s his first appearance on the big screen in eight years. Lee Kwang Soo and Song Joong Ki personally showed up on the set with Daejeon’s famous bread to give to all the staff members, and was a strength of energy to Jo In Sung. Their surprise appearance and the three’s warm friendship made the set more lively.

The three best friends are well known in the industry for their close and loyal friendship. They are so close that they even went on a private vacation together to Thailand. When he was discharged, Song Joong Ki said that Lee Kwang Soo was his biggest source of strength rather than a girl group, and more recently, during the press conference for KBS 2TV‘s “Descendants of the Sun,” he mentioned that he received a lot of advice from both Lee Kwang Soo and Jo In Sung.

Not just that, Jo In Sung and Song Joong Ki, as well as Im Joo Hwan, also went to the set of SBS‘s “Running Man” to cheer on Lee Kwang Soo, yet again showcasing their loyalty.

“The King,” starring Jo In Sung, Jang Woo Sung; and Ryu Jun Yeol, will tell the story of one man who becomes a prosecutor to gain power.

Lee Kwang Soo
Song Joong Ki
Jo In Sung
How does this article make you feel?