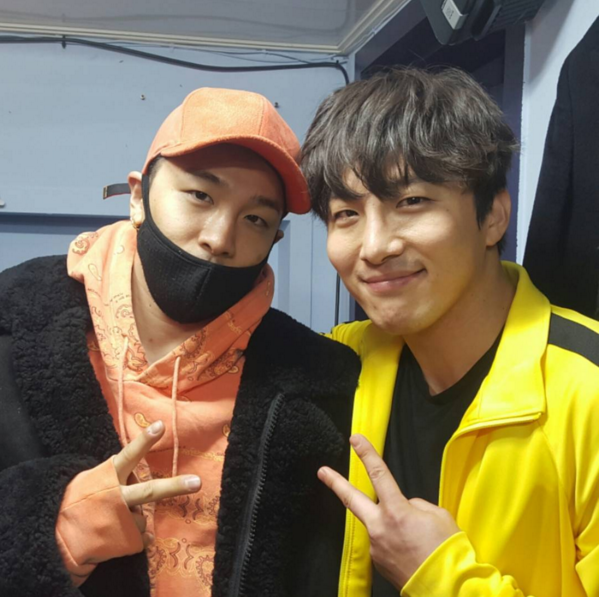 Actor Dong Hyun Bae proudly talked about the time his younger brother, Taeyang of BIGBANG, moved him almost to tears.

Dong Hyun Bae was a guest on the MBC talk show “Radio Star” in the episode that aired on the night of March 2 KST.

On the show, the actor is asked to talk about the time his brother “made his heart skip a beat,” when usually Taeyang doesn’t seem like he pays much attention to him. Dong Hyun Bae explains that Taeyang is usually gruff and not very expressive to him, but he does things once in a while that moves him. Dong Hyun Bae once asked Taeyang to promote his play on his Instagram and Taeyang responded, “Is that all you have to say to me?” Dong Hyun Bae then said never mind and just wished his brother good luck with his album activities.

Dong Hyun Bae wasn’t expecting anything, when one day, Taeyang just called him to ask when his play was and showed up to take pictures with him and the rest of cast and uploaded those images onto his social media. Dong Hyun Bae says, “That day, I thought I was going to cry.” Unfortunately, he explains, because Taeyang has so many international fans, the promotion didn’t have a huge effect on attendance for a play in Korea. 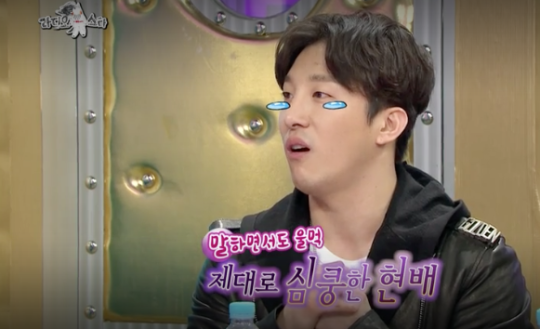 The actor also talks about how Taeyang offered to buy him a whole new wardrobe, prompting him to clean his room like never before.

Dong Hyun Bae
Taeyang
How does this article make you feel?