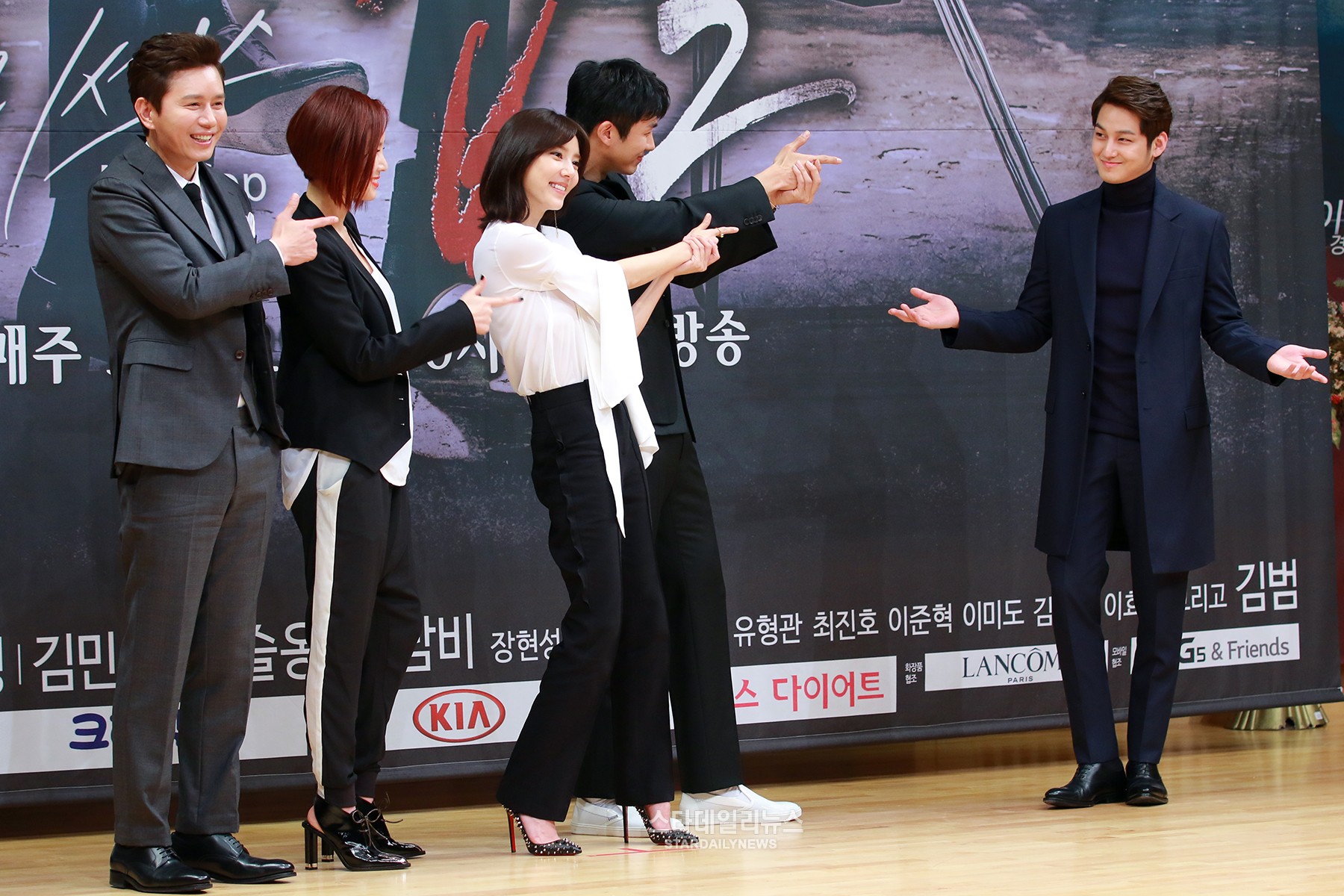 Kim Bum Complimented on His Role as a Villain in “Mrs. Cop 2”

On March 4, the press conference for the upcoming drama “Mrs. Cop 2” took place at SBS’s headquarters in Seoul.

PD Yoo In Shik pays a special compliment toward Kim Bum for his portrayal of the villain Lee Ro Joon in the drama. He comments, “This is Kim Bum’s first time playing a villain, but he’s portraying the character beautifully. Should I call it ‘demonic beauty?’ I get sucked into his acting. You’ll witness the birth of a charismatic villain.”

Kim Bum portrays CEO Lee Ro Joon of EL Capital. He has the best resources and ability to obtain intelligence in the financial world.

“Mrs. Cop 2” is about an intelligent and beautiful middle-aged female cop who encounters a murder case that is similar to the one she failed to solve six years ago. The first episode of the drama will air on March 5 at 9:55 p.m. KST.