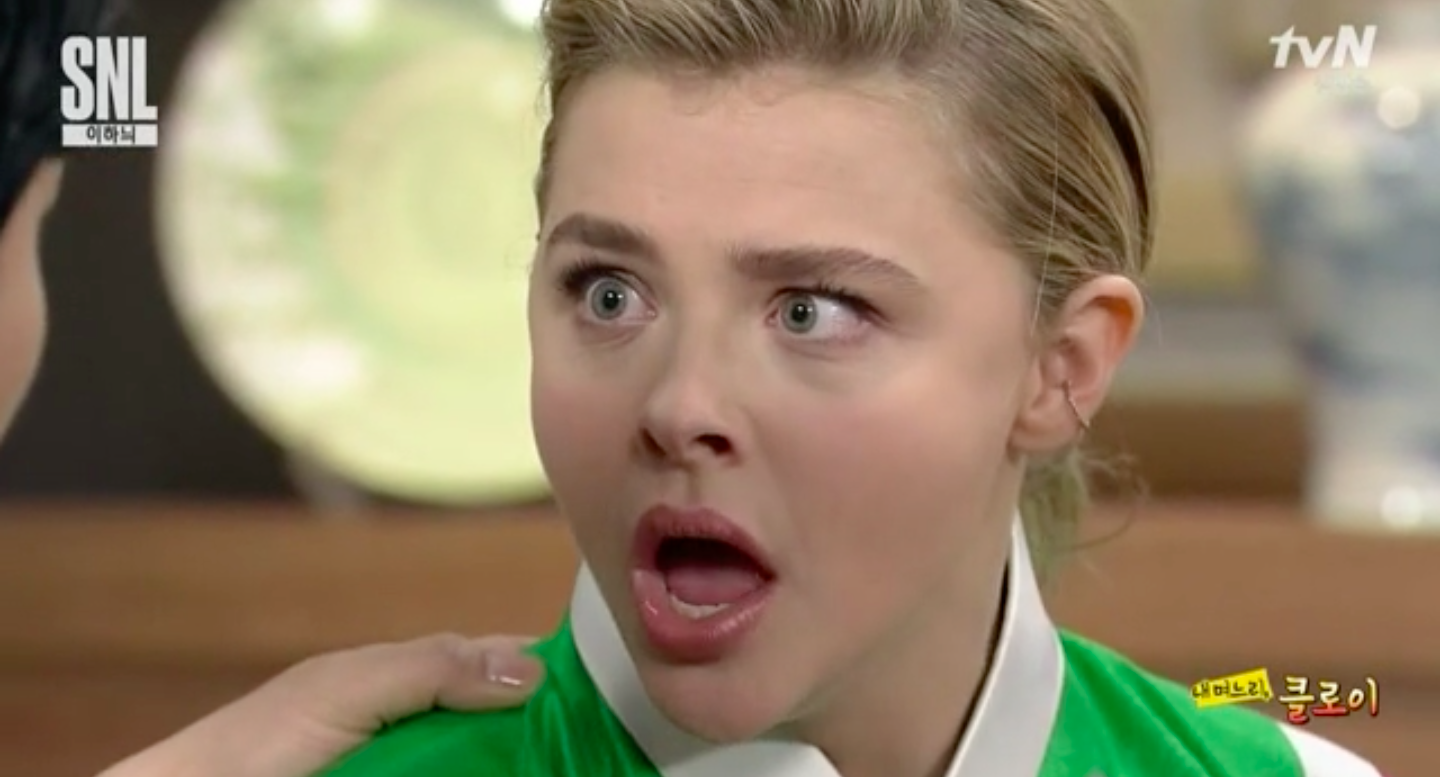 Actress and model Chloe Moretz transforms into the star of a melodramatic Korean drama in this week’s episode of “SNL Korea”!

Chloe Moretz appears in a live sketch entitled “My Daughter-In-Law, Chloe” on March 5’s episode of the show, in which she plays cast member Yoo Se Yoon’s foreign fiancée that he brings home to introduce to his family. 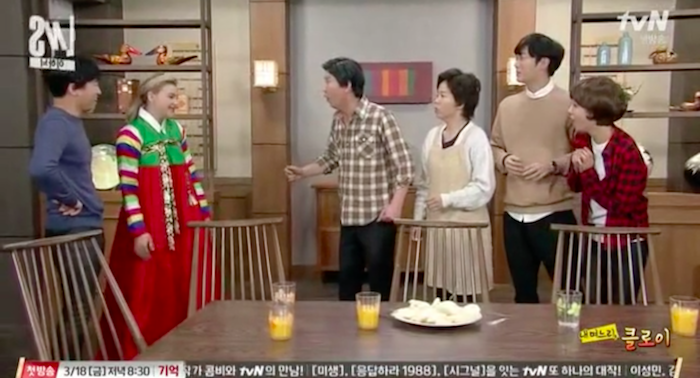 Her family is flustered at first as they worry about how they’ll communicate with her, but Yoo Se Yoon explains that she has learned how to speak Korean by watching Korean television. “Yes, I love you, ‘Entertainment Weekly’!” says Chloe Moretz in Korean, thrilling all of Yoo Se Yoon’s family members. “Kimchi is delicious. Oppa, Gangnam style!” 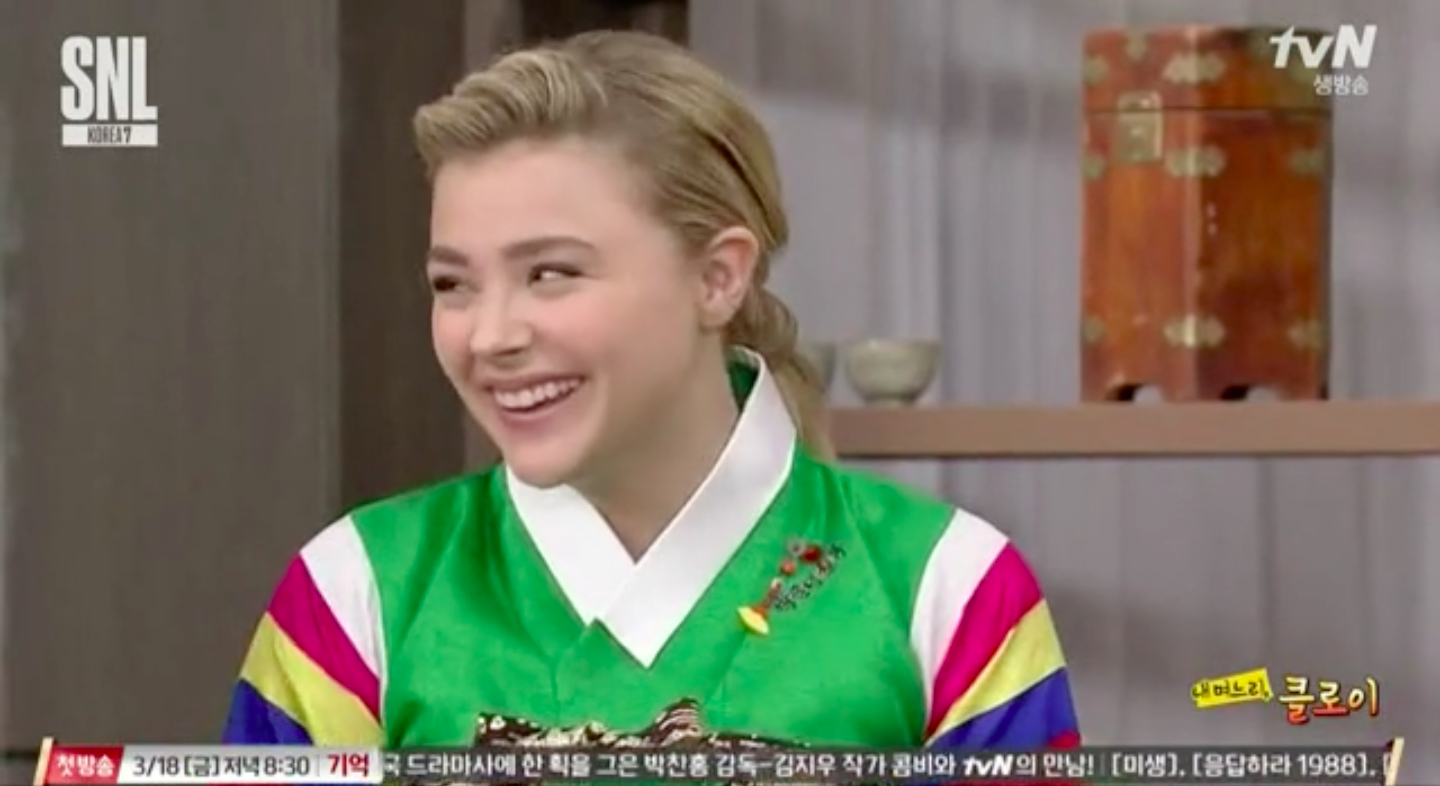 However, we soon find out that Chloe Moretz’s character has been learning more than just the language from Korean dramas. When Shin Dong Yup, who plays Yoo Se Yoon’s father, kindly tells her to just call him “dad,” Chloe Moretz gets furious. “What?!” she says in Korean. “My dad?! You say you’re my dad?! You’re not my dad!” She then throws a glass of water in his face. 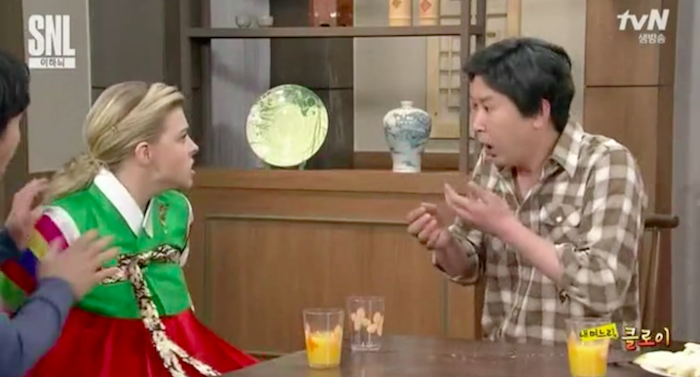 Yoo Se Yoon is shocked and says to her in horror, “This is not ‘My Daughter, Geum Sa Wol’!” He explains to his family that she’s been watching too many melodramatic dramas and is now confusing them with reality, and Chloe Moretz quickly smiles and apologizes.

Later on, Yoo Se Yoon suggests that when they get married, they should just rent an apartment at first instead of buying one. Many people in Korea expect that the groom’s family will purchase a home for a newlywed couple, while the bride’s family will furnish it.

“Rent?!” says Chloe Moretz in rage, grabs the kimchi on the table and slaps him in the face with it. 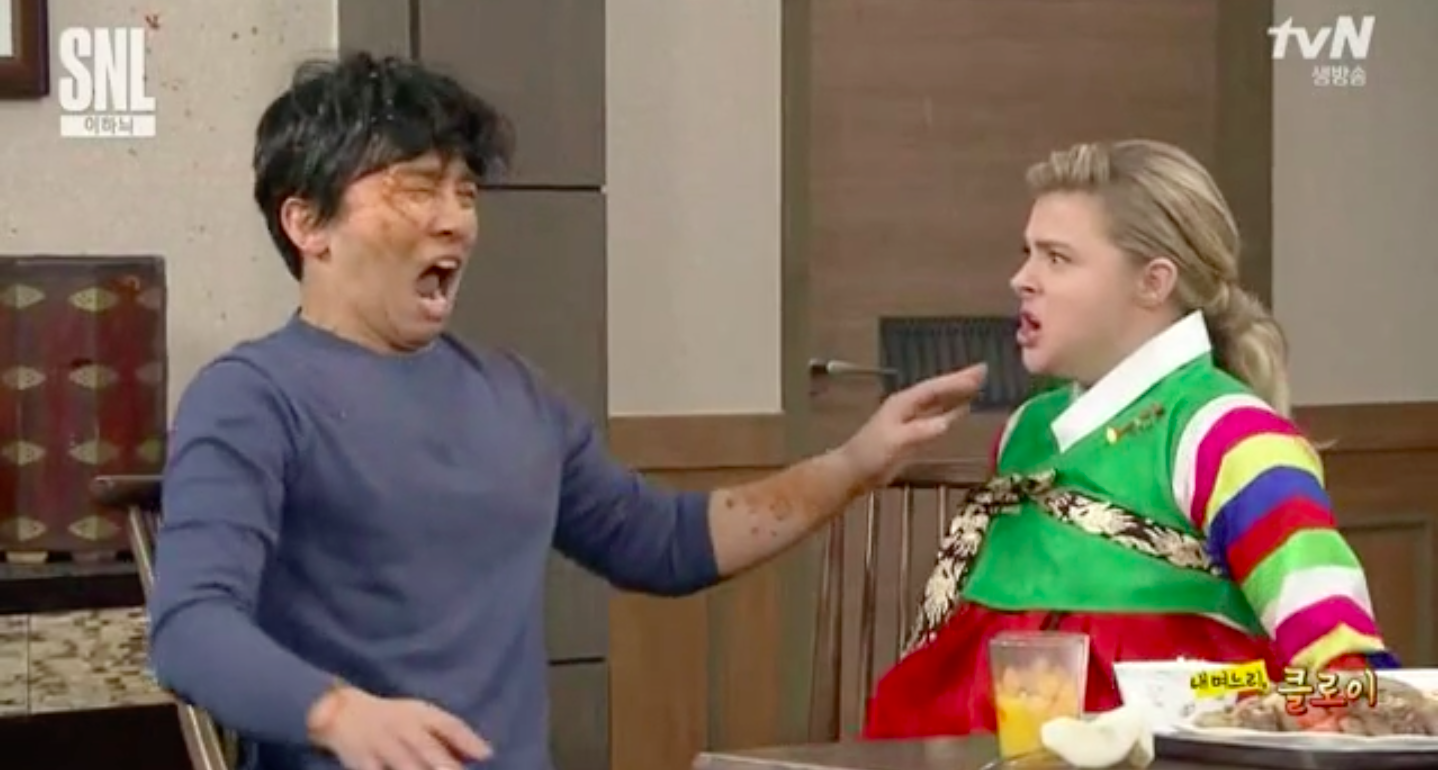