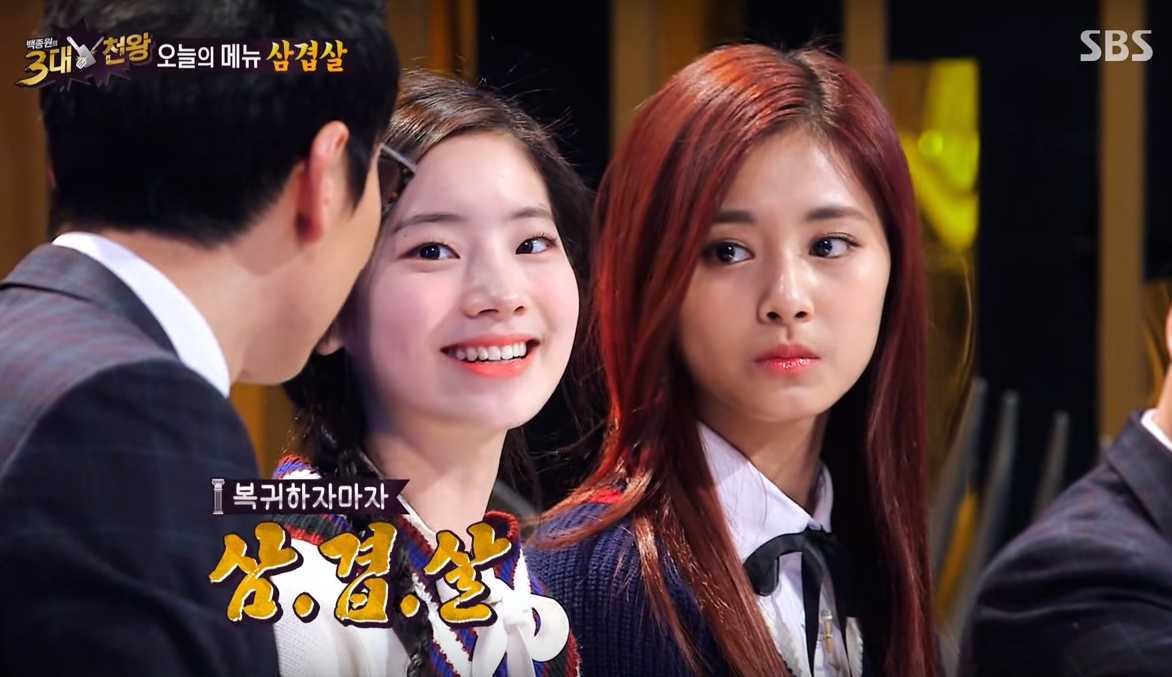 During this episode, TWICE‘s Dahyun and Tzuyu are present as special MCs in place of EXID‘s Hani, who’s temporarily away for health reasons.

Dahyun, who recently returned from army training for the fourth installment of MBC‘s “Real Men-Female Soldier Edition,” reveals that she’s really happy to see that the menu is samgyeopsal. Throughout the episode, she talks using “da-na-kka” (Korean way of referring to how soldiers talk), and everybody notices that she still hasn’t broken out of the habit.

Tzuyu, who isn’t completely fluent in Korean, also makes everyone laugh when she answers MC Lee Hwi Jae‘s question with a curt “yes.”

“Three Great Emperors” is a “cooking broadcast” program where the top three chefs of that week’s theme battle it out in a fierce competition. It airs every Saturday at 6:10 p.m. KST.

TWICE
Tzuyu
Dahyun
Three Great Emperors
How does this article make you feel?