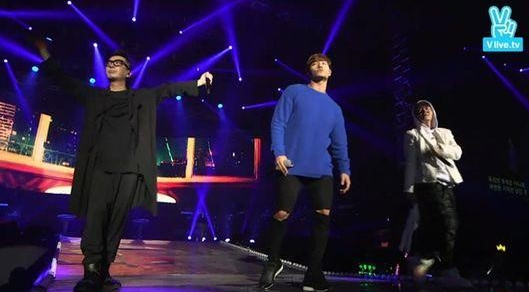 Despite having debuted 20 years ago, Turbo held their first solo concert on March 5 in Seoul, titled “Again in Seoul.” 2500 people were in attendance.

Turbo made a comeback late last year as a three-person group after 15 years away from the music scene. After performing some of their 90’s hits, Kim Jung Nam said, “We’re having this kind of concert for the first time in 21 years. Thank you for loving us until now.” 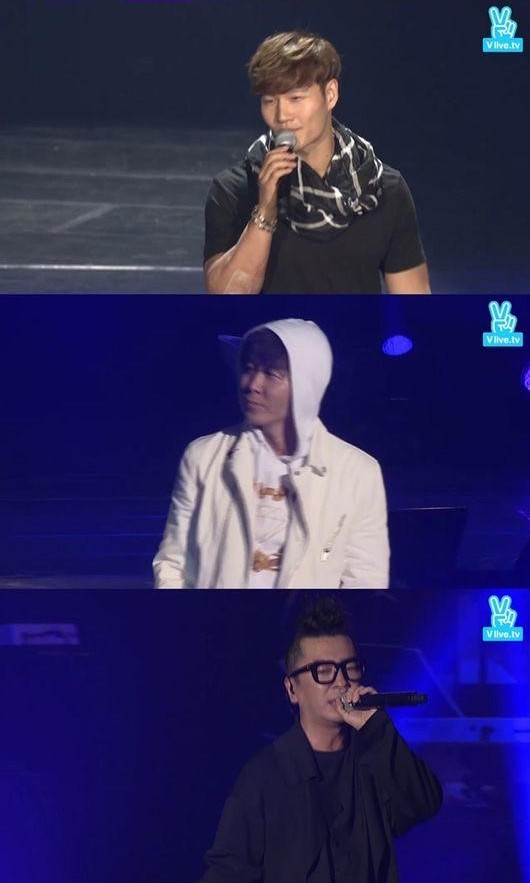 Mikey added, “Thank you so much for our first concert. I almost cried.” Kim Jong Kook joked, “Even though BIGBANG is having their concert near here today, you came to see Turbo instead. Thank you! Daesung didn’t warn me beforehand.”

During the show, Song Joong Ki came onstage wearing a paper bag, much to the delight of the audience. Kim Jong Kook thanked him for appearing, saying, “The drama ‘Descendants of the Sun’ is really hot lately. But even though he’s so busy, he came here. I’m grateful. His loyalty is amazing.”

Lee Kwang Soo made the whole audience laugh when he came onstage like Song Joong Ki, except he was covered with a black garbage bag. Kim Jong Kook observed that the reaction was very different for the two actors, but Lee Kwang Soo said loyally, “Kim Jong Kook is like family to me. He drinks only once a year but when he does, he drinks like crazy. He always calls us and listens to all our problems. He’s like my older brother.”

Another “Running Man” family member (Song Joong Ki was also part of the show during its first year), Yoo Jae Suk, also appeared through a video at the opening of the concert.