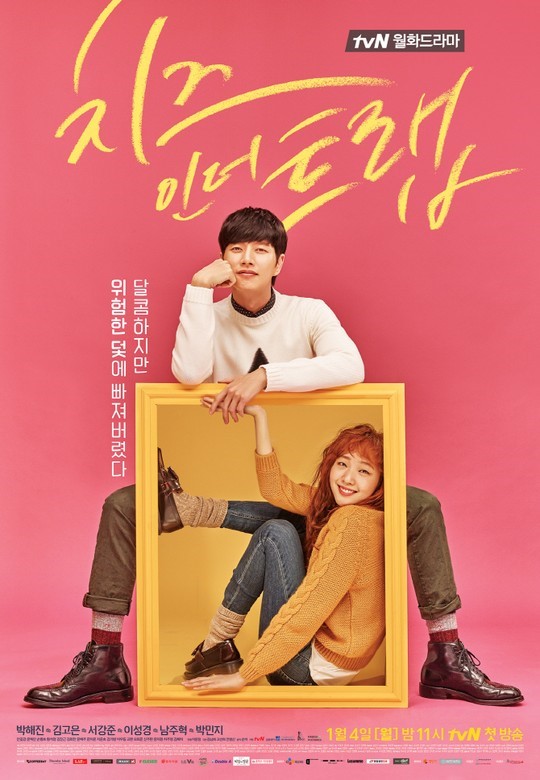 CJ E&M, the production company behind the release of the soundtrack for the recent tvN drama “Cheese in the Trap,” has responded to fans’ complaints about the lack of photos of actor Park Hae Jin in the soundtrack’s album jacket.

Fans have expressed their discontent over the fact that while images of Park Hae Jin, who played the male lead in the show, appear on photo cards in the recently released soundtrack, he cannot be found in the album jacket, unlike his co-stars Kim Go Eun, Seo Kang Joon, and more.

A representative of CJ E&M told Edaily Star on March 9, “It’s only possible to use stills or making-of photos that were taken on set if the actor gives their permission. In the case of the album’s photos, Park Hae Jin’s agency had only approved the use of the official posters, so no other photos were used.”

In response, a representative from Park Hae Jin’s agency WM Company states, “In regards to the OST, we were contacted by CJ E&M with a request to use the official posters. After that, we were not contacted by them again.”

tvN’s “Cheese in the Trap” is an adaptation of the beloved webtoon of the same name, and the drama wrapped up with its final episode on March 1. The recent development regarding the lack of photos of Park Hae Jin in the soundtrack album is naturally a particularly sensitive issue for many fans of the show who were unhappy with the decrease in focus on Park Hae Jin’s character in the drama adaptation, among other changes to the story.

Cheese in the Trap
Park Hae Jin
How does this article make you feel?