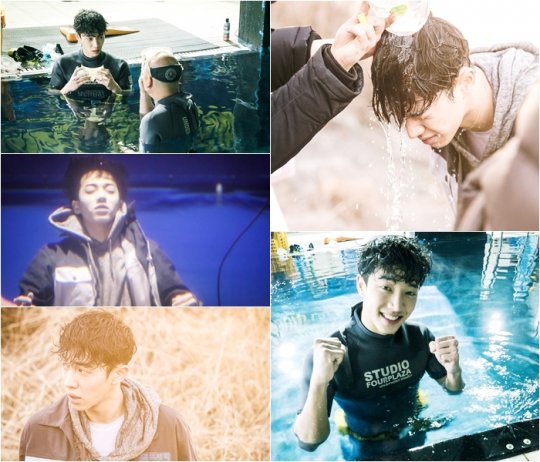 In the photos, Lee Gi Kwang is seen filming in a pool and in an actual lake looking completely soaked. Lee Gi Kwang is listening attentively to the professional’s words and looks very bright despite filming a difficult scene.

This underwater scene took two days to film. Although it was cold and Lee Gi Kwang was soaked from head to toe, he kept pouring water on himself and acted naturally. His character in the drama is blind, and Lee Gi Kwang even perfected that detail along with everything else.

The staff stated, “Lee Gi Kwang did very well for the two days of underwater filming. He did not complain or try to look tired. I think his passion to act well is giving him strength.”

Lee Gikwang
BEAST
Monster
How does this article make you feel?