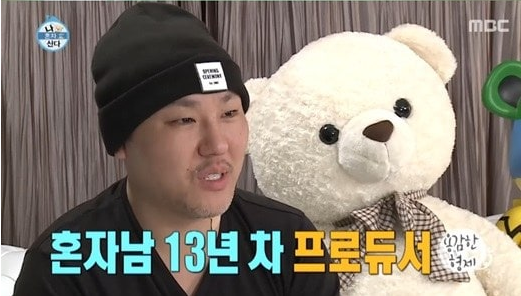 Producer Brave Brothers revealed his home on the March 11 broadcast of MBC‘s “I Live Alone.”

The music producer showed his luxurious penthouse with a large living room, multiple rooms, and a sophisticated kitchen.

Brave Brothers introduced himself on the show by saying, “I am a producer and I’ve been living alone for 13 years. I used to get into a lot of trouble when I was young and right when my parents thought I was growing up, I told them that I wanted to do music, which they couldn’t understand. I fought with them for a while and started living alone after finding a place to live in a factory.

The producer boasted that he even had two living rooms in response to Lee Guk Joo‘s comment that there were so many rooms in the house.

Brave Brothers
Home Alone
How does this article make you feel?