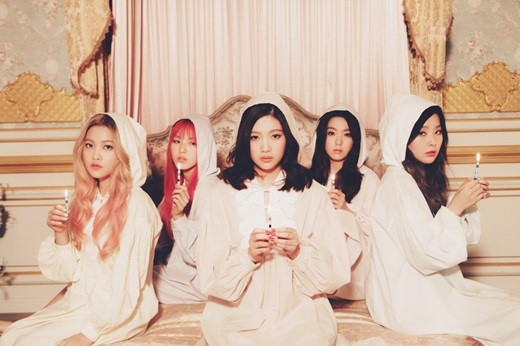 Red Velvet will be releasing all of the tracks for their second mini album, “The Velvet,” through various music sites on March 16.

The inclusion of the remake song, originally released in 1989, in the upcoming album hopes to attract the interest of music fans.

Sung by Wendy, Seulgi, and Joy, the track has a lyrical ballad-type of arrangement and is expected to receive lots of love for its beautiful expression of the pain of love and separation through the members’ impressive vocal abilities.

In particular, a part of the song was released on March 13 on Red Velvet’s official Instagram, piquing the curiosity for the album even more.

Meanwhile, Red Velvet’s new mini album, “The Velvet,” will be released offline on March 16 as well.