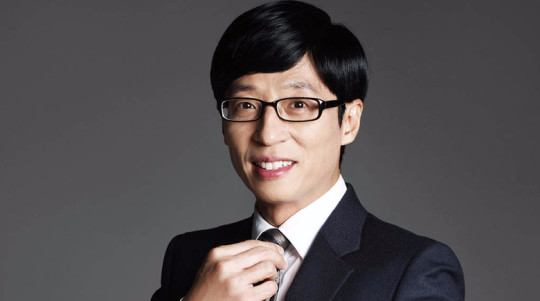 Yoo Jae Suk shows his support for his junior colleagues.

On March 18, the first episode of the FNC Entertainment’s web drama “Click Your Heart” was released. On the episode, Yoo Jae Suk made a voice cameo as a radio DJ.

Yoo Jae Suk’s voice was heard over the radio inside the bus the main characters Kwon Mina (Mina of AOA) and Baek Ju Ho (Ju Ho of NEOZ SCHOOL) were riding on.

The smooth voice of the DJ said, “Don’t look back and regret over something that made you smile. Hold on to it now. DJ Yoo’s Happy Date.” Yoo Jae Suk’s DJ voiceover was used to solidify Mina and Ju Ho’s relationship in the drama.

It is said that there was no written script for the line. Yoo Jae Suk apparently stepped up wholeheartedly to support his junior colleagues from the FNC Entertainment who are appearing in “Click Your Heart.”