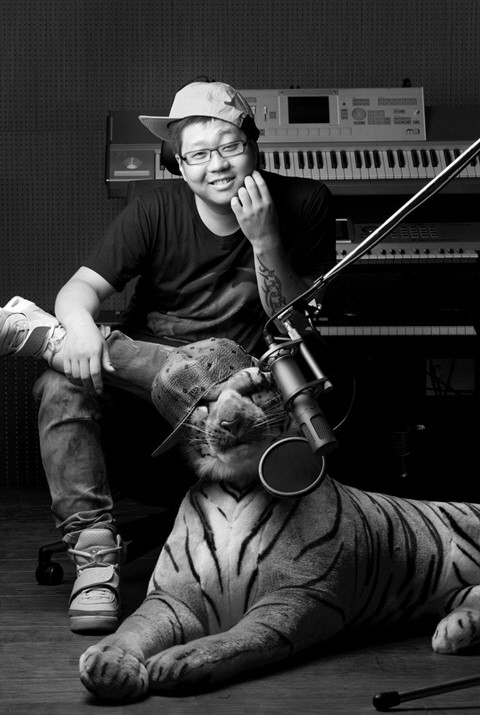 Shinsadong Tiger Speaks Up Regarding Alleged Involvement in Prostitution Scandal

Previously, it was reported that four female celebrities were indicted on charges of prostitution.

Shinsadong Tiger spoke up about rumors of his alleged involvement in the case.

On March 27, he posted a long message on his Instagram, starting it off with, “I’m posting this because I am fed up and tired.”

“Ridiculous rumors have been going around these days. It happened in 2013 too, but I never responded with an article because I was worried that people around me would be misunderstood even a little if I did,” he wrote. “I tried to do the same thing this time and kept the burden to myself, thinking ‘they will soon forget’ but I overheard people next to our table at a restaurant talking about me over drinks as if the rumors were true. I also heard that my cousin got into an argument with friends after receiving a text along the same lines.”

“I had kept everything to myself because I doubted a police investigation would do much good and thought that releasing a statement through an article would just make the issue bigger by spreading the rumors to people who didn’t know about it in the first place,” he added. “I am posting this now because I don’t want to be misunderstood anymore. I have not received any investigation regarding the recent news, and I have not even been contacted by the prosecutors’ office nor the police department. I flew out of the country for work as usual on the day that rumors started spreading. I am so sick and tired of this. Whenever this happens, my parents, family, and everyone who believe in me are hurt more than I am.”

As reported in a previous article, four female celebrities were indicted on charges of prostitution. In particular, singer “C,” was charged with having sexual relations with a Korean-American businessman in the U.S. and receiving 35 million won (approximately $30,000) in April of last year, according to the prosecutors’ office.

With the continued publicizing of the case, it seems innocent individuals are suffering from psychological harm after getting caught up in these rumors.

Shinsadong Tiger
How does this article make you feel?