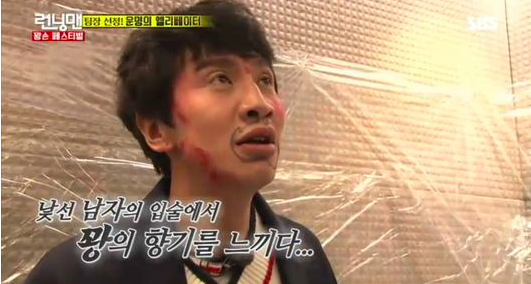 Lee Kwang Soo is so unlucky that it is as if the gods of variety shows are looking over his career.

On the episode of SBS’s “Running Man” aired on March 27, Lee Kwang Soo lives up to his title as the icon of unluckiness by losing all the matches.

During the show, the first Unlucky Hand Festival is held, and the staff picks out Lee Kwang Soo, Yoo Jae Suk, and Ji Suk Jin because they usually are the ones who get selected for punishments. Lee Kwang Soo, especially, is the main target and does not disappoint when he messes up from the start and picks out the only three punishment floors on an elevator.

Afterwards, during the real game, his bad luck continues. During the team game, he has to pick the stick that will not break, but unfortunately he picks out the one that immediately snaps in half. 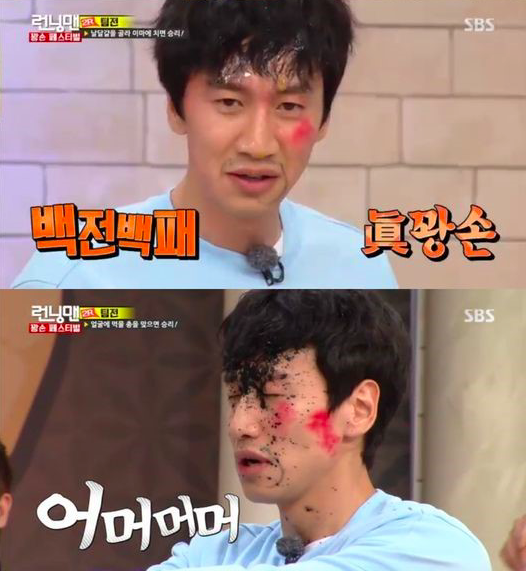 When he has to pick out the right toy knife of out a sea of toys, he manages to pick the one with a squid’s legs as the blade.

To top it off, when he has to determine the cooked eggs from the raw ones, he fails again and has a raw egg smashed against his forehead. The day doesn’t seem to get any better when he is attacked by a water gun filled with squid ink.

Even when he plays against the team leaders, the gods of variety shows seem to protect his side as he continues to bring laughter through his bad luck. When he has to choose from three cups, one containing Sophora tea (Gosam tea), he miraculously picks the bitter drink. Even when he has to choose between Choco Pies, he manages to pick the one with wasabi in it.

The most surprising part, however, is that Ji Suk jin wins the Unlucky Hand Festival despite Lee Kwang Soo’s consistent bad luck.

“You really are the unluckiest one,” the members tell Lee Kwang Soo as they pat him on the back. 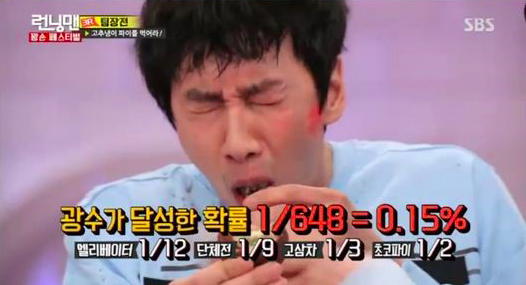