On the March 30 episode of MBC’s “Radio Star,” actor Namgoong Min appears as one of the guests and thanks his fellow actor Yang Joo Ho for helping him meet his girlfriend.

Namgoong Min is currently openly dating a model and actress Jin Ah Reum. The two met as a director and actress in the film “Light My Fire” produced by Namgoong Min. 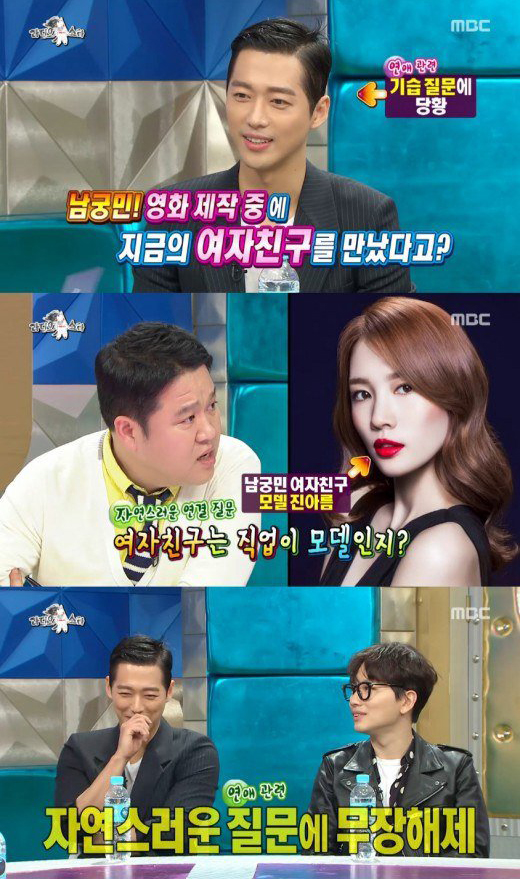 When asked how he met his girlfriend, Namgoong Min comments, “My friend Yang Joo Ho is the acting instructor for my girlfriend’s agency. He was instrumental in setting up dinners with her and that’s how we exchanged our numbers. He generally has a good feeling about things and has a good network of friends.” 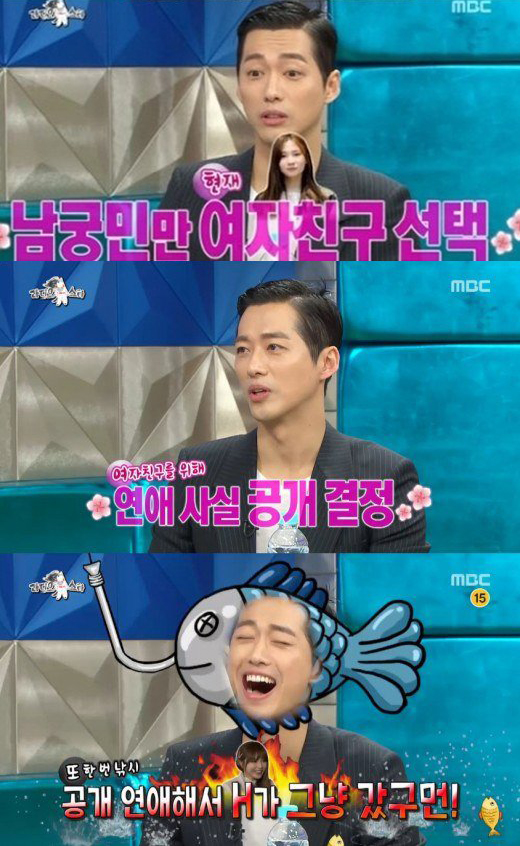 Namgoong Min adds, “I didn’t have to say anything, but he’d call and say ‘Ah Reum is coming to my class today. Do you want to have dinner with us?’ I’m grateful to him.”

Talking about his girlfriend who is also the lead in his movie, he expresses his love for her saying, “She’s patient and mature. This is the first time I’m dating someone openly, but there are many advantages. I recently put an event together for her birthday.”

Watch the clip of Namgoong Min from “Radio Star” below.