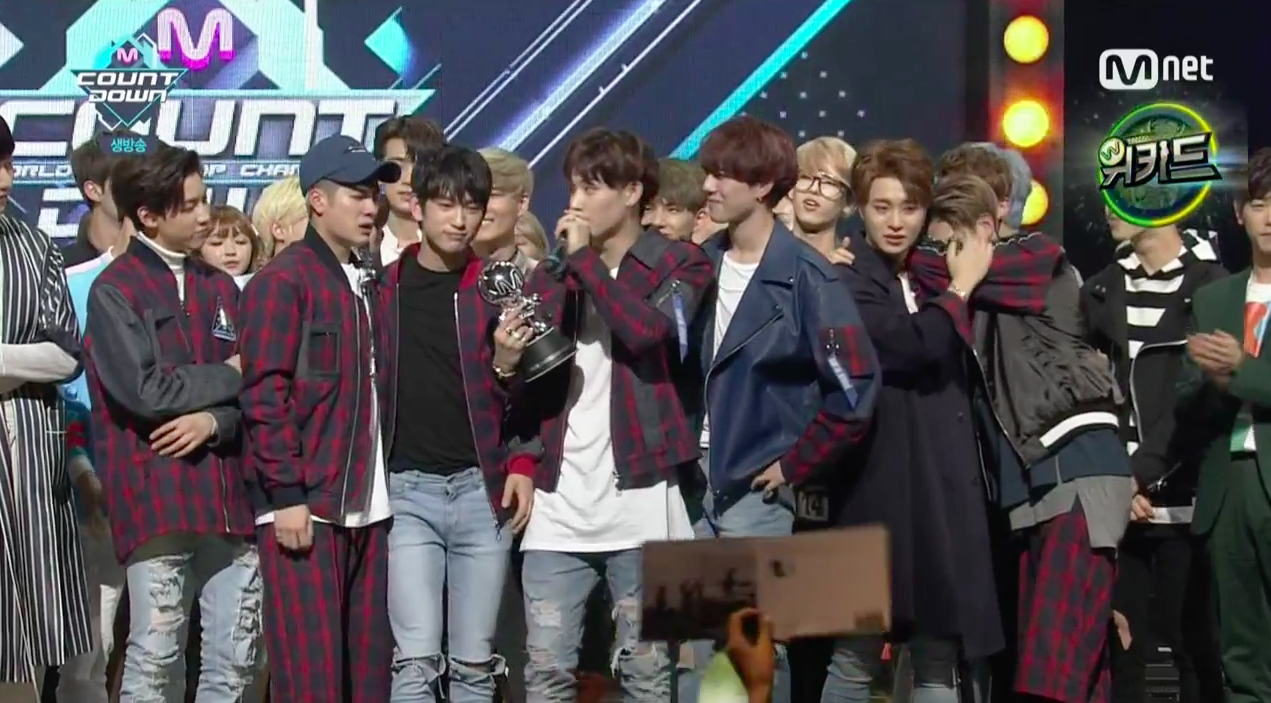 GOT7 Grabs 2nd Win for “Fly” on “M!Countdown,” Performances by DAY6, Hyosung, MAMAMOO, and More

On March 31’s episode of “M!Countdown,” GOT7 takes home their second trophy for their title track “Fly” off their new mini album “Flight Log: Departure”!

GOT7 was up against MAMAMOO for the win this week, and the race was incredibly close, with GOT7 grabbing first place with 7032 points to MAMAMOO’s 7029.

This is the group’s second win with “Fly” after taking first place on “The Show” earlier this week! The guys get clearly emotional during their acceptance speech, and some of them cry as they all thank their composers, staff, family, fans, and JYP family for everything.

This was also a big night for GOT7’s label mates, JYP Entertainment’s rock band DAY6, who finally performed for the first time ever on a music show. They made their debut with their track “Letting Go” off their second mini album “Daydream.”

March 31’s episode of “M!Countdown” also features comebacks by BTOB, Oh My Girl, Secret’s Hyosung, N-Sonic, and Boys Republic. There is also a special stage by MAMAMOO and performances by Red Velvet, T-ara‘s Hyomin, FIESTAR, ASTRO, and many more!

Check out GOT7’s performance and win, as well as the night’s other great performances!

Red Velvet – “One of These Nights”

Congrats to GOT7 on their second win!