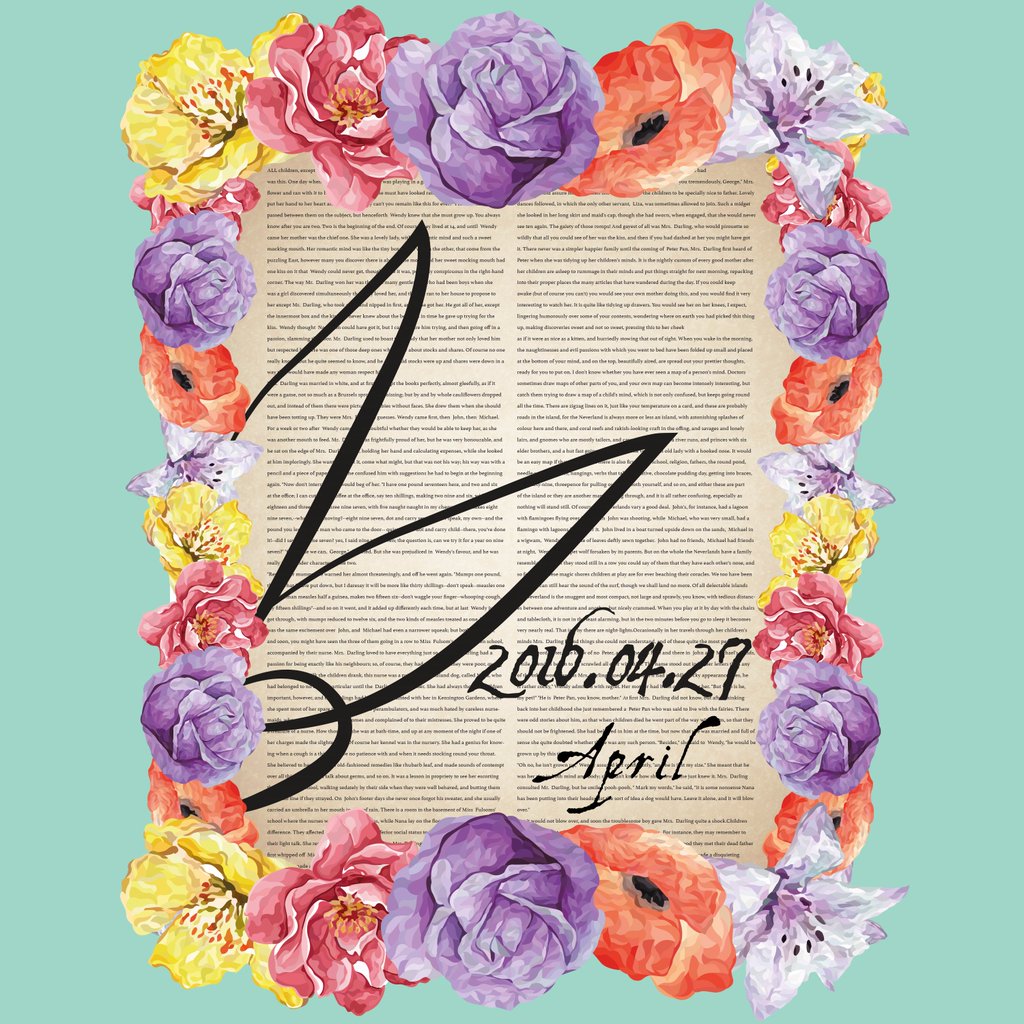 Girl Group April to Make a Comeback With New Album

It has been reported that girl group April will be making a comeback with a new album on April 27.

On April 4, the group’s agency, DSP Media, revealed a teaser poster with details of their comeback on their official social media channel.

In addition to the exact comeback date, the poster shows a frame of flowers with texts on the inside and a drawing reminiscent of a butterfly wing.

Curiosity is mounting on the concept for their comeback as they have delighted fans with various styles in the past such as girls of the alps, girl scouts, and santa girls.

With the consecutive new song promotions by noteworthy girl groups Mamamoo and Oh My Girl, people are wondering if DSP Media’s next generation girl group April will be able to continue the female idol popularity streak.

Their good-natured competition with JYP Entertainment‘s Twice in the same month is expected to attract interest as well.

Meanwhile, April has been recognized as a rising girl group for achievements such as being nominated for first place on a music program within a week of debuting with their song, “Dream Candy,” last August and earning the female rookie of the year award at the Republic of Korea Entertainment Awards.

Are you excited for April’s comeback?