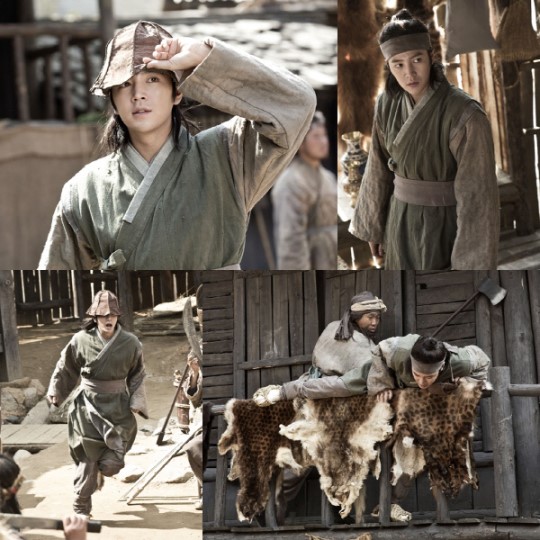 Actor Jang Geun Suk is hard at work on his role as the king’s forgotten son Dae Gil in SBS‘s Monday-Tuesday drama, “Jackpot.”

Dae Gil is a character that is forced to leave the castle and survives taking an arrow to the chest and falling from a cliff. Expectant viewers are looking forward to how well Jang Geun Suk will fit the role of Dae Gil, whose destiny forces him to be anything but ordinary.

Jang Geun Suk’s acting enthusiasm was alluded to in a meeting between “Jackpot” staff and journalists. Director Nam Geon and writer Kwon Soon Gyu didn’t hide their strong trust and approval of experienced actor Jang Geun Suk. They hinted at the actor’s hard work while mentioning scenes in which he falls into a mud flat and an outside bathroom. They also mentioned his passion for “Jackpot,” which is his first small screen appearance in two years.

Meanwhile, the third episode of “Jackpot” to be broadcast on April 4 will feature young actors Yeo Jin Goo (Yeon In Gun, future King Young Jo) and Lim Ji Yeon (Dam Seo), in addition to Jang Geun Suk. Jang Geun Suk especially is expected to be running and rolling on the ground on his first appearance on the drama.

The stills from the filming for episode 3 that was released by production staff shows the actor with an old soldier’s hat covering half of his face, running around here and there. In one image, he is going over a handrail to escape an axe-wielding bandit while in another he’s looking around with a sharp gaze, as if he is investigating something secretly.

Check out the latest episode for “Jackpot” below!

Jang Keun Suk
Jackpot
How does this article make you feel?