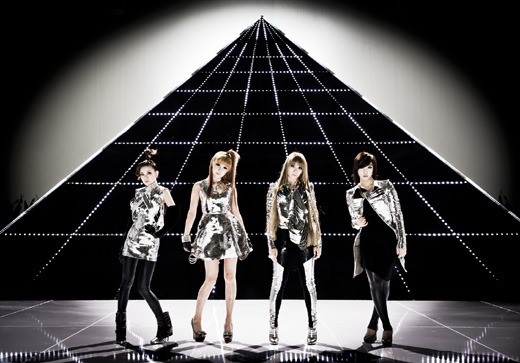 After reports regarding 2NE1‘s Minzy being in talks with different agencies surfaced, YG Entertainment held a press conference to give an official statement about 2NE1’s future as well as the rumors about Minzy leaving the group.

YG Entertainment has explained that 2NE1 will be continuing forward without Minzy.

“This is YG Entertainment’s official statement regarding the rumors of 2NE1 disbanding.

“We are sorry to bring this regrettable news to 2NE1’s fans who have waited for a long time.

“We are officially informing you that 2NE1’s maknae Gong Minzy will no long be able to be a part of 2NE1.

“YG’s contract with 2NE1 expires on May 5, 2016. Last January, we had individual face-to-face talks with each member regarding renewing their contracts and showed our desire for the group to reform. Unfortunately, Gong Minzy did not feel the same.

“Having to say goodbye to a colleague who has been with us since she was a trainee for 11 years is really difficult. However, we fully understand and respect Gong Minzy’s position as the group had to suddenly halt promotions two years ago. Thus, it is true that we feel more sorry rather than feeling unsatisfied.

“After announcing Gong Minzy’s decision to leave the group, the other members were confused and asked, “Will 2NE1 disband like this?” Yang Hyun Suk met the three members and said, “I want to protect 2NE1 until the end no matter what. When it get’s difficult let’s gather together and be strong and overcome this.” Showing this strong will, the other three members are preparing a new song with a summer comeback in mind. There will be no additional members added to replace Gong Minzy.

“2NE1 is a girl group who has received a lot of love from domestic and international fans, enough for a world tour, for seven years since they debuted.

“Even from an international perspective, it’s not easy to keep a group active for more than seven years.

“In fact, it’s nearly impossible to do so without overcoming various crises and difficulties.

“Like the crisis the group experienced when they had suspended all official activities due to the incident two years ago, we will do our best to overcome this case of one member leaving the group as well.

“YG and the members promise to make a strong resolution for fans who have trusted 2NE1’s music and waited.

“We will promise to return with the most 2NE1-style and 2NE1-appropriate music.

What are your thoughts on this news?

Soompi Spotlight
2NE1
How does this article make you feel?