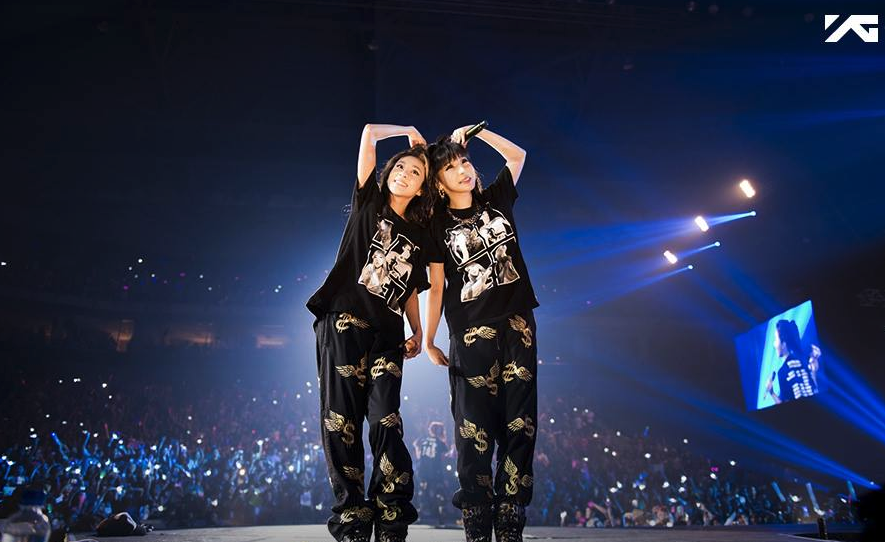 2NE1’s Park Bom Spotted in the Philippines With Sandara Park

With the recent news of 2NE1′s Minzy leaving the group, news about Park Bom and Sandara Park’s recent visit to the Philippines has been brought to attention.

Sandara Park was recently in the Philippines for Penshoppe and other promotions. It appears as though Park Bom joined her later as the pair were spotted at Enchanted Kingdom theme park.

Fans were excited to see the pair, especially Park Bom who has been staying out of the spotlight for some time.

Sandara Park also shared photos from her stay through her Instagram account. However, her photos do not reveal Park Bom. She did include a video of a roller coaster presumably from Enchanted Kingdom.

Hopefully we will see the pair together more often as YG Entertainment has revealed that they are aiming for a summer comeback.

Sandara Park
2NE1
Park Bom
How does this article make you feel?