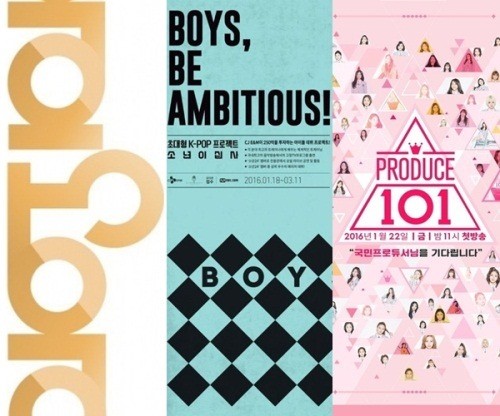 As reported previously, fans who were left with wanting more after the end of Mnet‘s idol survival show, “Produce 101,” have a new show to look forward to.

11 members of new girl group I.O.I were recently decided, following the final episode of “Produce 101.” Composed of trainees from various different agencies (including JYP, Jellyfish, Fantagio, M&H, Redline, Pledis, MBK, and Starship Entertainment) the group will be officially debuting with a unique concept in May.

After moving viewers to laughter and tears, anticipation is growing for the future of I.O.I and the remaining 90 trainees.

Following the reaction to the female version of the show and in addition to the previously announced “Boys24” male group project, which is expected to begin performances in August, Mnet is now reportedly preparing a new show, this time with male trainees.

The exact structure and concept behind the male version of “Produce 101” is yet to be decided but the target air date has been set to December of this year or January 2017. Due to the intense popularity of the female version, potential viewers are curious of the interactions between the new trainees and producers on the second season of “Produce 101.”

Are you looking forward to this new idol survival show?