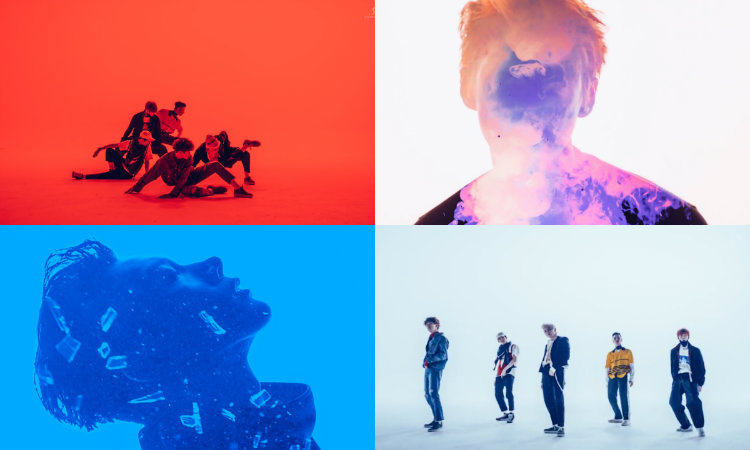 Watch: SM Entertainment’s NCT U Opens Your Eyes to “The 7th Sense”

NCT U has dropped the performance music video for “The 7th Sense,” for an uninterrupted eyeful of the group’s sharp choreography:

The full music video for “The 7th Sense,” by SM Entertainment‘s newest group, NCT U, is out.

This past January, SM Entertainment (hereafter “SM”) announced its plans for the debut of a new group this year, called NCT (Neo Culture Technology). This new group would be different from past idol groups, with an openness to member additions and different formations for teams. Under the brand of “NCT,” different teams would debut, based in different countries around the world. There would be various collaborations and units formed between the different groups, allowing for movement of members and new recruits into the groups. There also wouldn’t be a set member number for these groups.

Earlier this month, SM finally revealed the first unit for NCT, called NCT U. There are two NCT U groups, each having different member organization. The first group has released the first NCT U single today, called “The 7th Sense.” The second, “Without You” is expected to be released tomorrow.

Jaehyun, Mark, Ten, Taeyong, and Doyoung participated in producing “The 7th Sense” which is described as having a hip-hop groove with a heavy base sound. Through the song, listeners are introduced to the “the seventh sense,” and the music video shows the performance and dance skills of the group.

As for “Without You,” members Taeil, Jaehyun, and Doyoung worked to create the dance EDM song.

The group will hold their first official debut stage on KBS2′s “Music Bank” airing April 15. NCT U will perform “The 7th Sense” and “Without You.”

NCT U will also debut in China at the same time as Korea. Their first stage in China will be on “Top Chinese Music Awards.”

What do you think of the group and its sound so far?