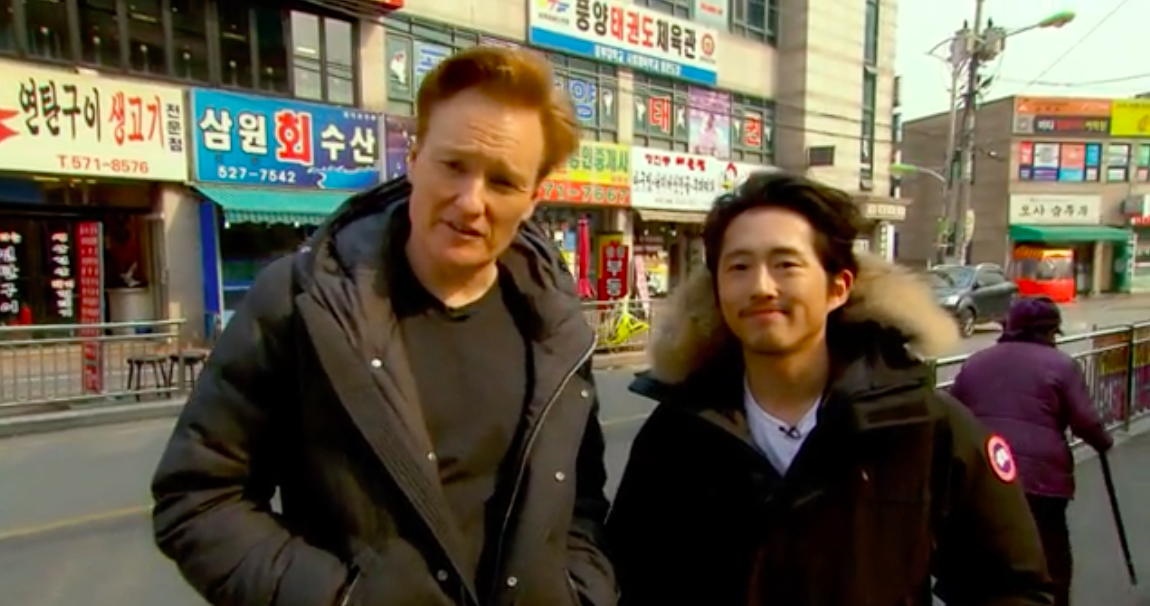 While Conan O’Brien and Steven Yeun flew to Korea to film an MV with Park Jin Young in February, “The Conan Show” documents their misadventures as tourists in Seoul. In an official clip uploaded to Conan O’Brien’s website, the comedian introduces Steven Yeun as his guide “who really knows the country.”

After showing off (and thoroughly confusing) an old woman, the two wander around, entertaining a group of young children and bystanders with increasingly frustrated attempts to win at a crane game. Afterwards, the pair go to a Korean restaurant, where Steven Yeun totally fails to explain the dishes they order. 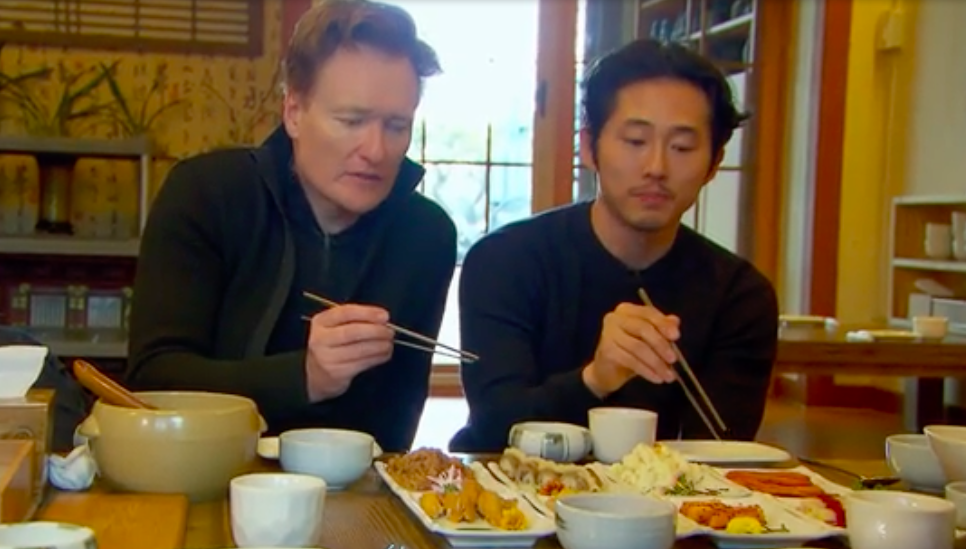 You can watch the clip in its hilarious entirety by clicking here!

Steven Yeun
The Conan Show
Conan O'Brien
How does this article make you feel?