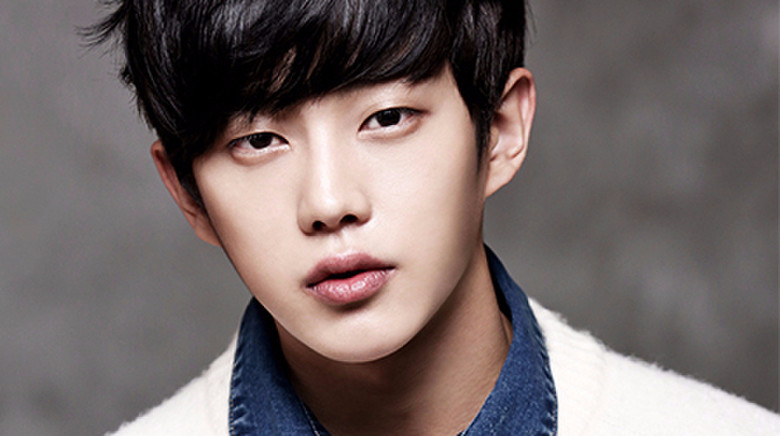 Actor Kim Min Suk, notable for his bromances with Song Joong Ki and Jin Goo in “Descendants of the Sun,” sat down for an interview regarding the popularity of the drama.

Playing a supporting role who has connections with all four main characters, Kim Min Suk’s popularity has risen greatly as well. Regarding his popularity, the actor commented, “I don’t know if it’s because the drama is good but I don’t think I can take the credit for my popularity right now” and “I’m just someone being carried by the writers, director, and main characters.” Although he was grateful for the sudden attention, Kim Min Suk also felt like he needed to do better in the future.

The actor went on to comment on the actors/actresses playing the four main characters.

Regarding Song Joong Ki, he said, “Even though he is probably tired, he really takes care of the staff. He even calls each of them by name after memorizing all of them. I think he’s a great actor and I want to take after those parts of him.” He revealed that Song Hye Kyo was a very “charismatic woman” who is very kind and easy-going, in contrast to other top stars who he heard did not talk much. He praised Jin Goo by saying that he “is similar to Seo Dae Young. He is very honest and takes good care of his juniors. He would do the rehearsals first for us and buy us good food. I was very happy for seven months thanks to [Jin Goo] hyung.” Lastly he said that Kim Ji Won is kind and that “everything she does is pretty… She has a very kind personality to the point that it that makes you wonder if it’s all an act.”

When asked the question of who he would choose between Yoo Si Jin (Song Joong Ki) and Seo Dae Young (Jin Goo) if he were a girl, Kim Min Suk answered Seo Dae Young without hesitation. The actor explains, “I think I would be uneasy if a guy like Yoo Si Jin was my boyfriend because he makes a lot of jokes and is too perfect. In contrast, I think Seo Dae Young is desirable because he is simple and honest.”

With “Descendants of the Sun” coming to an end this week, watch the first episode below if you haven’t already:

Descendants of the Sun
Kim Min Seok
How does this article make you feel?