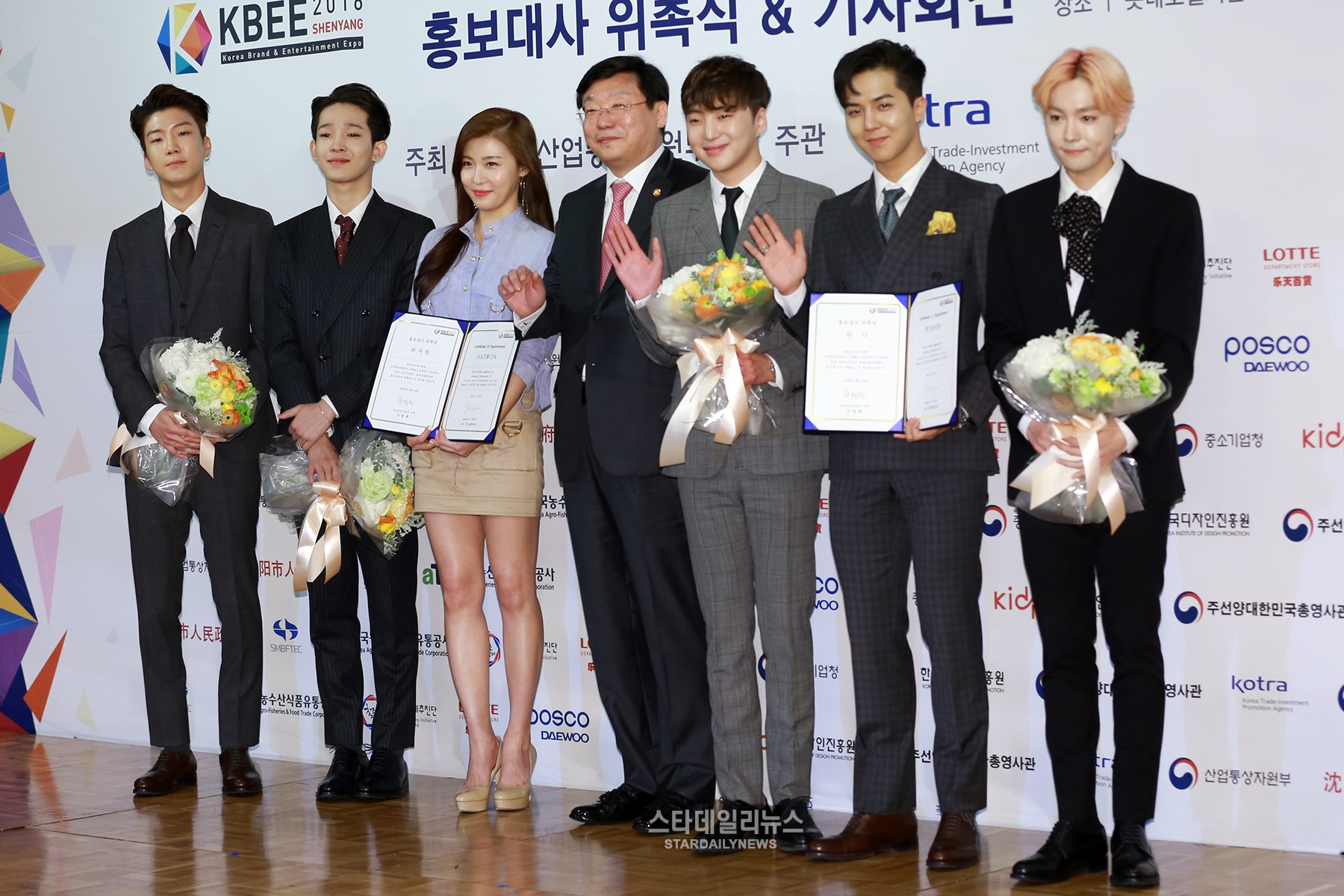 The Expo was held in order to expand trade exchanges between companies in Korea and China under the Free Trade Agreement.

Ha Ji Won commented, “Thank you for appointing me as an ambassador. I am happy to know that not only Hallyu but also other Korean industries are being spread throughout the world. My wish is for the cultural exchange between Korea and China to flourish. It’s not much but I hope I can be of help through my services and I will work hard.”

WINNER member Kang Seung Yoon spoke on behalf of the group, “This is an honor, especially because we receive a lot of love from China. We would like to thank you for appointing us here where Korea and China can strengthen relations.”

Kang Seung Yoon continued, “Because we receive so much love, we were looking for a way to give back and so we are grateful to be appointed as honorary ambassadors. ”

The WINNER member added that Chinese fans are very passionate when they come to see performances and that he was thankful to them for studying Korean, even though they are international fans.