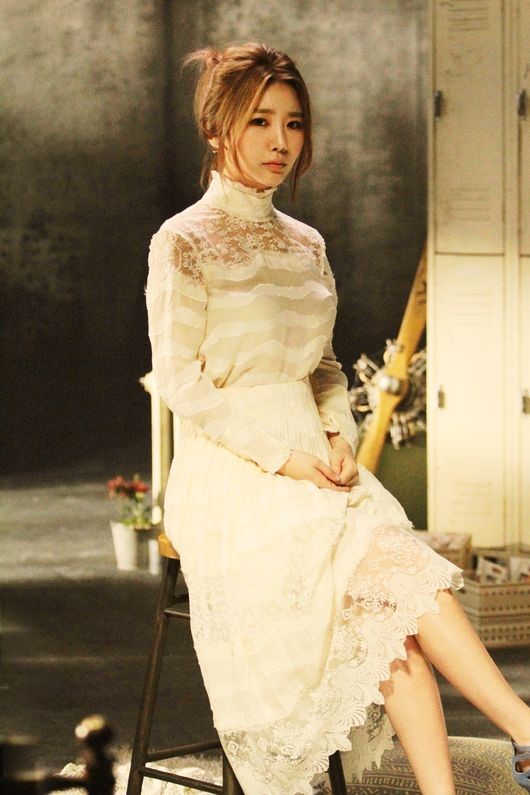 Brown Eyed Girls member Jea has assured fans that her long term relationship with her boyfriend is going strong and that he has been supportive of her new single “Bad Girl.”

On April 14, she met with reporters at a café in the Kangdam district and spoke about her new solo “Bad Girl,” revealing that, “although it is a sad emotional ballad, it has a feeling of spring and I think I sympathize a lot with the lyrics.”

The song was written, composed, and produced by Brown Eyed Soul member Jung Yeop. It is a track that tells the story of another love that has appeared and along with Jea’s husky vocals, it makes for a charismatic track.

Jea also revealed that her 6-year relationship with producer Choi Pil Kang is going well, saying that as a fellow musician, her boyfriend also likes her new solo track. She shared, “As a composer, he was listening only to the melody but when I told him to also look at the lyrics, he liked it as well and was surprised.”

On April 15, Jea will be making her comeback as a solo artist for the first time in three years and has planned many promotional activities to meet with the fans who have been waiting for her return.