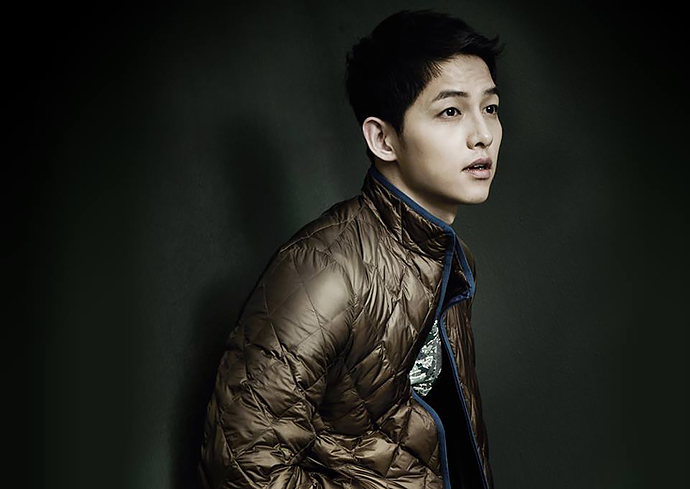 With the recent end of his beloved drama “Descendants of the Sun,” actor Song Joong Ki is constantly being referred to as a “Hallyu star.” “Hallyu” is a term that means “the Korean Wave” and refers to the outflow of Korean culture to other countries abroad.

But who does he think is the real Hallyu star?

“I can’t get used to the idea of being a ‘Hallyu star,’” he said in a recent interview. “I think that this is just a brief wave for me because of the drama. Song Hye Kyo is the real Hallyu star. She’s been working abroad for many years now. I still have a lot of work to go.”

He added, “I also think the ‘Asian prince,’ Lee Kwang Soo, is a true Hallyu star.” The two actors have been close friends since they appeared on “Running Man” together in 2010.

“Lately, I’ve been worried about losing sight of my beginnings,” he concluded. “I don’t want to forget my roots, but I don’t want to think too much about them so that I can’t grow further. I think I just have to live the way I’ve always done.”

Catch Song Joong Ki in the “Descendants of the Sun” finale below!

Lee Kwang Soo
Song Joong Ki
Song Hye Kyo
Descendants of the Sun
How does this article make you feel?