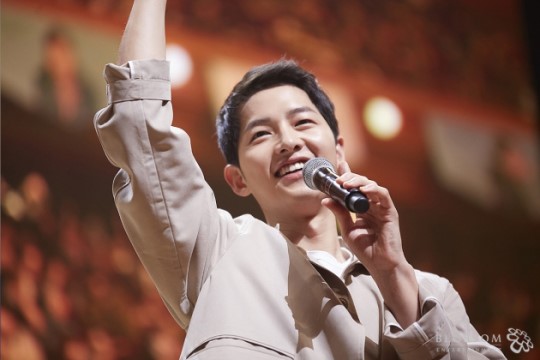 As reported previously, actor Song Joong Ki made time in his busy schedule to meet with his fans on April 17, in order to return the love he has received so far.

The fan meeting went on for about four hours under the theme of “The Day We Reunited,” with 4000 members of his official fan club, Ki Aile, and others in attendance.

The event was organized where Song Joong Ki and the fans had a lot of chances to interact with each other and the actor did his best to answer everyone’s comments with sincerity. 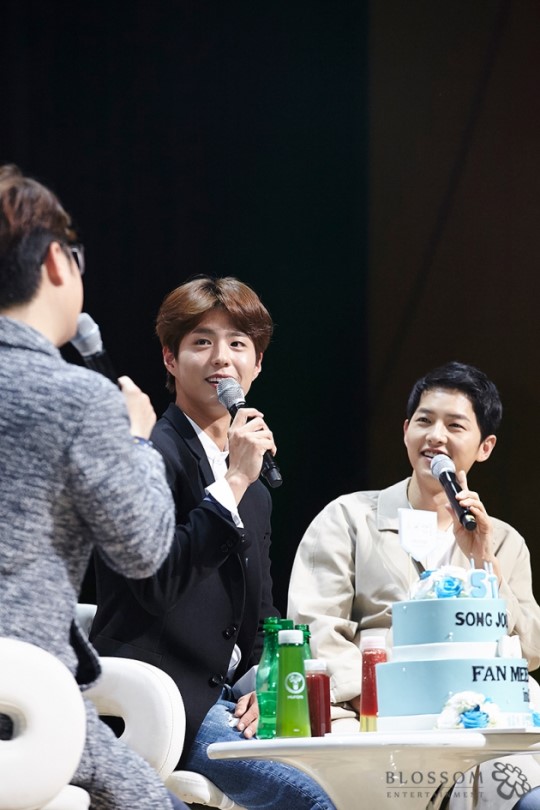 As for guests, the actor’s junior from the same agency Park Bo Gum, who personally designed the logo for the fan meeting, made a surprise appearance at the event and shared a warm story about how Song Joong Ki even made a call while in the army to check how Park Bo Gum was doing and to offer advice.

Best friend from “Running Man” Lee Kwang Soo also showed up to support him saying, “I can vouch, of all people, for his loyalty.”

In addition to his male buddies, singer Gummy made an appearance to sing the “Descendants of the Sun” original sound track, “You Are My Everything.” Song Joong Ki also moved fans by singing two songs as well. 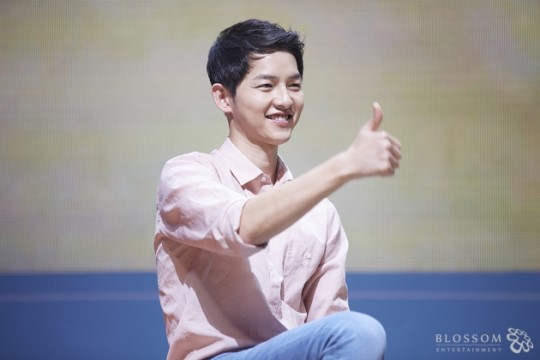 The actor even prepared a handwritten letter and read it out loud saying that he was sorry for making fans wait and that he was grateful for their patience. Song Joong Ki added that, “I believe my second life as an actor has just begun and I will work to become one that will not let you down. I sincerely hope that you will be happy in every moment of your life.”

The actor also said that he would be donating all of the proceeds earned from the fan meeting.

Meanwhile, with the Seoul fan meeting as a starting point, Song Joong Ki will be going on his “2016 Asia Tour Fan Meeting” after the end of the mega popular drama, “Descendants of the Sun.”