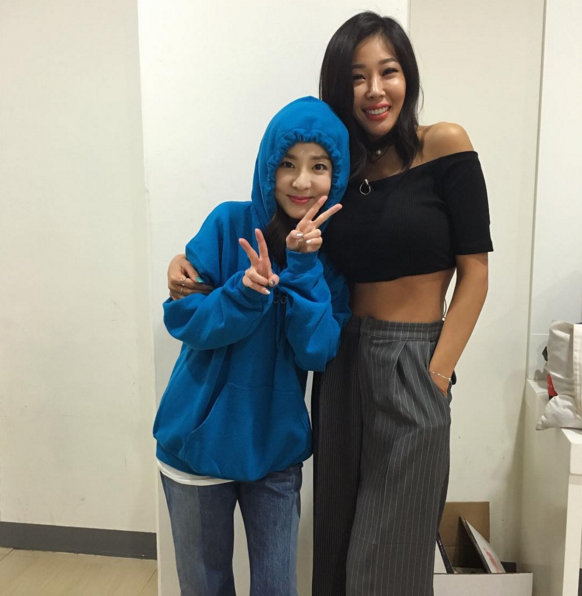 On April 20, Jessi shared a photo of Sandara Park on her Instagram in which Sandara Park is wearing a hoodie tight around her face and looks adorably petite next to Jessi.

Jessi writes as the caption, “She looks like my younger sister. Love this girl.” She adds as the hashtags, “Out of all the women I’ve ever seen, she’s got the youngest-looking baby face,” as well as “Cuteness overload” and “Can I put her in my pocket?”

The pair seem to be preparing for Jessi’s appearance on the show “Sugar Man,” which Sandara Park co-hosts. Jessi will be teaming up with Phantom’s Hanhae on the show’s next episode to go head to head in a performance battle with pre-debut girl group I.O.I. Their episode is set to air on April 26.

Jessi
Sandara Park
2NE1
How does this article make you feel?