As reported previously, actor Song Joong Ki participated in the April 20 filming for “Hurry Up Brother,” the Chinese version of “Running Man.”

On April 21, several photos of the actor were uploaded on Sina Company’s Weibo account.

Song Joong Ki is wearing a suit, reminiscent of his character from “Descendants of the Sun,” and is seen being very relaxed and enjoying himself while drinking something and walking around. 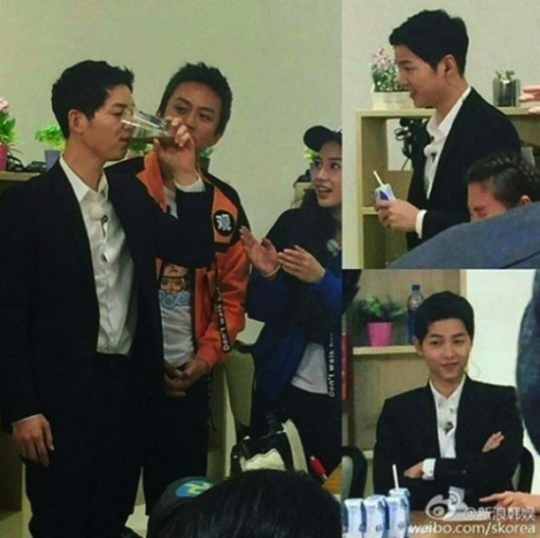 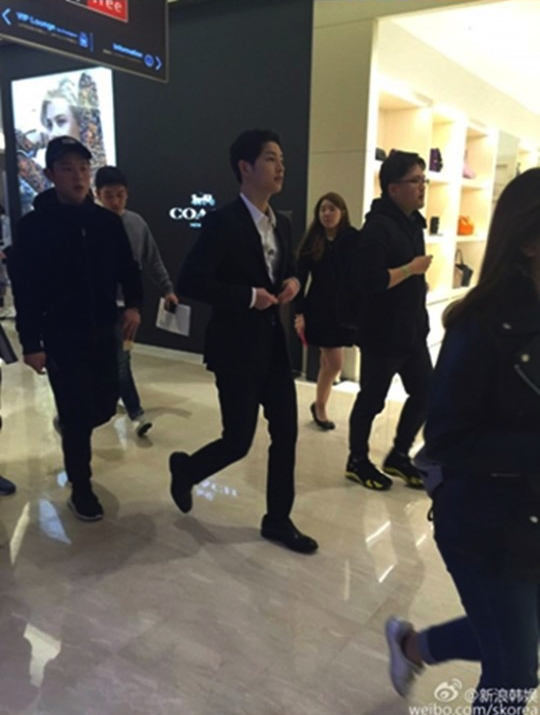 In one photo, the actor is migrating to another filming location with former EXO member Luhan and the other Chinese members, raising the anticipation for this particular episode.

Meanwhile, it was revealed that the reason why Song Joong Ki participated in the Chinese “Running Man” was due to his close relationship with the former PD of the Korean version, who now supervises “Hurry Up Brother.”

Song Joong Ki
Hurry Up Brother
Descendants of the Sun
Running Man
Luhan
How does this article make you feel?